Peter Ash
The Golden Ticket – Opera to a libretto by Donald Sturrock, based on the book Charlie and the Chocolate Factory by Roald Dahl 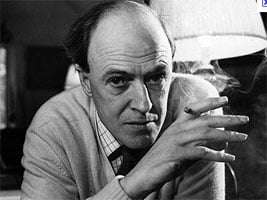 It must be tricky to write an opera based on a famous children’s book that will appeal to the young of today – especially given their exposure to film and computer-games full of CGI effects. Keeping them entertained with the artificiality of the theatre and interested in a musico-dramatic art-from they may not really understand or have experienced is always going to be an bit of a struggle. And yet, there were plenty (if still not enough) children in the audience of this final performance of the European premiere run of Peter Ash’s “The Golden Ticket”, and to judge by their faces and enthusiastic response they seemed to be enjoying themselves. There was also a great deal of humour in both the piece and James Robinson’s staging to entertain the adults as well, and the book’s messages about the risks of indulging children and of allowing them over-exposure to TV and modern gadgetry came across strongly.

The music and libretto (admirably clear at this performance) also allows a few operatic and musical jibes as well. The pure and innocent Charlie is composed for a boy treble, but the other ‘children’ for adult singers given extensions of stock operatic types. So Violet Beauregard is voiced as a feisty, flighty coloratura soprano, Augsutus Gloop, by a mock-heroic tenor (shades of ‘Nessun dorma’ and other Puccini arias emerged before he dived into the chocolate lake and was drawn up into the pipes of Willy Wonka’s chocolate factory), the weapon-toting Mike Teavee by a countertenor and the odious and materialistic Veruca Salt by a more dramatic soprano.

Peter Ash’s musical style has individuality, glassy and clean sonorities and a restless rhythmic vitality; it is also melodic and atmospheric. There is clever use of the chorus, too; the close-harmonic commentries of the chorus of Oompah-Loompahs describing the fates of the inadequate children were memorable interludes. There also was the use of leitmotifs linked with certain characters such as Charlie himself; the music associated with Willy Wonka was suitably malleable, unsettled and enigmatic. The members of the orchestra, under Timothy Redmond, seemed to relish the complexity of writing that put them through their paces – the quieter and more reflective moments of the score were magical and intense. The slightly sad variant of ‘Happy Birthday’ was an instance in point. 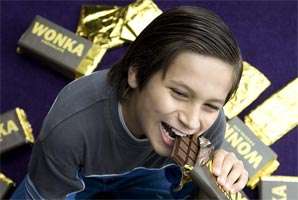 Wexford Festival Opera had shared the production with the Opera Theatre of St Louis, and the staging was fun to watch, atmospheric to look at and had some fun visual tics and inventive costuming too. There were amusing attempts to get the audience involved in the scenes involving the newscaster Candy Mallow (these might have worked better with American audiences). I liked the bed that Charlie’s quartet of grandparents shared that seemed to wheel itself about, but there was something humourously undermining about the theatrical effect when the four singers’ feet suddenly appeared below the mattress whenever momentum was required! There was imagination in the way that the characters moved through the chocolate factory, and in the way that Violet, on unwisely sampling the prototype one-meal bubble-gum, expanded visibly into a big blueberry that required juicing, and also the miniturisation of Mike Teavee was funny too.

The singing was generally excellent – and most of the cast were new to their roles. Michael Kepler Meo, the production’s original Charlie, displayed a solid and bright treble voice and was apparently unfazed by the complexity of some of the music he was given. Wayne Tigges was a warm voiced Willy Wonka, and he managed to capture the unpredictability of the character. Both these singers were very slick in their routines.

The four grandparents were a harmonius bunch; Frank Kelley a benevolent Grandpa Joe, and Miriam Murphy as a Rich voiced Grandma Georgina – though she was even better as the smug Mrs Gloop. Owen Gilhooly’s warm baritone was heard to advantage as Lord Salt, and he deftly acted his character’s tricky relationship with his wilful daughter – definitely a love-hate relationship. nOah Stewart made what he could of the blustery tenor heroics of Augustus, and the sheer force of David Trudgen’s countertenor made Mike Teavee seem a real and rather scary oddball. Kiera Duffy’s forays high above the stave were both accurate and amusing.

What the cast exhibited was a commitment to the work and an enjoyment of it. It will be interesting to see if this production travels further and if the work itself has staying power. It certainly provided a light and diverting evening in the theatre.