[This review is of two identically programmed concerts, given on 25 & 26 May] 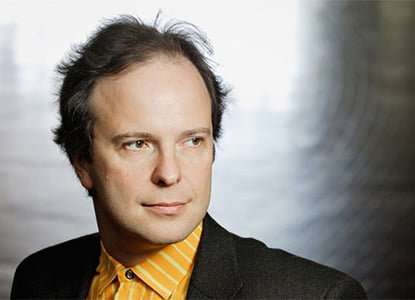 The Vienna Philharmonic Orchestra is hardly synonymous with the performance of contemporary music, but perceptions can so often be misleading (who would have imagined this ensemble would have proved to be so authoritative in Janáček prior to its groundbreaking recordings with Sir Charles Mackerras?), so the opportunity to hear it in performances of the latest symphony by arguably the greatest living composer were not to be missed. In the event, these performances were little short of a triumph for the VPO and Sakari Oramo, who has built no mean rapport with the orchestra since replacing Lorin Maazel in a Sibelius concert some 18 months ago.

Completed in 2011 and premiered in Helsinki last September by the Helsinki Philharmonic under John Storgårds (who also gave the well-received UK premiere with the BBC Symphony Orchestra in March), Per Nørgård’s Eighth Symphony continues on from its two predecessors in its essentially Classical approach to the genre. Playing for a little under 30 minutes, its three movements each pursues an intriguing take on an age-old form which yet emerges with striking fluidity and flexibility. Thus the opening movement evolves its initial ideas in a gradual and cumulative curve of activity which culminates in the magical crystallisation of these motifs on tuned percussion, while the central Adagio unfolds in densely luminous waves of sound such as recalls Nørgårdian practice going back four decades, before the finale complements this with its ratcheting percussion and intonational punning on the way to a coda of the purest radiance. 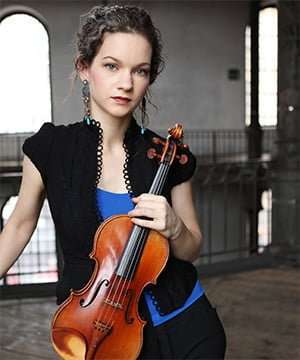 Having ‘broken in’ the VPO by recording Nørgård’s often-Sibelian First Symphony a fortnight ago, Oramo proved a confident exponent of music which reveals its subtleties but slowly. Perhaps its most demanding aspect is the extensive deployment of a large and diversely constituted orchestra which plays at a predominantly quiet volume, thereby placing clarity of detail at a premium. That this potential failing was so audibly solved was in part a tribute to the excellence of the Konzerthaus acoustic, yet also to the alacrity with which the VPO took to this singular idiom. A pity that the composer (currently hospitalised in Copenhagen) was unable to attend these performances, but the recording of this and the First Symphony is due from Dacapo early next year, and one can hardly imagine that he will be other than delighted with the outcome.

On both evenings, the first half featured a fine account of Sibelius’s Violin Concerto (1905) with Hilary Hahn as the fearless soloist. The lengthy opening movement was powerfully projected – Hahn producing a richly expressive tone in the second theme – and though some may have found the initial stages of the cadenza a little over-nuanced, her focus in the dramatic closing pages was never in doubt. The slow movement was finely controlled as it built to an impulsive climax, then the finale was taken at a headlong tempo (so little evidence of the qualifying ‘ma non tanto’ here), in which Hahn’s technical security proved unfaltering through to a thrilling close.

Opening the concert was Lutosławski’s Symphonic Variations (1938) – only the second (and third) time it has been heard in Vienna, and a tautly inventive piece in which the VPO relished the echoes of Stravinsky, Szymanowski and Roussel over its five contrasted sections on the way to a heady apotheosis. Oramo kept a firm grip on proceedings, making for a scintillating start to a significant concert: the like of which, one imagines, the VPO will be keen to repeat on further appearances at the Wiener Festwochen.