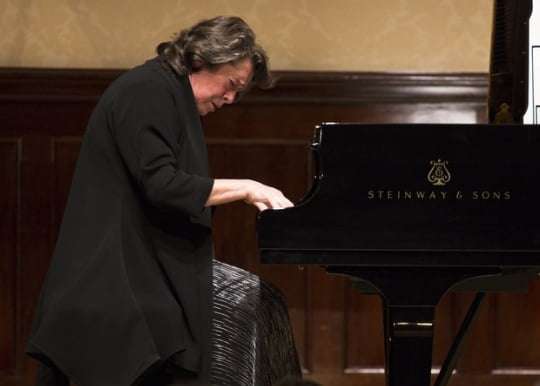 This glittering gala concert in the presence of the Duke of Kent celebrated Wigmore Hall’s 115th-anniversary and did so with the music of Schubert. The advertised soprano and mezzo soprano, Sophie Bevan and Alice Coote, were indisposed. They were ably replaced by Sophie’s sister Mary and Tara Erraught.

The feast opened with the B-flat Piano Sonata written in 1828, the final year of Schubert’s life and unpublished until 1839. It is inconceivable that the song-like melodies of the opening movement were not immediately recognised for their timeless beauty and profundity. Elisabeth Leonskaja communicated the dialogue between these haunting melodies, at once fragile and delicate, balanced against an ominous bass trill, and she repeated the exposition. The clarity and articulation of Leonskaja’s playing was wondrous; unconventional phrasing illuminated the tragic disconnect in Schubert’s writing, pointing to his soaring, eternal spirit and a failing physical body. The ethereal sadness at the close was heart-breaking. The tranquil barcarolle of the second movement provided some dream-like relief and the Scherzo robust dance rhythms. The Finale reconfigured the complexity of what had gone before: the existential questioning, the transcendent beauty of Schubert’s melodies, and his intellectual and human response in the face of mortality. Leonskaja took us on that journey. As an encore she played the slow movement of Schubert’s Piano Sonata in A minor (D784). 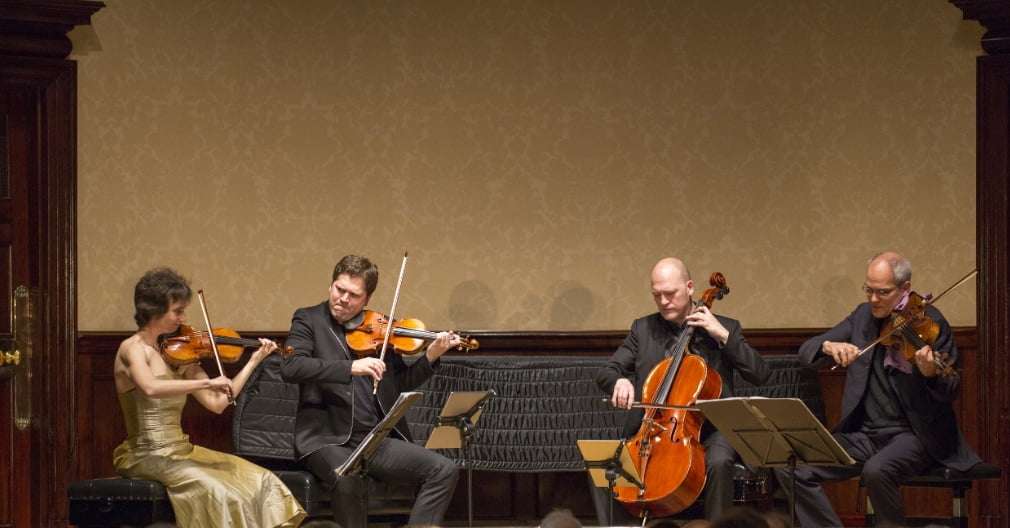 The String Quartet that followed is again a ‘late’ work, from 1826. It was performed with committed intensity by Cuarteto Casals. The opening movement, as well as the piece as a whole, contains some of the most violently emotional music Schubert wrote (it was used most effectively by Woody Allen in his film Crimes and Misdemeanors to foreshadow moral turmoil and murder) and the musicians certainly understood its psycho-dramatic elements, unrelieved and restless.

The last section of this mammoth recital was devoted to Song. Re-jigged owing to the indispositions, a good variety of Schubert’s classics were represented, including ‘Gretchen am Spinnrade’ and ‘Du bist die Ruh’, sung with beauty and a charge of erotic ardour by Mary Bevan. James Baillieu’s contribution was immense throughout: colour and dynamics were perfect. Henk Neven contributed philosophical and melancholy settings with sensitive, nuanced delivery. Alan Clayton excelled in the dramatic, narrative songs and in his cheeky duet with Bevan, a new treatment of an old favourite, ‘An Sylvia’. Tara Erraught reprised her success from the Irish Gala singing ‘Ständchen’ with a young male chorus of admiring serenaders. The evening concluded with another part-song, ‘Des Tages Weihe’, a bittersweet reflection on fate, sorrow and redemption.

This concert was live-streamed on Wigmore Hall’s website and through Medici Media.