Skip to content
LnRiLWNvbnRhaW5lcltkYXRhLXRvb2xzZXQtYmxvY2tzLWNvbnRhaW5lcj0iNmIzNDMzNmNmZTc3NWZiNGJlMTVjMmIwMzU3NWM1MjYiXSB7IHBhZGRpbmc6IDI1cHg7Ym94LXNoYWRvdzogNXB4IDVweCAxMHB4IDAgcmdiYSggMCwgMCwgMCwgMC41ICk7Ym9yZGVyOiAycHggZG90dGVkIHJnYmEoIDEwOSwgMTA4LCAxMDgsIDEgKTsgfSAudGItZmllbGRbZGF0YS10b29sc2V0LWJsb2Nrcy1maWVsZD0iODM3Y2ExZjc0MGRjZDdkOTdlMzQzOWMyYjIwMWZmZTMiXSB7IGJhY2tncm91bmQtY29sb3I6IHJnYmEoIDIzOCwgMjM4LCAyMzgsIDEgKTtwYWRkaW5nLXRvcDogMTBweDtwYWRkaW5nLWJvdHRvbTogMTBweDtwYWRkaW5nLWxlZnQ6IDEwcHg7IH0g
LnRiLWNvbnRhaW5lcltkYXRhLXRvb2xzZXQtYmxvY2tzLWNvbnRhaW5lcj0iNmIzNDMzNmNmZTc3NWZiNGJlMTVjMmIwMzU3NWM1MjYiXSB7IHBhZGRpbmc6IDI1cHg7Ym94LXNoYWRvdzogNXB4IDVweCAxMHB4IDAgcmdiYSggMCwgMCwgMCwgMC41ICk7Ym9yZGVyOiAycHggZG90dGVkIHJnYmEoIDEwOSwgMTA4LCAxMDgsIDEgKTsgfSAudGItZmllbGRbZGF0YS10b29sc2V0LWJsb2Nrcy1maWVsZD0iODM3Y2ExZjc0MGRjZDdkOTdlMzQzOWMyYjIwMWZmZTMiXSB7IGJhY2tncm91bmQtY29sb3I6IHJnYmEoIDIzOCwgMjM4LCAyMzgsIDEgKTtwYWRkaW5nLXRvcDogMTBweDtwYWRkaW5nLWJvdHRvbTogMTBweDtwYWRkaW5nLWxlZnQ6IDEwcHg7IH0g
Ysaÿe
Six Sonates pour violon solo, Op.27 – No.1 in G-minor; No.2 in A-minor; No.3 in D-minor (Ballade); No.4 in E-minor; No.5 in G; No.6 in E
LnRiLWNvbnRhaW5lcltkYXRhLXRvb2xzZXQtYmxvY2tzLWNvbnRhaW5lcj0iNmIzNDMzNmNmZTc3NWZiNGJlMTVjMmIwMzU3NWM1MjYiXSB7IHBhZGRpbmc6IDI1cHg7Ym94LXNoYWRvdzogNXB4IDVweCAxMHB4IDAgcmdiYSggMCwgMCwgMCwgMC41ICk7Ym9yZGVyOiAycHggZG90dGVkIHJnYmEoIDEwOSwgMTA4LCAxMDgsIDEgKTsgfSAudGItZmllbGRbZGF0YS10b29sc2V0LWJsb2Nrcy1maWVsZD0iODM3Y2ExZjc0MGRjZDdkOTdlMzQzOWMyYjIwMWZmZTMiXSB7IGJhY2tncm91bmQtY29sb3I6IHJnYmEoIDIzOCwgMjM4LCAyMzgsIDEgKTtwYWRkaW5nLXRvcDogMTBweDtwYWRkaW5nLWJvdHRvbTogMTBweDtwYWRkaW5nLWxlZnQ6IDEwcHg7IH0g 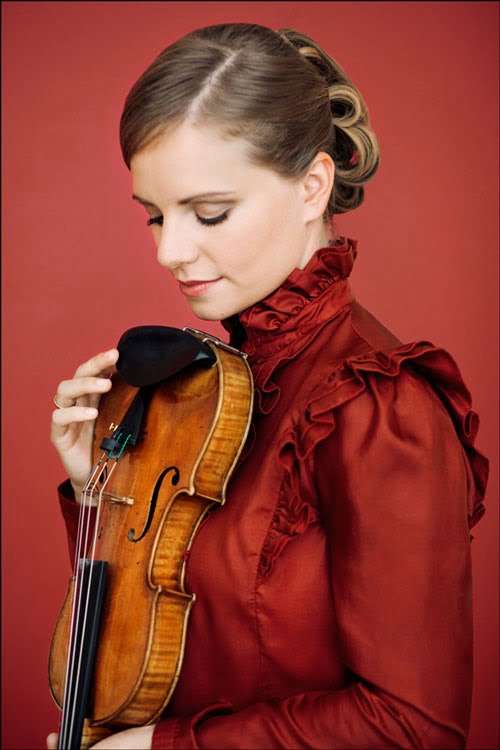 Imagine an evening made up of J. S. Bach Sonatas and Partitas for solo violin. That could be a hard listen for even the most dedicated music lover. Then imagine one dedicated to Ysaÿe’s Sonatas, a 1923 hommage to Bach and at the same time the violinistic equivalent of Liszt’s Transcendental Studies. Then factor in that Ysaÿe’s Sonatas are not merely of fiendish technical difficulty but also portraits of some of his violinist friends, such as Szigeti, Thibaud, Enescu and Kreisler, and you have a truly demanding programme. Only in the hands from someone of the calibre of Julia Fischer, who combines supreme technical ability with profound musicianship, could this come off – and emphatically it did.

Hearing Szigeti give a particularly moving performance of Bach, he and Ysaÿe fell to talking about the problems of writing for violin and agreed that Bach’s genius intimidated anyone tempted to try anything in the same line. Ysaÿe did risk an attempt on this summit and at his summer villa on the Belgian coast quite amazingly he sketched all six works in a mere twenty-four hours.

Appropriately, given Szigeti’s involvement, the First Sonata is dedicated to Joseph Szigeti. Its four movements precisely reflect Bach’s Sonata BWV1001, even down to the key signature. Ysaÿe’s Second – for Jacques Thibaud – is a very different matter. It is subtitled ‘Obsession and is haunted by Death, the ‘Dies Irae’ a constant presence almost as though Ysaÿe had somehow intuited that, even though it would be years after his own death, Thibaud would meet a disastrous end when both the violinist and his Stradivarius would perish in a plane crash. Apart from the beautifully tender slow movement, muted throughout, for the rest this is music of extraordinary vehemence and from Fischer it received an impassioned outing.

Best-known is the one-movement Third Sonata ‘Ballade’ dedicated to George Enescu. Improvisatory in nature, it brought the first half of the recital to a rousing conclusion. Pablo Casals said that until he heard Ysaÿe he had never heard a violinist play in tune. Fischer not merely played all this – even the most demanding double stoppings – in tune but also succeded in imbuing this supremely demanding music with a quasi orchestral Heft.

In this gallery of great violinists the second half brought us Fritz Kreisler and two lesser-remembered players, Mathieu Crickboom who was a pupil of Ysaÿe as well as the second-violin of his quartet, and Manuel Quiroga, a Spanish violinist in the tradition of Sarasate whose career came to an abrupt end after a car accident in New York.

The Fourth Sonata dedicated to Kreisler was composed, according to the composer, with his colleague’s robust and full sonority in mind. It also takes Bach’s Partitas rather than the Sonatas as its point of departure. Fischer’s account was suitably full-blooded. She now had the music on her stand, more one suspects as an aide memoire since she appeared not to refer to it. Sonata 5 – Crickboom – is particularly interesting musically, including frequent changes of metre and making much use of that Paganini speciality, the left-hand pizzicato. The opening movement ‘L’Aurore’ grows like a sunrise to an all-enveloping fff and is followed by a ‘Danse rustique’ in which open strings are a feature.

Last but not least in this feast of outstanding violin-playing, with never an ugly or forced note, came the Sonata dedicated to Quiroga, more Paganini than Bach. This relatively brief work culminates in a brilliantly sustained coda after which any encore would have been de trop and, rightly, none was offered. Fischer’s playing throughout was a labour of love.