“A selection of show tunes” 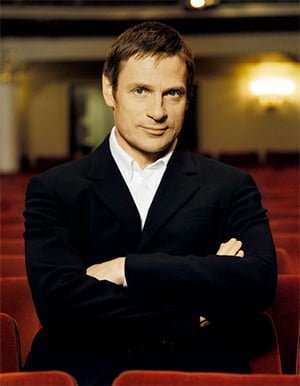 On the same evening that London’s proudest annual international music festival came to a conclusion to the ringing accompaniment of its audience’s unison voices, a few miles away another prestigious venue, if on a rather different scale, was embarking on its long season of activity with an opening concert that paid no heed to playing safe or bedding-in gently. After all, either of these singers would have sold out the auditorium; recruiting both and teaming them up with one of the supreme accompanists of the present generation was truly luxurious casting. The Wigmore Hall sold out very early for this one.

Superficially at least the affair was not without risk. The possibility of clashing egos when recruiting singers of the same voice type and comparably high stature might seem to someone who did not know the two singers personally to be likely to cause difficulties, rather as would the casting of two tenors of equal importance. The fact that the programme was not settled until a late stage suggested some hard negotiation; the publicity material throughout announced “to include songs by Schubert and Schumann”! The choice of songs as performed provoked an unmistakable feeling that each singer had chosen jewels from within his recital repertoire to play to his strengths, wowing his fans as well as pleasing a fastidious audience. The placing of the groups was also significant: Lieder by one artist were followed by Lieder from the other, the same was true of mélodie, while Welsh song was pitted against English and the evening ended with blocks of show-tunes. 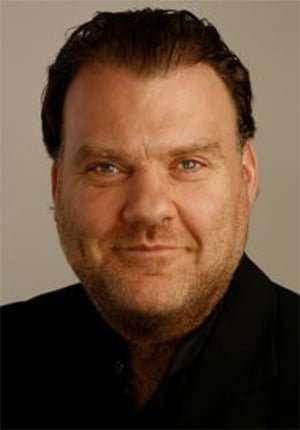 The operatic careers of the two baritones have diverged quite markedly since they initially embarked with Mozart roles. Bryn Terfel was not long in heading for the niche in Wagner which had seemed inevitable from the moment that he included the Dutchman’s aria in his programme for the 1989 Cardiff Singer of the World, while Simon Keenlyside has appeared to accept that the natural home of his voice was in lyric baritone roles until his recent branching out into heavier Verdi with Macbeth and Rodrigo in Don Carlo.

One feature common to both artists has been the physicality of their performing style: one’s memories of Keenlyside’s Papageno at Covent Garden (where he once broke his arm) and elsewhere are dominated by him charging about the stage, climbing and leaping from heights. In Terfel’s case it is more a question of his size, very noticeable in his intimidating Scarpia, his “Falstaff immenso” and of course his Wotan and Hans Sachs. In this programme the difference between the two singers was evident in their platform manner: Keenlyside patrolled the stage where Terfel stood stationary and delivered as a concert singer. Public rivalry was presumably not intended, at least nothing beyond the friendly “Three Tenors” variety but there appeared to have been an understanding not to milk the applause, which led to each singer marching off the platform rather sheepishly after his group, leaving Martineau alone. 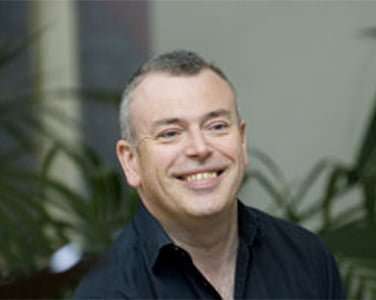 Keenlyside’s group of four songs from the Mörike-Lieder left little room for doubt that his singing and interpretation of Hugo Wolf belong to the highest rank before the public. He showed his gift for comedy in an uproariously funny dismissal of the miserly critic in ‘Abschied’, while his vocal acting of the hangover victim in ‘Zur Warnung’ was as vivid as any singer, past or present. On this evidence the voice has grown and is still growing. Now well into his fifties, Keenlyside shows no sign of vocal deterioration. The voice radiates good health and you do not fear for it in the roaring fortissimos of ‘Der Feuerreiter’. The low notes have a dark solidity while the lyrical top register is a sound of rare beauty. His musicianship is evinced by the way he can readily slip into the tangy twentieth-century French idiom of the two Poulenc songs which he sang on his next appearance.

There is no denying that Terfel has the greater vocal power to match his height. Some have claimed to detect a loosening of the voice brought on by his concentration on the heavy Wagner roles but there was no hint of that here. The natural warmth in the voice was as moving as ever, his wide range of vocal colouring entirely intact. This came out clearly in the other Lieder and in the French songs. His ‘Belsazar’ narrative was spine-chilling, the hackneyed ‘Die beiden Grenadiere’ (not listed even in the evening’s programme book) had a nobility often denied to it and Ibert’s Don Quichotte songs (decided on at the last minute) seemed at least as inventive as the more commonly heard Ravel settings.

The Welsh songs by Meirion Williams, whose composer, as Richard Stokes’s note informed us, was by-passed by avant-garde developments in music, have been consistently championed by Terfel. Keenlyside had an equivalent patriotic celebration in Peter Warlock’s setting of Hilaire Belloc’s My own country.

The choices for the last half-hour were subsumed under the title “A selection of show tunes”. Too many of them, especially Keenlyside’s, were left unidentified. I recognised numbers from Kismet, Camelot, and Kiss Me Kate, but would have liked to know the others. Keenlyside had the authentic style for his ration: use of parlando, intimate contact with the audience, use of the stage and of props. Terfel’s allocation was largely songs in the ballad style, delivered directly. They finally joined in a duet.

Encores were demanded, and there was one from each singer. ‘If I were a rich man’ (Fiddler on the Roof) for Keenlyside (brilliantly sung and impersonated), and ‘The Green-Eyed Dragon’ for Terfel. Malcolm Martineau was a faultless partner throughout. It was a daring idea and a considerable achievement to bring three musical superstars together to inaugurate Wigmore Hall’s new season.