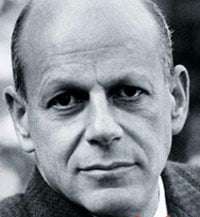 William Schuman’s Circus Overture was conceived as a stage piece, meant to evoke the attention-seeking shouts of a circus barker. The Juilliard Orchestra attacked the piece with youthful enthusiasm and confidence, with each section shining. Spiccato string runs were remarkable for their clarity. The brass and percussion sections displayed impeccable precision in articulation. The performers maintained the high energy level throughout this brief showpiece.

Schuman’s sweeping melodic lines often build slowly, necessitating a need to hold back at times in order to give the phrasing a sense of purpose. In the Violin Concerto Francisco Ladron de Guevara-Finck was found wanting in this task. The Juilliard senior began his opening solo with brilliant tone, immediately giving the part his utmost in passionate expression, making for an exciting beginning but ultimately leaving the long lines lacking in shape. The violinist’s sound was consistently bright and intense in all dynamic levels, even in the first movement’s high muted passages. This movement is divided into structured sections, most of which have a driving energy, and it did not suffer too badly from the unrelenting intensity. However, in calmer moments, the lack of tonal variation became somewhat monotonous. The second movement’s flowing nature allowed the soloist plenty of opportunities to showcase his impressive technical skills. He breezed through the complex rhythmic fragments with remarkable confidence. Yet the concerto is much more than a technical firework display and the performance would have been greatly enhanced by a soloist with more subtlety in phrasing and variation in tone.

The Juilliard Orchestra, led by Leonard Slatkin, one of Schuman’s most dedicated champions, was assured in its accompaniment. The massive string section, 70 in number, crowded the stage, at times sounding as if there were five orchestra’s worth of them, yet their unity of articulation would put to shame many professional orchestras. Their tone tended toward the bright side, but was luxuriantly rich during the entrance following the first movement’s cadenza. In the beginning of the second movement, the brass-players and timpanist played their hearts out, and then melted into the softer strings as if they were a single instrument. The wind soloists were top-notch, with Julia DeRosa’s English horn solo being particularly memorable in its beauty.

After intermission, the concert continued with Part II of the Violin Concerto, a slow movement from an early version of the work that the composer later discarded. Some have speculated that the stand-alone movement was rejected for being too melodious and tonal, and thus too much of a contrast to the other movements. Ladron de Guevara-Finck played the plaintive violin line with yet more uniformity of bow speed and the piece meandered along in its bland prettiness.

William Schuman (1910-1992), a former head of Juilliard and later President of Lincoln Center, perhaps does not share the fame of other 20th-century American composers, yet his Third Symphony deserves to be incorporated into the core orchestral repertoire. The work, divided into two large movements loosely based on Baroque structure (‘Passacaglia and Fugue’; ‘Chorale and Toccata’), demonstrates such original harmonic language that no other composer would serve as even a rough comparison, if one were forced to describe it to completely unfamiliar ears. Though tonal, the dissonances are unexpected yet never completely alien. Lines, when presented initially, seem lacking in focus but then begin to make sense as they are joined by successive individual lines in counterpoint. The music gains clarity in its complexity, with each note absolutely crucial to the work as a whole.

The symphony began with a harmonically ambiguous viola line, warm and rich, with each sectional entrance adding to the ever-growing phrase. Under Slatkin’s direction it cumulated in a massive sound that filled Avery Fisher Hall, notorious for its faulty acoustics, in a way never before dreamed possible. The balance remained excellent throughout. The blending of tone was superb, allowing one’s ear to move quickly between the various fast-paced contrapuntal lines. The first movement ended exuberantly, with the horn section particularly striking in its beauty and power. The second movement began with a haunting and stark ‘Chorale’. The slow tempo highlighted the shifting harmonic movement to great effect, giving the work a sense of being suspended in a dream. The fast-paced ‘Toccata’ showcased extraordinarily adept percussion and wind soloists, the whole orchestra continuing to play with remarkable unity and chamber-like interaction.