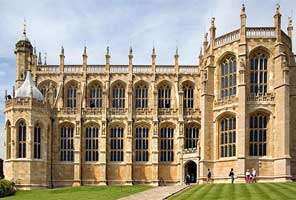 The Windsor Festival has been running for almost thirty years and continues to go from strength to strength, but maybe someone should have mentioned that St George’s Chapel is not the best venue for a concert of large-orchestra works. The Festival uses a variety of venues; two nights before this concert the Philharmonia Orchestra had played in the School Hall at Eton which, sonically speaking, would have been a wiser choice for the present occasion, since the sheer volume of sound reached quite painful levels at times, completely disrupting orchestral balance and killing any detail. A shame, as lurking somewhere in the din lay some very respectable performances.

With this in mind, the evening’s curtain-raiser, the overture to Leonard Bernstein’s “Candide”, received as good a performance as one could hope for. Fast and fresh but sonically a complete mess, it was hard to enjoy – the orchestra simply lost the battle against the acoustic.

After this cacophony, the reflective Appalachian Spring was a great relief. There was a freshness and sense of expectation to the opening section as the bride-to-be and her farmer-husband explore their feelings. The jagged dance-like rhythms of the were exactly as they should be; pity, then, that a lack of rhythmic precision robbed the ‘Dance of the Revivalist and his Flock’ of the necessary swagger to truly bring it off. The Shaker theme and its variations brought out some felicitous wind playing but the strings picking up the theme lacked body. The hushed moderato brought out the best in Leonard Slatkin, with some beautiful phrasing and sensitive playing by the RPO. 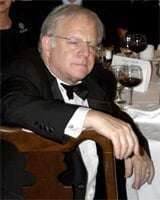 Slatkin’s conducting of Mahler’s First Symphony avoided many of the pitfalls which have plagued some interpreters of this work. Unfortunately sloppy orchestral discipline marred several passages, the brass sounding particularly off-colour in the finale.

In the opening movement the atmospheric introduction was well captured, the distant fanfares performed from the rear of the Chapel. The wind section was slightly too forward but the Wayfarer’s theme was nicely shaped and refreshingly natural. The recurring problem with the reverberant hall reared its head in the louder passages, with brass at times overwhelming; detail in the strings was obscured and the musical line difficult to follow. Worse was to follow in the second movement. Here, the strongly accented Ländler was driven far too hard, lacking joy and sparkle. The grim sound emanating from the cellos owed more to a horror movie soundtrack than a movement which celebrates a rustic dance.

The third movement was better, the funeral march appropriately funereal and the pathos and village-band jollity given sufficient irony. Only a lack of tenderness in the strings during the meditative passage from the Wayfarer songs let the side down. The finale was suitably thunderous. After a volcanic opening Slatkin admirably maintained tension throughout, only slightly losing his way in the passages of yearning where, again, the relative thinness of the RPO strings was found wanting. This finale was free from bombast, though, the shifts of tempo from the stormy to the calmer passages well-handled and the build-up to the final coda exciting without being contrived.