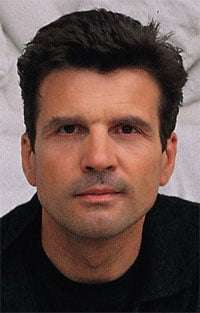 Recitals of Mahler’s songs can double as a parlour game of ‘spot the symphony’. Whether fleeting figures from the Fifth in ‘Ich bin der Welt abhanden gekommen’ or the masterly ‘Urlicht’ that he imported intact to the heart of the Second (‘Resurrection’), the composer’s musical world is full of thematic dovetails – and melodic flecks of several symphonies peppered Wolfgang Holzmair and Imogen Cooper’s well-chosen Wigmore Hall programme. (‘Urlicht’ was divorced from its Wunderhorn brethren and appended to the second group of songs.)

Holzmair was a personable host who presented the music with precision and an abundance of technical felicity. He found fun in surprising places – ‘Trost im Unglück’ (Consolation in sorrow) was unusually playful – while dramatising the darkness of lugubrious settings such as ‘Der Tambourg’sell’ (The drummer-boy), a song of Schubertian gloom in which Cooper artfully pointed up the piano’s gear-change from gallows march to funeral dirge.

Yet despite the artistic proficiency of both performers, only rarely did the music take flight. It was Holzmair’s eloquent hands that did most of the expressive work, not his voice. His instrument, meaty these days rather than mellifluous, was projected with little variegation beyond the odd gutteral snarl under pressure, in ‘Erinnerung’ (Recollection), and one longed not just for him to cover his tone but to colour it occasionally. Shorn of poetic shading, too many songs failed to invite emotional engagement, while others such as ‘Des Antonius von Padua Fischpredigt’ (Antony of Padua’s sermon to the fishes) sounded merely mechanical. 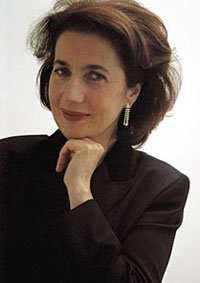 Nor did Imogen Cooper, a formidable pianist, seem wholly comfortable in this music, her quest for orchestral shading leading her to over-pedal and under-inflect the notes. A swift refamiliarisation with two of Dietrich Fischer-Dieskau’s recorded partners in this repertoire, Daniel Barenboim and Karl Engel, serves to highlight the disappointingly prosaic nature of Cooper’s reading, especially in the three (of five) Rückert-Lieder.

In the light of Holzmair’s past achivements (a mesmerising Pelléas on Bernard Haitink’s recording of Debussy’s opera, for example), the lacklustre impression left by this recital is a puzzle, and it is only three years since Holzmair and Cooper were partners in a superb Hugo Wolf recital (now on Wigmore Hall Live 0029). Yet the very qualities that make their Mörike songs so compelling were conspicuously absent on this occasion, even though in theory Mahler seems a composer ideally suited to their combined talents.

One wonders, in mitigation, whether the artists’ concentration was thrown by the disgracefully restless Wigmore Hall audience. A high proportion of tonsils grew tickly during the course of the evening, leading to unsuppressed post-interval coughing. Of course, it might have helped if Holzmair had done more to spellbind his listeners and make them forget their afflictions through the power of his interpretation. Instead he presented a jewel box in music, intricate and ornate, but kept the treasures within hidden from view.