Tansy Davies
Between Worlds – Opera in eleven scenes to a libretto by Nick Drake [world premiere; sung in English] 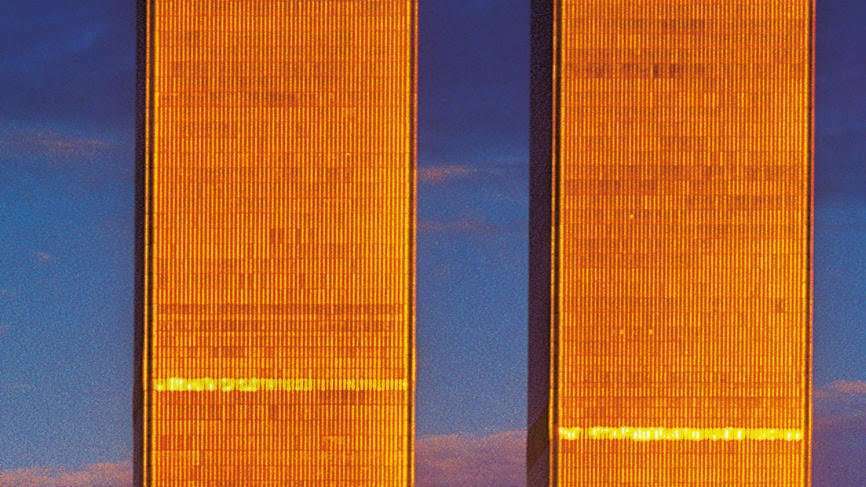 Fourteen years on, al-Qaeda’s ‘9/11’ attack on New York City has the unenviable distinction of becoming the iconic act of terrorism of our time, with those still-apocalyptic images instantly flying round the globe and polarising it religiously, politically and culturally.

Composer Tansy Davies, librettist Nick Drake and director Deborah Warner have had a fair amount of speculative criticism levelled at them for their World Trade Center opera, with anxieties expressed – in the event, needlessly – over trivialising the act and therefore its victims and running the risk of distilling bathos out of tragedy.

There has been a cluster of films, which have successfully revisited the detail of the reality. Between Worlds, which plays for about 85 minutes, takes the process of mythologising further, with four of the seven main characters, two men and two women, arriving high in the North Tower, in which the spirit figure of the Shaman and his Charon-like Janitor already hold sway. Removed from the comforts and demands of their domestic lives, each of the four is focused on their “important meeting” before suddenly being absorbed into a ritual of grief. 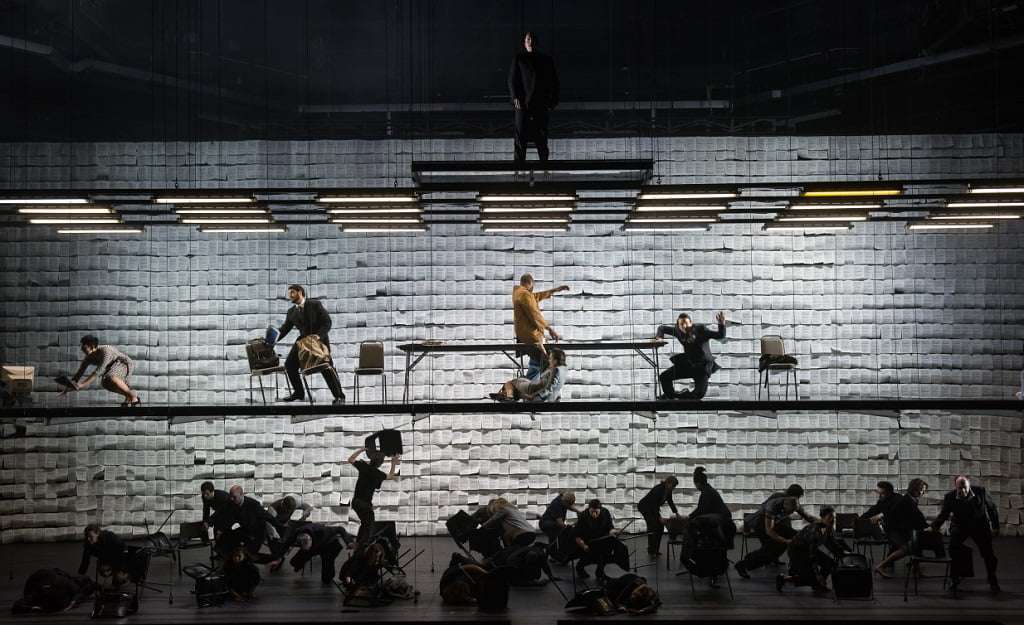 It is, however, a miscalculation not to have surtitles for Drake’s libretto, which uses recorded, desperate last messages, swathes of which were inaudible. The big moments, such as the two aircraft crashing into the towers and the quotes from the Psalms and the Roman Catholic Requiem text came across strongly enough, but it was a loss often not to know what was feeding Davies’s music.

The opening is hugely effective. The music’s layers heaved uneasily, while the Shaman, seated on the top floor of Michael Levine’s three-level set, whistled and rattled his way into an eerie trance and the Janitor’s premonition came into focus, unequivocally establishing the opera’s otherworldly supremacy, like a Passion or religiously elemental works by Tippett, Britten or Birtwistle. Davies’s music is spare without being minimalist, with a strong sense of drama and muscular propulsion finely realised by Gerry Cornelius’s conducting and the modest-sized orchestra, and from the start the invention matched the overwhelming seriousness of her subject. 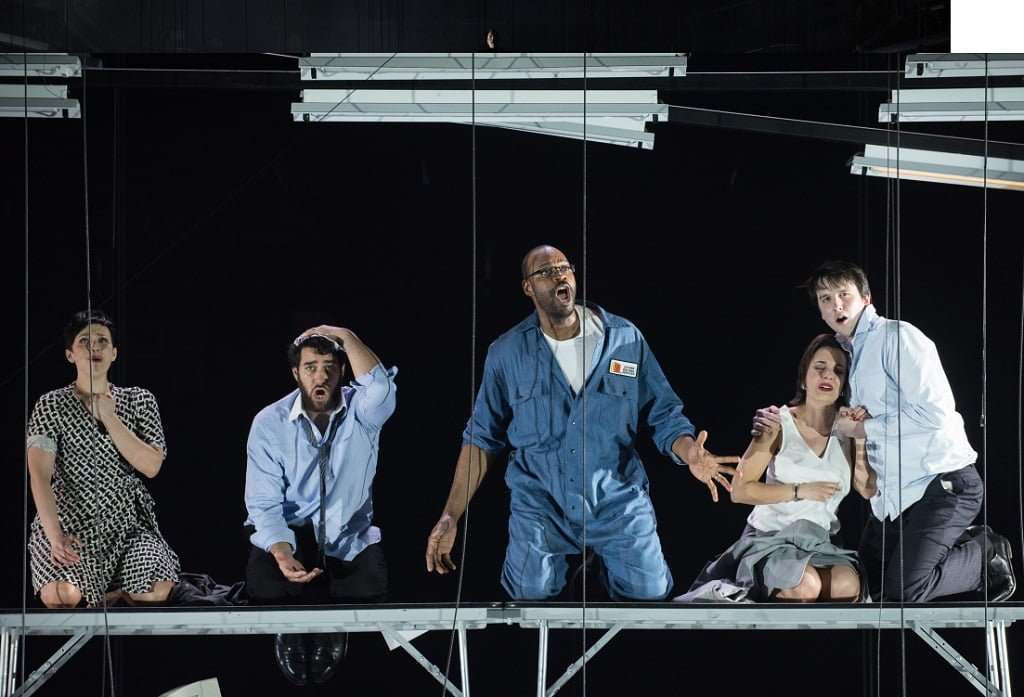 The ballet section near the end, after the collapse of the North Tower, becomes a powerful expression of the Opera’s unambiguous title, and only the Mother’s concluding lament comes near to breast-beating sentimentality. Otherwise the music and what you could hear of Drake’s text opens out the tragedy’s significance, in much the same way as John Adams’s On the Transmigration of Souls.

Levine’s set stylishly replicates the functionalism of the modern-office tower-block, emphasised by the exposed carcass of the Barbican Theatre’s backstage area. The stage-wide backdrop of rows and rows of sheets of A4 told their story of impermanence, recalling those images of clouds of papers billowing from the collapsing towers and enhanced by Tal Yarden’s video projections of blue sky and plumes of smoke.

The singing was very strong. Andrew Watts’s keening countertenor eloquently summed up the Shaman’s supernatural dominance. As the Janitor, the victims’ guide between worlds, Eric Greene eased the four business executives’ terror with powerful singing and a sympathetic presence. As the group of four representing the 2,700 who perished, Rhian Lois, Clare Presland, William Morgan and Phillip Rhodes vividly acted out their abandonment by modern life, crucially via their mobile phones, and their acceptance of the inevitable is accomplished with considerable tact. On the lowest of the levels, the chorus, which supplied minor roles, were the appalled crowd of people on the streets below.

Deborah Warner’s direction matches the restraint of the music, balancing drama and the pull towards ritual in a way similar to her staged versions of Messiah and the St John Passion. In the end, though, like the music, there isn’t an emotional focus, the main roles too broadly sketched, and the spiritual element not strong enough to mark it out as a secular requiem.