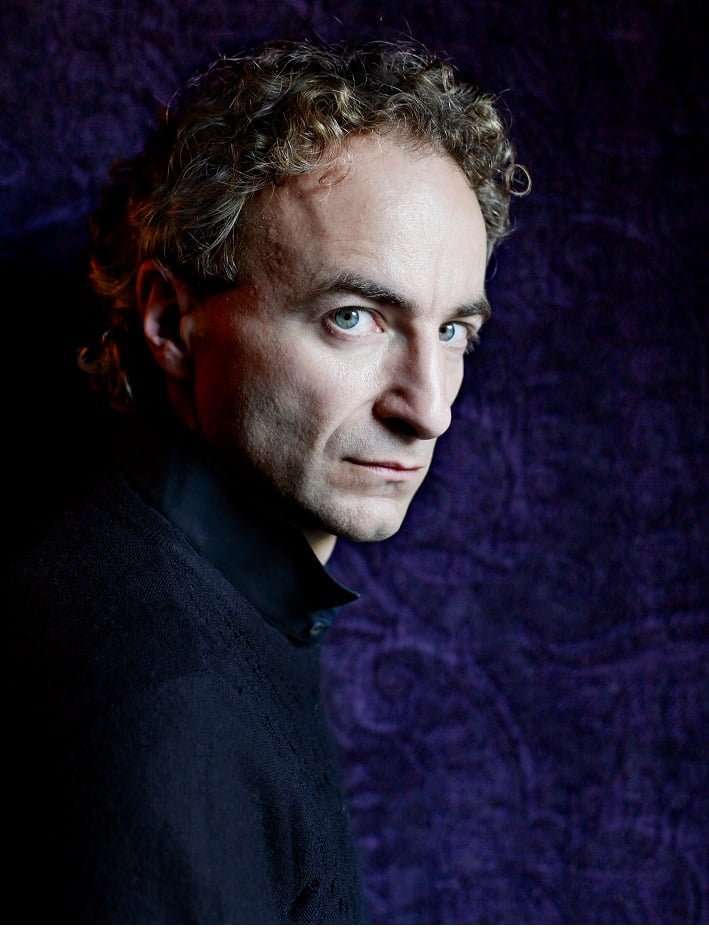 This was an inaccessible production owing to a perplexing presentation of what appeared to be a confused conception of Mahler’s settings of poems from the early 19th-century folk-poetry collection, Des Knaben Wunderhorn. Mahler set 24 altogether, but in disparate groups of compositions (some with orchestra, some only with piano accompaniment) and never conceived as an integrated cycle.

It was not a bad idea, in itself, to bring all those songs together (with new orchestrations where appropriate by Detlev Glanert), and it is true that there are common themes running through Mahler’s selection – the frustrations and pangs of love, the terror and futility of war, and the intractability of human nature. But the attempt to forge them into something unified cycle as the basis for an accompanying film proved problematic.

Clara Pons’s film, projected onto a screen at the back of the stage, began with grand ideas. The Biblical narrative of the fall from paradise through an apple was proclaimed, whilst the programme note explained “this expulsion is cyclically repeated on earth, over and over again”, but there is no warrant for this in the texts themselves. Instead it was a philosophical masquerade for a wilful setting aside of what the Songs might be about. Dietrich Henschel appeared as the film’s protagonist (as well as singing in the Barbican Hall) – a prisoner doomed to execution, presumably taking up the cue, loosely, from ‘Der Tambourg’sell’, but the fact of this impending punishment is not clear at first, nor is the reason for it ever disclosed. 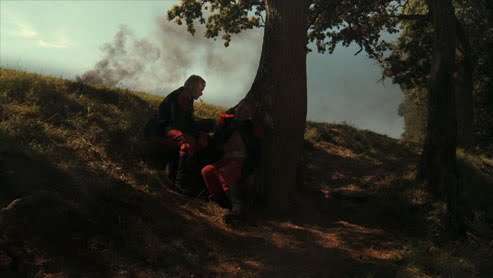 The film purports to reflect the convict’s reveries and memories, but there was no order or line of development in this, nor any discernible sense of a cyclical repetition, as indeed it is not really possible to construct an obvious narrative sequence from these settings. Furthermore, the rather generalised episodes of the film bore little or no relation to the words being sung at any given point – there were scenes of amorous affection between Henschel and his partner (acted by Vera Streicher), his enlistment in the army, the appearance of a deranged-looking man who rapes Henschel’s companion, and scenes in the tavern and the countryside. Anything so clearly defined as a drama was lacking.

It was a fatal omission not to have included surtitles in either the film or the auditorium. The film’s producer Neil Wallace patronisingly suggested just before the performance that inclusion of them would be “too much information” for the audience, on top of the music and visual images already given. Anybody who (quite reasonably) lacked a detailed knowledge of all of Mahler’s settings was at a loss to make sense of the whole, especially since Henschel’s impassive acting and facial gestures in the film gave away little as to what he might be thinking. But, doubtless, it was not the intention of the film’s-makers to expose the random agglomeration of visual episodes forced upon the musical sequence.

In purely musical terms it was a welcome chance to hear the full set of Mahler’s Wunderhorn songs, and Henschel’s stamina in sustaining a performance over 90 minutes or so was no mean feat. But Alexander Vedernikov’s direction of the BBC Symphony Orchestra was routine and kept the music within narrow expressive limits. The large orchestra virtually filled the stage, although there was not a great deal of timbral or dynamic variety, despite the fact that Glanert’s orchestrations caught the Mahlerian idiom faithfully. Henschel sang with lyrical control, but he failed to blossom very much in tender and intimate passages, or to point up the moments of high drama elsewhere. Both orchestra and soloist could have found so much more in the scores.

At best, this was a missed opportunity, the effect of which was distinctly underwhelming. At worst, it was an inexcusable act of self-indulgence on the part of the project’s progenitors (not least in failing to entertain confidence in the power of Mahler’s music and word-setting to speak directly to the imagination) such that they imposed their own banal incoherence upon the composer’s achievement, thereby relegating it to a mere soundtrack. In so doing, their vision became our purgatory.