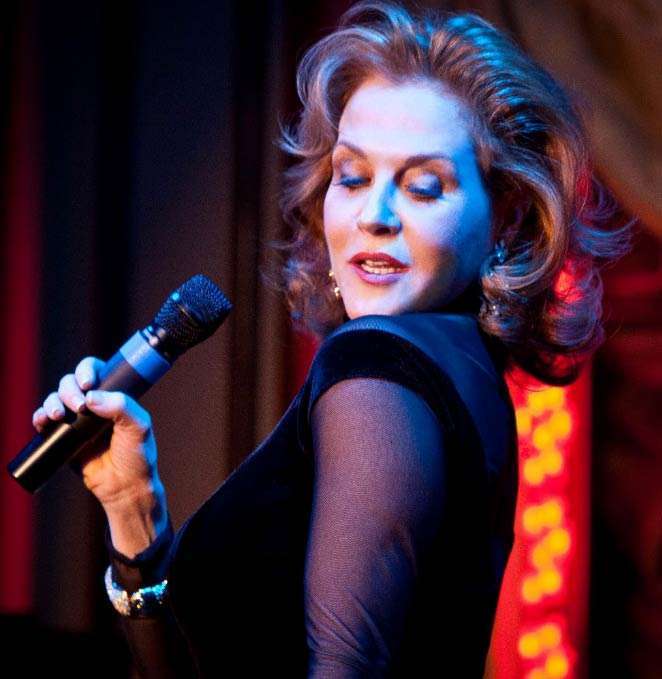 One of the most popular of the artists who have appeared in the Crazy Coqs cabaret room, Anna Bergman is making a welcome return with a largely new programme centred on travel. The daughter of an American diplomat, Bergman has done her share of globetrotting, being born in Paris and raised in several cities, and her act is peppered with pithy reminiscences, often about romance. Cole Porter’s durable ballad, ‘I love Paris’, concludes with the lines, “Why, oh why do I love Paris… because my love is here”. Bergman points out that the city takes on an added lustre when one is in love.

Thus ‘A nightingale sang in Berkeley Square’ (according to Manning Sherwin and Eric Maschwitz) because, as Noël Coward put it in one of his most rapturous numbers, ‘You were there’. Bergman’s bell-like soprano is amazingly flexible, allowing her to segue from Tin Pan Alley to opera, and her background has given her a persuasive command of languages. She tells us about flirting in a spirited rendition of a Franz Lehár melody, from Giuditta, and confirms her love of France’s capital with Hubert Giraud & Jean Drejac’s ‘Sous le ciel de Paris’. Alex Rybeck’s inventive arrangements effectively weave Erik Satie’s Gymnopédies into the Parisian material, and give us ‘The last time I saw Paris’ in unaccustomed waltz tempo.

They are splendidly executed by Nathan Martin, who occasionally joins Bergman in song – the rewarding combination of their voices on Frederick Loewe & Alan Jay Lerner’s ballad from Brigadoon, ‘The heather on the hill’, is a highlight. ‘You’re all the world to me’, from Lerner with Burton Lane for the film Royal Wedding, is one of the less-known numbers (with some rarely heard extra lyrics missing from the movie), and Bergman gets laughs when she illustrates a way to meet refined men, cueing the Addy Fieger-Francesca Blumenthal ‘Museum’ – that gaping at a Goya may prove the way to meet a lawyer. Several classic songs are also included, including four Rodgers & Hart gems, ‘Falling in love with love’, ‘Easy to remember’, ‘Manhattan’ and the buoyantly rhythmic ‘I got to get back to New York’ from the film Hallelujah, I’m a Bum.

The evening ends with a beautiful venture into opera with a soaring aria from Puccini’s La rondine, a show-stopping climax to a most enjoyable evening.