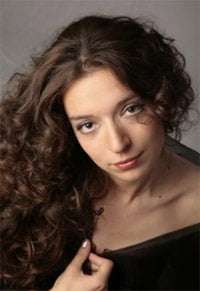 Yulianna Avdeeva arrived in London as the latest winner of the International Fryderyk Chopin Piano Competition. She offered a generous and ambitious programme, one that effectively shared with us those Chopin pieces that had got her through the Competition’s various stages to the Concerto Final and her taking the crown. In this, her first recital since triumphing in Warsaw, the 25-year-old Muscovite suggested that her performances lack spontaneity and that she was still very much honed to winning a competition.

Beginning with selections from Chopin’s most-elusive oeuvre, Avdeeva initially offered something poetic and personal, the dance-rhythms gently traced. But with the subsequent mazurkas things became forced, dynamics and accents exaggerated, the phrasing literal, monotony setting in during fortissimos. This proved a microcosm of Avdeeva’s Chopin-playing, which is certainly serious in its intent, earnest even, sometimes seeking but not always finding, but lacking a deep-seated relationship with the music. The C sharp minor Scherzo was launched to the hubbub and clumping of numerous latecomers, and Avdeeva went from one piece to another, and one movement to another, with barely a pause. Deliberately paced, rather too much so, the Scherzo was given a rather monochrome account. Similarly the Opus 27 Nocturnes were rather heavy, with no room for an unprompted gesture, and hard-edged when dynamics became louder.

The shorter works in the recital’s second half included the great Fantasy reduced to a melodramatic string of episodes, the march-like episode (heard twice) ill-balanced between the hands. The E major Scherzo wasn’t mercurial enough, its quixotic aspects stifled, and never sufficiently quiet or delicate, although the extended trills in the B major Nocturne generated some electricity. We seemed to be hearing a pianist that impressed the Jury in Warsaw (including Martha Argerich, Philippe Entremont and Nelson Freire) enough to tick boxes, maybe literally so, but while Avdeeva is undoubtedly a poised and confident artist, neither showy nor particularly interventionist, and visually immersed in the music she plays, here she was not emotionally inside the music enough to find its soul.

Some renditions were more compelling, though, not least the C sharp minor Prelude (Opus 45) that was offered as the first encore, and which would have ended the recital on a poetic high had she not then played a Waltz that was hasty and messy. There were some muddled aspects in the Sonata, too, the hands blurring during the first movement, accompaniment drowning the tune, yet the whole interpretation created a level of interest that wasn’t so pronounced elsewhere, from a combustible and contrasted first movement (the exposition repeat taking us back to the opening ‘Grave’ rather than the ensuing ‘Doppio movimento’), through a scherzo that was interestingly gawky to a funeral-march that was numbed. Lyrical sections within those last two movements were kept on the move, to advantage and with sensitivity, and the enigmatic finale was clearly articulated if sounding less bizarre than it should. Avdeeva also found greater spirit and identification for the Polonaise-Fantaisie.

Having won with Chopin, but not always proving herself with him at this recital, it might be time for Avdeeva to focus on other repertoire now that concert rather than competition life is a reality. She doesn’t seem to have the Slavic temperament for Rachmaninov, but one can imagine her being a spiky interpreter of Prokofiev.