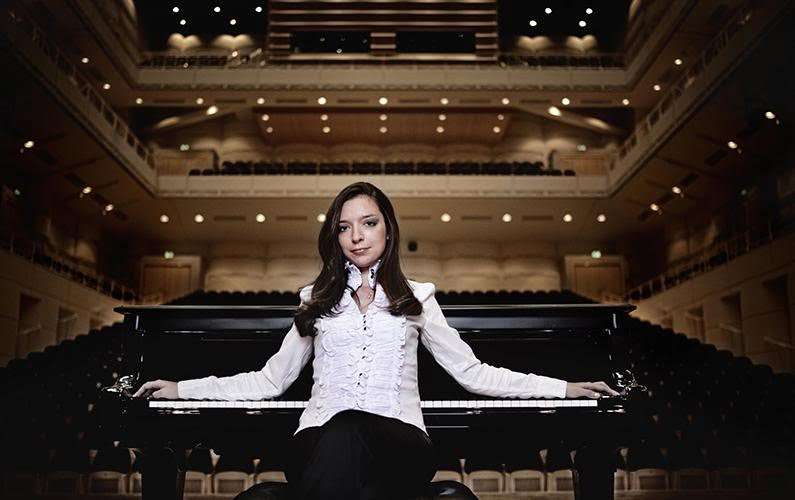 Yulianna Avdeeva opened her meaty programme (part of Southbank Centre’s International Piano Series) with Beethoven’s two-movement Opus 90 Sonata, an account of poise, gentleness, dynamic variety, and evenness of articulation. The Finale, with its Schubertian main idea, was admirably flowing and shapely, the various episodes less discursive than can be the case, and with a real sense of journeying and arriving.

Homecoming also informs the Finale of ‘Les adieux’, which Avdeeva gave with exhilaration, if at a speedy tempo that rather cramped the music’s style (as she also would in her concluding encore, a thrills-and-spills outing for Chopin’s A-flat Polonaise, Opus 53, which undermined the majesty of this dance), although the first two movements, respectively, had imagined exploration and the good cheer of travel, then the loneliness of being in a strange place. Between the Sonatas, Avdeeva gave a magnetic reading of the 32 Variations, its curt Theme starkly announced, then her quicksilver fingers conjured heroism, fury and solemnity, and with unflagging energy she ensured that Beethoven’s concise design and molten commentaries were honoured.

Avdeeva arranged her four Liszt choices as one, beginning with three of his late pieces: visionary, enigmatic, radical, thrifty with notes but worldly in expression, if emerging from the Earth’s core. Avdeeva was in total sympathy with these fascinating creations, whether the fierce fortissimos and saintly concords of Unstern! or the grief-stricken blackness of R.W. – Venezia (Richard Wagner – Venice, where he would suffer a fatal heart-attack) … and straight into the great B-minor Sonata, a compelling performance full of apposite rhetoric, impulses and rarefied transportations; here was an interpretation that relished divergences – impetuous, grand, intimate and powerful – yet made them inevitable, organic, and her sotto voce playing, with the pearliest of touches, was especially gripping at the start of the fugato. The long silence following thirty illuminating minutes was as profound as the music.

Avdeeva, who won the Chopin Competition in 2010, stayed loyal to him for the extras. Rather than end, as she did, with a somewhat misjudged Polonaise, I’d rather the last word went to the Nocturne (C-sharp minor, Opus Posthumous), wonderfully rapt and mysterious … harmonies du soir indeed … and very special.