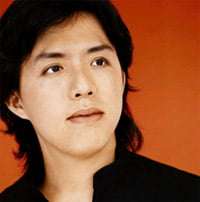 Of the various camps pianists fall into, there’s one that separates pianists whose virtuosity enlightens and encourages less exalted players (gifted amateurs) from those whose brilliance and wizardry makes lesser musical mortals just give up. The mono-named Yundi (he recently dropped Li, his ‘first’ – in Chinese placed second – name) falls into the first category – at least he did in the first half of his all-Chopin programme.

The group of five Nocturnes (he has recorded the complete Nocturnes for EMI) – from the sublimely operatic two from Opus 9, via the turbulence and surprising acquiescence of Opus 27/Number 2, to the majestic and tragic C minor Nocturne Opus 48 – were bursting with musical insight. At first, the Steinway sound seemed too bright, but Yundi took it to ear-stretching areas of veiled, remote abandonment, with a control of volume seemingly capable of infinite expansion. His rubato in the dreamlike Opus 9/Number 2 was a true balancing act between expressive weight and tactful good taste, and in all five you marvelled at and were involved in his evenness of touch, the variety he gave to the nocturne-cliché of arpeggio accompaniments – which, interestingly, Chopin doesn’t use in the mighty Opus 48, a fantastic piece – and his infallibly judged decorations, which Yundi obviously hears as a major expressive source in this time-arresting music. Apart from the odd pedal fluff, with playing at this level of musicianship and imagination, I’d have been more than happy to hear the complete Nocturnes; and not even the stupendous and glittering Opus 22 Polonaise could dispel their magic, however much the master Yundi was of this out-and-proud display piece. 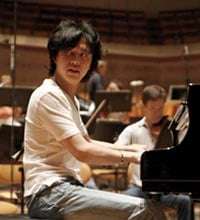 After the interval, a slightly different, less involving and rather more intimidating pianist returned to the platform. In the Opus 33 Mazurkas, the way in which he blurred bar-lines and flattened rhythmic emphasis began to sound mannered – these are dances, after all – and where even the dreamiest phrases and most florid decorations in the Nocturnes were cleanly detailed, here textures were on the thick side, not helped by some hefty pedalling. It was hard to get a handle on what these deceptively simple, emotionally complex pieces meant to him, however lovingly shaped, and they produced a nagging sense of insecurity, at least to this listener.

In B flat minor Sonata, Yundi laid down his barnstorming credentials to great effect, especially in the first movement, although again, detail wasn’t uppermost. The trio of the Funeral March was an example of sonic etiolation, really abstracted playing, and the weird finale was all body tissue with no audible evidence of skeletal support (Zimerman gets this movement spot on). On the whole, it was virtuosic but with few surprises, and the Opus 53 Polonaise was similarly big and public-spirited. But I shall treasure those nocturnes.

By the way, Alex Ross, the writer who gave this year’s, rather lame, Royal Philharmonic Society lecture on attitudes to applause in the concert-hall, would have had a field-day at this recital, from applause diffident, perfunctory and ill-informed to the explosively interruptive and to the point when Yundi kept his hands on the keyboard between movements to try and contain it. Mind you, you can understand why the personable, quietly Byronic Yundi, with a very charming stage manner, should excite such a response, especially from his adoring Chinese female fan-base, which was out in force. Now all we need is a disabling device for flash-cameras before during and after the performance.