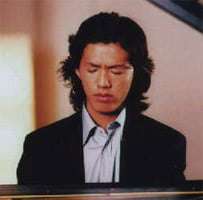 Yundi Li presented a program of Romantic piano works anchored by major helpings of Chopin and Mussorgsky in one of the most anticipated recitals of Carnegie Hall’s season.

Li brought an unusually declamatory cantabile to the opening measures of Chopin’s E flat Nocturne, eschewing the gentle and sentimental for an emphasis on clarity of line and balance that was reminiscent of Ivo Pogorelich’s way with this composer. The final high figurations emerged from near silence.

The four Mazurkas were presented in strongly contrasting moods: the first dithering between an almost waltz-like dance and a contemplative song, the second fleet and energetic, the third unfolding with an even tempo and gentle melodicism, the final one played in a constantly varying tempo, sometimes stretching the second beat in authentic folk-mazurka style, but sometimes careening into accelerandos that were not musically convincing. Li himself seemed more physically animated by these works than any others on the first half, his body a study in contrasts, from calm to meaningfully emphatic gesture.

Li presented Liszt’s transcription of Schumann’s “Widmung” in a strongly detailed interpretation with wide dynamics. It fell short in conveying Schumann’s remarkable melody, yet still thrilled with its exuberant musicality. 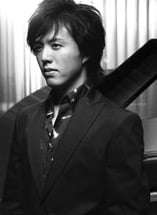 Jian-Zhong Wang may not be a familiar name, but he is a prominent musical figure in China, the vice-president of the prestigious Shanghai Conservatory and a prolific composer whose works for solo piano based on folk and traditional songs are enormously popular. Rosy Clouds Chasing after the Moon and Five Yunnan Folksongs are two of his most well-known works, written in a style that draws on late-Romantic and early 20th-century Western styles, variously reminiscent of Albéniz, Ravel and even Bartók. The music provided a strong but welcome contrast with Chopin and Schumann, and demonstrated Li’s skill as a characterful colourist.

Li elicited an almost orchestral sound from the Steinway in Chopin’s Andante spianato; the unfolding music was on a tight rein yet compelling, and Li summoned forth some of the most appealing piano sound I have heard in Carnegie Hall in a long time. He brought to the Polonaise an atmosphere that shifted from suave salon music to assertive grandeur – and even given the enormous dynamics employed drew a consistently warm sound from the piano, concluding with an unusually playful coda.

It was clear that Li had put a great deal of focus on character and variety in the recital’s first half. With Mussorgsky’s Pictures at an Exhibition, he opted to impart each section – and even each ‘Promenade’ – with individual character and enhanced contrast. The result was a less coherent but very colorful cycle.

The first few Pictures were dispatched with typical technical assurance, but the music itself was rendered with many of Mussorgsky’s rough edges sanded down; the blunt voice-leading and dissonance lacked the bite that many other pianists emphasize. Li utilized some dynamic contrasts in the opening Promenade that are not in the score, employed unusual sustaining pedaling in ‘Gnomus’, and presented ‘Old Castle’ as if it were written in one phrase. ‘Tuileries’ found Li figuratively hitting the gas on alternating pairs of measures, then slowing back to tempo primo – perhaps a bit too much. The tone-painting within the enormous crescendo and diminuendo that underpin the structure of ‘Bydlo’ were unusually effective, as was the depiction of contrast in ‘Samuel Goldenberg and Schmuyle’, the latter bearing more than a passing resemblance to the Jewish “street music” that pops up in so many of Mahler’s works.

‘Baba Yaga’ took on an unusual ferocity, seeming to nearly careen out of control (with a few glaring dropped notes), only to be reined-in with an air of edgy suspense. ‘The Great Gate of Kiev’ opened a bit more restrained than one normally hears, building slowly – the bell motif invoking the ‘Coronation Scene’ from “Boris Godunov” – to a grand and satisfying conclusion. Li’s original, even revisionist, approach to the work suggests that he is likely to re-think his approach to music, and bodes well for those who enjoy having their preconceptions challenged.

The encore, Jian-Zhong Wang’s The Moon, strongly contrasted with the grandeur of the Mussorgsky, its flashes of shimmering, sotto voce arpeggios and scales painting a gentle nocturnal portrait.