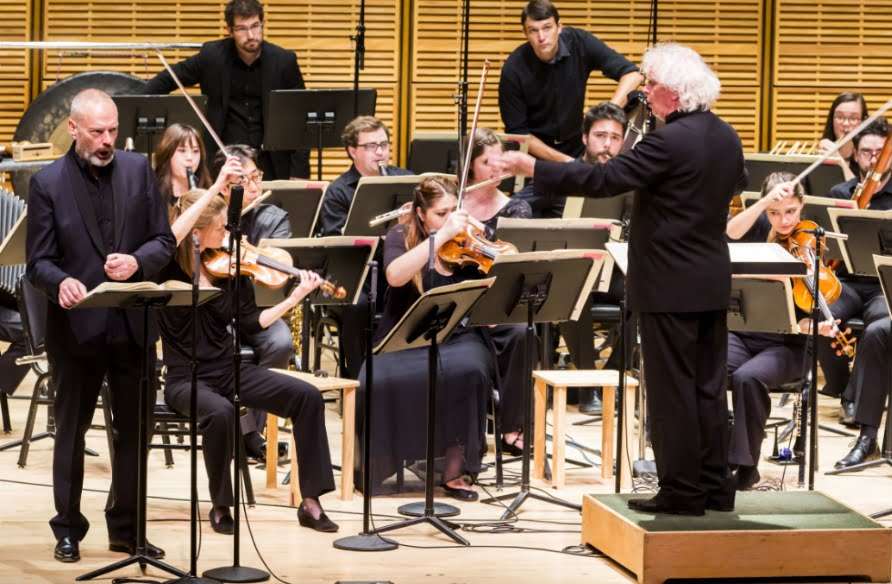 Winterreise, Schubert’s setting for voice and piano of twenty-four poems by Wilhelm Müller, remains at the pinnacle of the song-cycle genre. One might wonder, therefore, why composer/conductor Hans Zender chose in 1993 to transform Schubert’s work of art. That question kept recurring as Mark Padmore, Ensemble Connect and Simon Rattle performed Zender’s “composed interpretation”.

During the introduction, sandpaper blocks scratch on drumheads to simulate the crunch of footsteps on snow, and as woodwind, horn and trumpet players entered from the rear of the hall, the other musicians portrayed the eerie moonlight under which the protagonist’s story begins. Strings sweetly intoned the opening bars and accompaniment of ‘Gute Nacht’, but, with percussion and brass joining in, the third stanza was jarringly different, Padmore rising to a shout with “Die Liebe leibt das Wandern / Gott hat sie so gemacht / Von einem zu dem andern” (Love loves to wander / God has made it so / From one to another).

These words, in Schubert’s setting, convey philosophical resignation over the loss of the sweetheart’s affections, whereas Zender’s protagonist expresses rage. Other modifications of the vocal line at various points are less effective in illuminating the text, however ably Padmore spoke or whispered, rendering in a halting, broken manner, and repeating words – in ‘Die Post’, the voice amplified to high volume to emphasize “Mein Herz” (my heart). 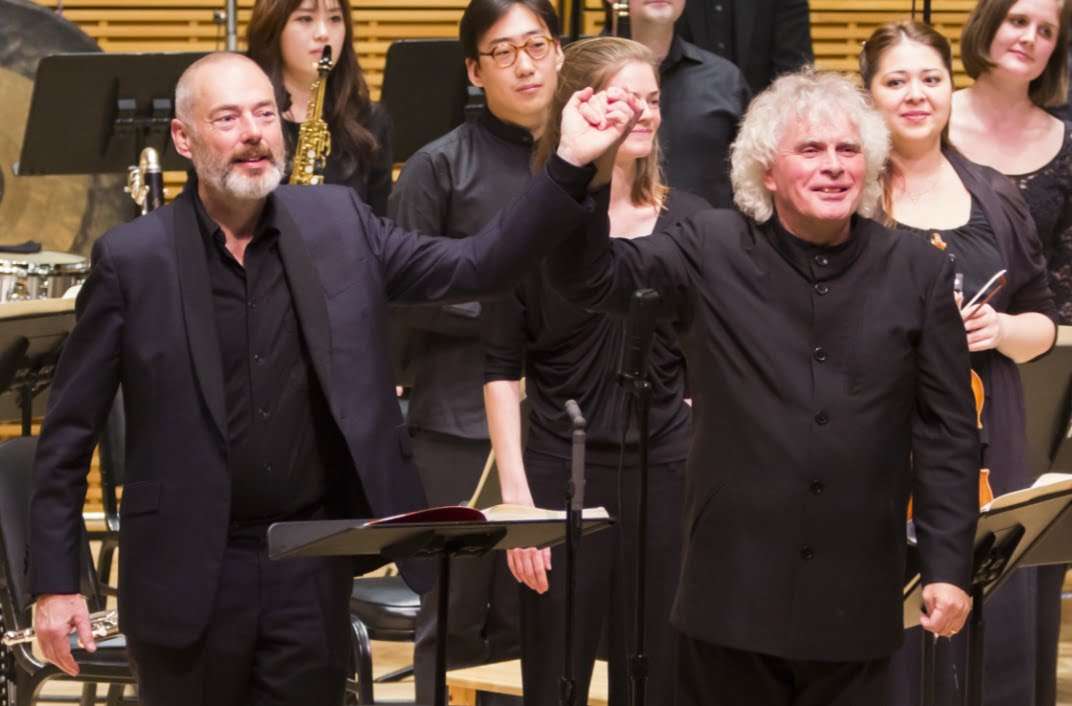 Zender employs diverse instruments, including harp, guitar, accordion, harmonica and soprano saxophone. In ‘Die Wetterfahne’ (The Weathervane) piccolos and wind machine simulate the howling gale on the rooftop of the beloved’s house, but horn and trumpet were barely audible, used without mouthpieces. In ‘Im Dorfe’ (In the Village) the textual reference to chains rattling is illustrated by metallic clanging.

Relocating the musicians created some interesting acoustic effects. In ‘Irrlicht’ (Will-o’-the-Wisp), clarinet, harmonica, muted trumpet and trombone together helped depict the separation between the central character and the peculiar light he observes; and in ‘Frühlingstraum’ (Dream of Spring), musicians were returned at the rear of the hall to offer contrast between the wanderer’s dream and the harsh reality to which he awakens. Other combinations abounded, not least ‘Das Wirtshaus’ (The Inn) – a graveyard that has no available room.

As Padmore sang the final number, ‘Der Leiermann’ (The Organ-Grinder), in which the despairing rover resolves to accompany a pitiful musician, represented by saxophone, the instrumentalists who had entered at the beginning were now on either side of the audience. The saxophone continued to punctuate the postlude, which began with a dissonant chord and ended on a forlorn note on double bass that faded into a silence that Simon Rattle prolonged.

Padmore demonstrated once again that he is among the preeminent interpreters of this music. He sang with beauty of tone, flawless diction and sensitive interpretation, and adapted to Zender’s demands. Rattle did a marvelous job drawing cohesive and excellent playing from Ensemble Connect, founded a decade ago as Ensemble ACJW in a partnership with Carnegie Hall, The Juilliard School and the Weill Music Institute, a two-year fellowship program for graduates.

I greatly enjoyed this Winterreise and found much beauty and insights in it to warrant what might less charitably be seen as tampering with a masterpiece.