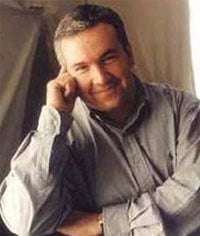 A mini Handel fest in London on this day (to say nothing of the near-simultaneous “Giulio Cesare” at Glyndebourne) found Zurich Opera’s production of “Agrippina” at the Royal Festival Hall, closely followed by “Arianna in Creta” in the Barbican Hall. Timings allowed committed Handelians to dash from one to the other … some did.

Zurich Opera’s choice of “Agrippina” was particularly apposite. 2009 marks the 300th-anniversary of its composition and it is arguably Handel’s first operatic masterpiece, which was first heard in Venice, and certainly his greatest success up to that date. The plot – an anti-heroic satirical comedy in which nearly all the characters are in it solely for themselves and totally amoral when it comes to furthering their own interests – has a delicious contemporary resonance given the current political situation in the UK; and the opera enjoys an unusually pacey and satisfactory libretto, its arias shorter and more numerous than in Handel’s later operas, and perhaps for this reason it works particularly well in a concert performance such as this.

The plot is based on events circa 40-50 AD as related by Tacitus and Suetonius. Agrippina, wife of the Roman Emperor Claudius, is busy scheming to ensure that Nerone (Nero), her son by a previous marriage, will succeed to the throne. Believing Claudius to have been drowned, she arranges to have Nero proclaimed. However, it transpires that his faithful lieutenant Ottone saved Claudius from death, and in return Claudius has named Ottone his successor. To complicate matters Ottone is in love with Poppea who also just happens to be the object of Claudius’s desires. To complicate matters still further, the “absolutely gorgeous” Poppea, an incorrigible flirt, also happens to be the object of the youthful Nero’s attentions. All this provides fruitful ammunition for Agrippina’s inveterate scheming. A convoluted plot … suffice it to say that in the end – rather as with Così fan tutte – all is satisfactorily resolved, order is restored and nobody gets hurt. 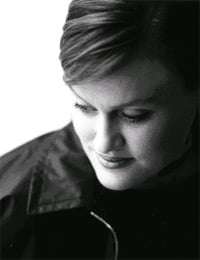 In the role of Agrippina, Vesselina Kasarova was incomparable as she stalked the corridors of power, not just in the great set pieces but also in the cut and thrust of the recitatives as she wheedles and manipulates the other characters. She is the sun around which all the planets/characters revolve, even in repose remaining the constant focus of our attention, the merest flick of her eyebrow subtly compulsive. Too often Handel has become the preserve of early music specialists. However, Handel’s greatest female roles repay great voices – Joan Sutherland or Janet Baker both spring to mind – and Kasarova’s is undoubtedly a great voice. Her final aria ‘Though tempest blow…’ was an absolute showstopper and a feast of terrific singing.

As Poppea – the competing focus of attention to Agrippina – Eva Liebau (replacing Malin Hartelius), a natural voice for Papagena and Barbarina (she has sung both roles), started a little tentatively but gained in confidence. “How wonderful it would be if my beloved were innocent” she sings of her lover Ottone … but virtually nobody in this opera is innocent. In fact, there is a delightfully knowing quality to Handel’s treatment, a rather modern and sophisticated acceptance of human frailty that is at the opposite extreme to the cardboard cut-out emotions frequently voiced in early operas.

Poppea’s other lovers, Claudius himself and Agrippina’s callow self-serving son Nero, were sung by László Polgár, a looming powerful presence and a visually credible Emperor although hardly any longer a great voice – and Anna Bonitatibus respectively. Bonitatibus singing Nero, a role originally created for a castrato, was particularly well-cast, creamy toned and aptly sensuous and almost as charismatic as Kasarova in the hugely taxing aria ‘Like a cloud blown along by the wind’ which benefited from some gloriously stylish oboe-playing from Yann Miriel. 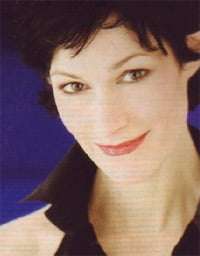 In another significant role, Ottone, Marijana Mijanovic was the least satisfactory member of the cast. Something of a specialist in 18th-century opera, she is clearly a fine singer with an impressive lower register but one suspects that she is probably heard to better advantage in more restricted confines. In the Royal Festival Hall she lacked something of the projection of the other main characters and the part of Ottone is a difficult one to bring off; a little like Don Ottavio in “Don Giovanni”, Ottone is something of a predictable ‘Goody-two-shoes’ whereas everyone else is delightfully and unashamedly wicked.

The minor ‘comic’ parts of Pallante and Narciso were taken with relish by the Spanish Ruben Drole and the Brazilian countertenor José Lemos who only had to mince apprehensively across the stage to have the audience in stitches although – as his initial encounter with Agrippina made abundantly clear (“I hasten away with a heart full of happiness”) – he also sings as excellently as he acts.

Central to the project’s success was the inspiring direction of Marc Minkowski – not so much a conductor in this repertoire, more an animateur energising all around him with his love and understanding of Handel shining through every bar – and the superb Orchestra La Scintilla (Italian for ‘spark’). Created in 1996, this is a specialist group (39 strong on this occasion) formed from within the Zurich Opera Orchestra to present operas of the 17th- and 18th-centuries on ‘period’ instruments, and it has been so successful that now almost all baroque and classical operas produced by Zurich Opera are played by La Scintilla.

The last word however must go to Kasarova for hers was not so much a performance, more an “Audience with Agrippina”. Don’t expect to hear any Handel heroine – or anti-heroine in the case of Agrippina – sung with such mesmerising panache and éclat any time again soon.