Richard Strauss’s “Der Rosenkavalier” may initially have seemed an odd choice for a concert performance, not least as it holds a secure place in the repertoire of most major opera houses. It also has those famous set-pieces – the Marschallin’s morning audience, the arrival of Octavian at Faninal’s house and the presentation of the silver rose, Baron Ochs’s disastrous attempt at seduction at the start of the third act and the famous trio – that everyone knows and which are generally associated with a certain ‘chocolate box’ style of production, a sort of operatic kitsch.

Additionally, there might have been dangers in removing the visual aspect of what is actually rather a long work. Zurich Opera proved the choice of “Der Rosenkavalier” for its now-annual appearance at the Royal Festival Hall to be an inspired one. There are several bonuses to occasionally encountering such a repertoire piece this way. This is a piece rooted within an opera house setting, the orchestra confined to a pit, which can mask myriad details of Strauss’s scoring. Such detail may of course be heard on recordings – but listening to a work at home, even with a full score in front of you, still lacks the visual element, and one is most likely concentrating on vocal parts.

Franz Welser-Möst and the Zurich Opera Orchestra were in fine fettle, delivering an account of the score notable for its clarity, fleetness, dynamic variety and restraint, but also virtuosity. This was a decidedly unromantic and non-indulgent reading, which is not to say that it was clinical. It was as if Welser-Möst was at pains to demonstrate that this was the work that followed “Salome” and “Elektra”, rather than emphasise that it was a compositional retreat on the part of Strauss that many commentators have supposed. Take the scene in Act two after Octavian has just nipped Baron Ochs’s arm with his sword; there is a quintet for the main protagonists (Ochs, Octavian, Sophie, Marianne and Faninal) that has all the rhythmic and tonal complexity of the chorus of the five Jews from “Salome”. Usually marginalised by complex stage business, here it stood out.

Welser-Möst brought out a sinewy rather than lush quality from the strings, and the gloriously tuneful waltzes were less Johann Strauss (the Second) pastiche, but more tinged with a sense of wistfulness and uncertainty. Other orchestral felicities emerged – the imaginative percussion details that Strauss sketches in, and also the use of harps – had you realised that when the Marschallin sings about stopping the clocks that the gentle chimes in the orchestra are not sounded from the percussion section but from the harps? All sections of the Orchestra relished their moments in the spotlight, and it was a pleasure to note that there was little of the horn bombast that mars more obviously romantic interpretations. Welser-Möst seems to have taken note of the Strauss’s tips on conducting: “never look at the horns – it just encourages them”; “if you cannot hear the horns they are still playing too loudly!”. Welser-Möst is also a remarkably singer-friendly conductor and was constantly urging restraint of volume on his players to allow vocal details to be heard. And, despite the singers being placed behind the orchestra, it was.

There were two other advantages. Being able to follow the text on surtitles, rather than cursorily as one might in the theatre, meant that much more of Hofmannsthal’s subtle libretto registered. Additionally, the cast was obviously well rehearsed in the ‘production’ and gave just enough sense of drama by well-judged interaction, positioning and physical and vocal acting. And a very strong and balanced cast it was too. 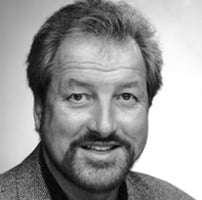 Perhaps the most striking performance was that of Alfred Muff as Baron Ochs. I’m not sure if he has appeared at Covent Garden, and that is London’s loss. This Ochs was at the centre of the drama, and Muff captured well the easy-going character of the cheerful, somewhat rapacious country aristocrat totally at sea in the socially-structured and cynical world of the court of his capital city. He did so by not descending to caricature, not being boorish, and retaining an endearingly sympathetic quality. The Baron’s faintly ridiculous self-belief and self-importance emerged strongly too. He also sang the text with very close attention to Austrian dialect, and in a strong, rich and granite-solid bass, closing the second act with some long and resonant bottom Es. 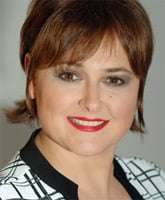 Michelle Breedt’s Octavian was also something of a find. Hers is a rather light mezzo for the part of this confused adolescent, but it is a warm voice, full of colour and it projects well. Without the advantage of costume, she was dressed in a black tailcoat with open-necked white shirt; she managed the feat of being a woman playing a man who repeatedly dresses as a woman, by dint of some clever changes in posture; she turned in some humorous, if close to the edge, comic tone. With Nina Stemme’s intelligent and aristocratic Marschallin she also revealed the petulant nature and immature jealousy of the boy, and also that their affair was already beginning to falter dangerously at the time we first meet them. Stemme’s rich voiced and subtly mercurial Marschallin was the focus of the first act – she’s a compelling actress even in a concert performance. In the final act she could not perhaps take full advantage of the music that accompanies her arrival at the tavern, but she evinced well the dubious morality by which the Marschallin brings the emotional tangles to resolution; she launched the Trio with aplomb.

Laura Aitken was a mettlesome and feisty Sophie, with a touch of vulnerability, and her bright yet mellow soprano blended well with Breedt’s mezzo. That she and Breedt were of a similar height and occasionally dwarfed by the physical height of Muff and also Rolf Haunstein’s authoritative and gravel-voiced Faninal made them seem rather a touchingly vulnerable pair at times.

Some of the smaller parts were also well taken. Piotr Beczala’s honeyed tones provided a glorious oasis of tenor sounds in Act One, and Christiane Kohl’s duenna made her presence felt – and her desperate self-preserving justification of the ‘rightness’ of Ochs’s rather liberal behaviour was rather comical. Kismara Pessatti was a lush-voiced if slightly under-powered Annina and Rudolf Schasching’s Valzacchi perhaps needed to be vocally more incisive, although he was appropriately seedy. Reinhard Mayr was a strong Policeman.

So a strong performance that was warmly and enthusiastically received by a very full house. Some may have found Welser-Möst’s conducting of some of the ‘highlights’ such as the Trio and the final duet a little too speedy, though it was good to hear the last lines of the final duet unpunctuated by breaths simply to allow the singers to survive. However, he managed to bring out a serious side to the work while also paying service to its comedy, revitalising a work that maybe runs the risk of being irretrievably steeped in a certain performing tradition to its detriment. And that is no mean achievement.