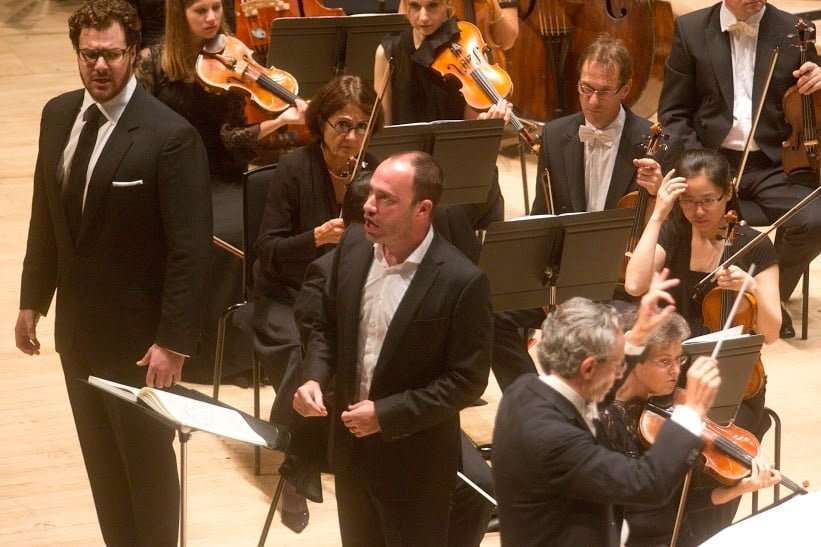 To begin the latest International Orchestra Season at Southbank Centre, and for one night only, Zurich Opera decamped from its Swiss lakeside home to come to London for a concert performance of its current production of Alban Berg’s Wozzeck – directed by intendant Andreas Homoki and conducted by music director Fabio Luisi. If the staging gets anywhere near matching the musical side of things, it must be quite a show. The only cast member not to make it to London was Christian Gerhaher, who had been having difficulties during the Zurich run. His place was taken by Leigh Melrose, who had led the 2013 English National Opera production of Wozzeck in the title-role.

Melrose may have been the only British singer among an accomplished cast of mainly German-speaking singers, and the only one to be attached, albeit lightly, to a music-stand, but he still commanded the evening’s 90-minute span with astonishing power. Since he was present for most of the time, the action couldn’t help but revolve around him, and he responded with a compelling brand of cowed defensiveness and passive aggression as Wozzeck’s psyche unravels. 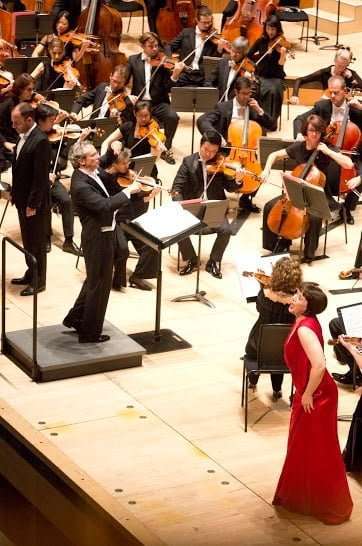 Whether he intended it or not, Melrose’s singing seemed to grow from within the orchestra rather than float above it, and this gave his performance of the abused, exploited and decent soldier in the grip of hellish visions and vile people a terrifying intensity. Also, if memory serves, his lower range has opened out considerably since the ENO run. In short, Melrose triumphed in a magnificently all-embracing portrayal in one of the most dramatic concert performances of an opera that I’ve experienced, with an equally vivid supporting cast pushing their victim towards the abyss.

Gun-Brit Barkmin, looking like a 1920s’ German nightclub vamp, gave an outstanding account as Marie, lubriciously sluttish as she sized up the Drum Major but even more powerful in the remorse at the heart of her big Act Three scene, projecting the music with impressive vocal glamour and secure intonation.

Wolfgang Ablinger-Sperrhacke as the Captain piled on the grotesqueries with his high, expressionist tenor and, with Wozzeck’s other main tormentor, the Doctor, sung with inky-black vocal weight and tone by Lars Woldt, assured the bitter comedy of their duo in Act Two. Brandon Jovanovich’s swaggering Drum Major was pure vocal priapism and made Wozzeck’s final descent into murder and madness all the more convincing.

Presiding over this power-surge was Fabio Luisi, whose command of Berg’s strict formalism allowed the singers their dramatic freedom. He enabled the orchestra to reveal as much detail as the ear could take in, and the playing, while virtuosic and almost hallucinatory, conjured up the moon and blood at the centre of this expressionist nightmare and was tailored to every overwrought or comic situation, dispelling the notion that atonality is the soundtrack to general anxiety, and the interludes have never sounded so crucial to the unfolding tragedy. Luisi, with extraordinary adroitness, let you hear the whole weight of German music squeezing through this score. Also, as he inexorably turned the screw on Wozzeck ever tighter, I wondered again how things would have panned out if Benjamin Britten had studied with Berg. Conductor, soloists, chorus and orchestra possessed and were possessed by the music, and the result was overwhelming.