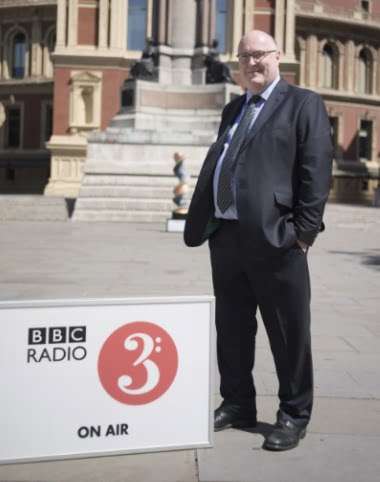 It’s that time of year again – the time of year when the musical world turns its attention to South Kensington and the Royal Albert Hall with the thousands of people who will indulge in glorious music for eight weeks at the world’s largest classical music festival, the BBC Proms.

It’s also the time when Radio 3 turns much of its attention to bringing the festival to people at home, wherever they are, broadcasting every concert in full and reflecting the many talks and events that characterise this wonderful musical gathering. Audiences can listen on the radio or online in glorious HD sound, or, for the adventurous, in surround sound – it’s almost like being in the Albert hall itself.

This is my second Proms as Controller and I know what to expect – eight weeks of pleasure and surprise, and every time you even dare to feel a bit tired from back-to-back late-nights (four weeks in, for example) you experience something transcendental that makes you feel on top of the world.

The great thing about the Proms is the breadth of what’s on offer. Thirty-two concerts in I’m looking forward to hearing Dutilleux’s The Shadows of Time and two more pieces by him on subsequent evenings, including the Van Gogh inspired Timbres, espace, mouvement. A lot of Bruckner from some great European orchestras, Steve Reich from a car park in Peckham, some guilty pleasure from Webern, some Jazz with attitude, many new works, rediscoveries of the old such as the Aurora Orchestra’s performance of Mozart’s ‘Jupiter’ Symphony (completely from memory), the revelation of the winners of our Proms Inspire Young Composers competition – poetry and music late in the evenings at the top of the Albert Hall, chamber concerts on lunchtimes on Monday – how could it not enrich the soul?

The Proms is a festival that in every way fulfils the remit of the BBC – to educate, entertain, and inform, with intelligently programmed concerts and explanation and provocation in talks that surround the concerts. And in that it’s also an extension of what BBC Radio 3 gets up to every day of the year – connecting our audiences with remarkable music and culture.

At the end of the Proms everyone who works there has given their all – but all are enriched by having had the chance to experience some of the greatest music ever written and performed by established and rising stars of the music world. It’s a coming together to celebrate and explore how music binds us, and how music, which at first sight may seem difficult, pays such dividends if given the right attention.

That’s why I love summer at South Ken, and Radio 3 all year round. Come and join us at the live concerts in person, on Radio 3, on TV and Online.