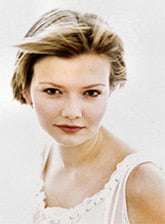 With Julia Fischer having been ill and unable to prepare for the advertised and attractive bill of Grieg and Tchaikovsky (with conductor Yakov Kreizberg at the piano), Alina Ibragimova and Huw Watkins stepped in at short notice with an equally appealing hour of music.

Thus Messiaen’s first chamber work added to the seventeen already scheduled to appear at the Proms this year (fellow-centenarian Elliott Carter has not been so fortunate in numeric terms; just four pieces!) and providing an insight into a Messiaen’s musical language in progress – part way towards the ‘Louange à l’immortalité de Jésus’ of the Quartet for the End of Time, written for the same instrumental combination. 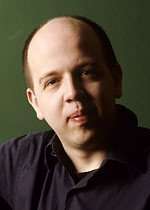 Huw Watkins was taxed in the big right-hand chords but played them brilliantly, the bell-like sonorities coming through as the theme found a powerful restatement in the violin. For the most part Ibragimova’s long, sustained notes were completely at odds with the piano and were reliably firm, keeping a louder dynamic despite a slow bowing speed.

Greater subtlety was at work in Debussy’s Sonata, where the pair enjoyed the many flights of fancy taken by the composer, always within the confines of a rigid structure. The quiet music was especially well done – a soft reverie in the first movement, fluttering violin figuration in the second and an endearingly lazy air to the slower passage of the finale. In the faster sections both violin and piano were totally unanimous, and found commendable detail.

Prokofiev’s Second Violin Sonata – made as such through a surprisingly easy transcription from the flute original – could have done with more full-blooded passion, especially in the triumphant second theme of the finale, where Ibragimova’s tone was noticeably smaller than the piano. Elsewhere, however, there were many good moments – a graceful Moderato, played relatively straight where tempo was concerned – and a nicely paced, tender Andante, both players getting to the full emotion beneath the surface. The scherzo was led off with crisp staccato from Watkins, the tongue-in-cheek humour occasionally darkening before the two embarked on a thrilling, hurried flight to the end.

Ibragimova retained the same key, D major, for an encore of Massenet’s ‘Méditation’ from “Thaïs”, warmly and affectionately performed with Watkins, as ever, an attentive accompanist.