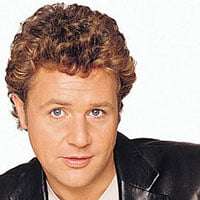 This Prom was set to be one of the most controversial of the 2007 season. Cries of “dumbing down” were made almost before the Prospectus was published. Michael Ball, star of musical theatre, was to have his own Prom and the classical music audience was up in arms, or at least this is what the press would have you believe.

The day after the concert, a glance at the BBC Radio 3 message-board continues the controversy: over two-hundred messages with fans of Ball declaring the concert a triumph over “snobbish” classical music lovers who in turn said they avoided listening as the music was bound to be inferior to other concerts at the Proms.

But the Proms has long been a broad church. It is therefore peculiar that the out-going Controller, Nicholas Kenyon, has taken so much flack over Ball’s appearance.

The Hall was a sell-out in terms of seated members even if the Arena and Gallery were nearly empty. This was a different kind of audience – one made up, in the main, by the middle-aged fan-base that Ball has built over 20 years. Ladies of a certain age whom once might have considered throwing their knickers and swooning at their pop-idols looked as though they were considering doing the same again. Ball’s encouragement whipped the gathering to fever-pitch and he could have sung “Three Blind Mice” out of tune and still have received the standing ovation that followed every piece. 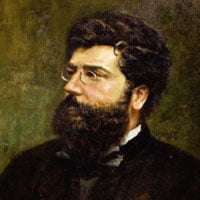 Many well-known and hummable numbers were included in this Prom. Jule Styne and Stephen Sondheim from the Broadway tradition vied with new-pretenders from Europe – Benny Andersson and Andrew Lloyd Webber (both of whom, it is easy to forget, have now been writing hit musicals for over thirty years). In between, a strange choice of the campest of camp renditions of “If you are anxious for to shine’ from “Patience” and the duet ‘Au fond du temple saint’ from “The Pearl Fishers” made for unpalatable listening, if only for the distorted use of amplification that plagued the whole concert.

A concert such as this can be made or slain by the sound engineers and their skill, or lack of it, in making the instruments, including the voice, natural and in fact seeming to be non-amplified. I am unsure what the problems were but, in short, the sound balance was catastrophic. The strings, in the louder numbers, were mere eye-candy and inaudible; the brass, drum-kit and electronic instruments dominated producing volume that was unattractive and often with very little musical merit. 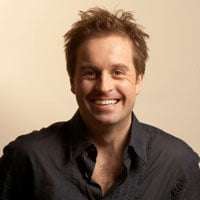 Alfie Boe, known as Alfred before he was whipped off to Broadway to play in Baz Luhrmann’s production of “La bohème”, is the darling of Classic FM and none the worse for being so. Sadly the choice of singing ‘Au fond du temple saint’ was not a good one, and one that clearly demonstrated Ball’s lack of vocal training with the latter’s clipped phrases and mis-tuned high notes standing proud next to Boe’s well-honed classical technique. Boe’s solo that followed however was delightful within the restraints that the whole stage was amplified and we were denied the opportunity to hear the real marvel of his natural tenor voice.

A dig was made at the elitism of the Proms, subtly in ‘Feeling Good’ – from a musical vaudeville piece about the British class system and more overtly in Ball’s comments before the selection from “Patience”. Was this necessary? If anything his comments increased any perceived gap between so-called “high art” and “pop music”; maybe he didn’t really mean what he said. At the end of the concert, just before John Miles’s seminal anthem “Music”, Ball called to all lovers of good music be they from the classical, rock, jazz or stage genres and embrace what is good within that art-form. I whole-heartedly agree with this sentiment and salute the differences that make music so varied and exciting.

The delight of the evening came with the introduction of Laura Michelle Kennedy, currently singing the part of Galadriel in “The Lord of the Rings” at the Theatre Royal, Drury Lane. At the age of 27 she is no newcomer to musical theatre having received critical acclaim for the role of Mary Poppins. She made her West End debut at just 17 in “Beauty and the Beast” where she met her husband, choreographer Nick Winston. Kennedy’s duet with Ball saw her as a dynamic and infectious performer who was more than equal to the task: matching Ball for style and energy in this upbeat number by Carole Bayer Sager. Once again poor sound marred this engaging performance with both singers being swamped by an over-amplified BBC Concert Orchestra.

The anthem to Music itself, written by John Miles and the musician’s best-known hit (reaching the top 3 in 1976), was a natural ending to the night’s festivities. Ball recorded it on his 2005 album of the same name and warms naturally to the range and style of the piece. Violinist Izzy Johnston’s performance at the back of the stage was easily missed – again due to poor amplification – and the piece was clearly more dedicated to stage-craft (Ball’s playing the timpani about half-way through) than to careful musical precision. Nevertheless the audience lapped it up. As an encore Michael Ball performed his UK Number 2 chart-hit from “Aspects of Love” – Love Changes Everything’. It is a song that he has made his own and the audience gorged itself on the music of their chosen one.

So was Nicholas Kenyon right when he denied charges of “dumbing down” at the Proms this year? Kenyon knows an audience-puller when he sees one and ever since his predecessor John Drummond programmed Birtwistle’s Panic in the second half of the Last Night in 1995 (his last Prom as Controller) Kenyon has seen fit to challenge what are considered the established norms of the Festival. Where the Proms goes from here. Despite possibly correct criticism that this concert was better suited to Radio 2 than Radio 3 it was a success in terms of audience enjoyment rather than musical finesse.