Two very different symphonies, generously coupled here in the second of the Bavarian Radio Symphony Orchestra’s two Proms, that seek reconciliation; Honegger through a suggestion of paradise after violent strife and Beethoven offering a paean of praise for the brotherhood of man. 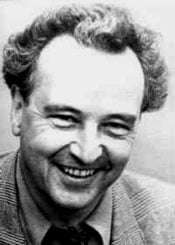 Mariss Jansons has been a doughty champion – including two recordings – of Arthur Honegger’s Symphonie liturgique, completed in 1946. The ravages of war and hope for the future inform this gripping and moving work, the best-known of Honegger’s five symphonies, all of which are worth exploring like so much of this superb composer’s output. Jansons paced the opening movement (‘Dies irae’) to deliberate effect, ratcheting-up the tension if not pursuing the most graphic course, but securing a dynamic and detailed response from his Munich-based orchestra that was devoted to the cause. After such tense scurrying and militaristic intrusion, the second movement (‘De profundis clamavi’) brings an attempt at consolation and radiance – the beauty of the music shaped ideally by Jansons without sentimentality or exaggeration – before being ensnared in further conflict, once again set up in this performance as a musical act rather than a programmatic one. Jansons missed a trick by not continuing directly into the finale (‘Dona nobis pacem’) – give a Prom audience the opportunity to cough and it does! Tension needed to be re-established quickly – and was – Jansons driving the ostinato on (potentially the weakest part of this work) and building thrillingly to the dissonant climax, which, if not as stomach-churning as it might have been, certainly exploded (with much visual encouragement from the conductor), the final bars transporting us to another planet, one of peace and ethereal beauty and blessed here with superb solos from flute, piccolo, cello and violin. What a shame that what should have been an extended period of reflective silence, after the music fades to nothing, was intruded upon by someone more interested in applauding. 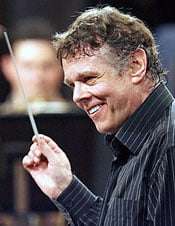 Beethoven 9 was disappointing. The first movement, however expressive and bejewelled, lacked boundary-breaking tempestuousness and, while cohesive, needed to expand more. The scherzo, seriously compromised by the lack of the so-important second repeat, initially enjoyed a well-chiselled rhythmic profile, required a more rugged approach and the trio was inappropriately dainty. Come the slow movement, with a tempo decidedly ‘without ceremony’, Jansons’s all-through ‘con moto’ gave the music no room to progress when the tempo changes from Adagio (which was never suggested) to Andante and was, throughout, expressively restricted. Rarely has the finale’s turbulent opening sounded so tame, and while the lower-strings’ recitatives brought some intensity and the ‘Ode to Joy’ theme a certain uplift, these were in parentheses, part of a stylised interpretation that sacrificed the spirit for the letter. The Bavarian Radio Chorus, technically superb and impressively blended in quieter passages, was lacklustre in the lustier sections and the four soloists were each distinguished and well-balanced, Michael Volle’s call to attention arresting. Quite why Jansons decided to have an off-stage trumpet, the player then moving a little closer into the Hall, in ‘Froh, wie seine Sonnen fliegen’ (the tenor’s solo), is a mystery; certainly questionable, this distracting and detracting gesture was this resolutely uninvolving, if immaculate, performance’s only novelty.