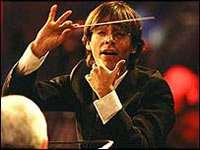 Proms 24 & 26 (31 July & 1 August): Ilan Volkov always has the Season’s most interesting programmes, and this year’s twofer is no different. The first evening begins with Sibelius’s last orchestral masterpiece, Tapiola – an ‘eighth symphony’ by any other name – and concludes with Debussy’s equally sensual and visceral La mer. In between, Britten’s Piano Concerto (with Steven Osborne) and Varèse’s strange and haunting “Ecuatorial”. The following evening, Volkov continues to flesh out his Mahler credentials with the spiritually disturbed Ninth, one of the supreme tests for any conductor). Perhaps appropriately, he will be preceding it with György Kurtág’s Stele, a characteristically gnomic offering from one of the world’s greatest living composers in the form of a tombstone.

Prom 29 (4 August): If there’s one thing this country’s National Youth Orchestra does well, it’s to make a jolly loud noise. With the redoubtable Mark Elder at the helm and Shostakovich’s gigantic ‘Leningrad’ Symphony on the programme, this will be the roof-raising event of the season – especially in the famous march in the first movement, an eight-minute long crescendo which forms a kind of destructive counterpoint to Ravel’s Boléro. There will also be a chance to hear Prokofiev’s First Piano Concerto (with Alexander Kobrin), one of his most purely enjoyable works, bubbling over with the hyperactive inventiveness of a composer still enjoying his reputation as an enfant terrible.

Prom 38 (11 August): Another youth orchestra, this time the European Union one. Sir Colin Davis will be just a few weeks shy of his 80th-birthday when he conducts his young charges, but, like a fine wine (or any of the great European conductors of yore), he is a musician who has only improved with age. His readings of Brahms’s Third Symphony and Sibelius’s Fifth promise to be typically gripping and insightful affairs.

Prom 39 (12 August): One of Nicholas Kenyon’s most ambitious projects, the first-ever Proms ‘Ring’ Cycle, reaches its apotheosis with “Götterdämmerung”. Well-regarded Donald Runnicles conducts, but the most compelling reason to brave the fug of several thousand sweaty, sticky Wagner fans will be to hear Christine Brewer’s Brünnhilde. Without doubt one of the great Wagnerians of our age, Brewer’s (and Brünnhilde’s!) ‘Immolation Scene’ should be well worth the six-hour wait.

Prom 48 (19 August): This is the year of the Youth Orchestra. On this occasion Londoners will get a chance to witness something truly remarkable: the spectre of a successful government-sponsored arts programme. The youths of Venezuela will be taking the platform: plucked from poverty and shaped by prodigious young maestro Gustavo Dudamel into a world-class ensemble, the Simón Bolivar National Youth Orchestra of Venezuela is proof that music can have a real and lasting impact on ordinary people’s lives. The concert includes Shostakovich’s brooding 10th Symphony and a second half of Latin treats and the Symphonic Dances from Leonard Bernstein’s “West Side Story”. 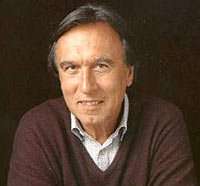 Prom 51 (22 August): One of the finest Mahlerians alive, Claudio Abbado is a relatively infrequent visitor to these shores and any opportunity to hear him should be grasped with both hands. That he is bringing his hand-picked Lucerne Festival Orchestra and Mahler’s epic Third Symphony makes this an early candidate for ‘Prom of the Season’.

Prom 53 (24 August): Bernard Haitink has long had a huge fan-base in London, and his work here in recent years has elevated him to near god-like stature in the eyes of his followers. Appearing in a rare collaboration with the Royal Concertgebouw Orchestra – the orchestra he was at the helm of for 27 years – he will be performing one of his great specialities, Bruckner’s Eighth Symphony. (Is he really conducting Nowak’s edition rather than his hitherto preferred Haas version?)

Proms 60 & 62 (29 & 30 August): The above orchestra’s current chief conductor, Mariss Jansons, has become the conducting equivalent of Harry Gordon Selfridge, flanked on either side by the orchestral equivalent of the Dolly Twins: on the one arm is the aforementioned Concertgebouw Orchestra; and on the other, the Bavarian Radio Symphony, with whom he will be stepping out to the Proms. His two programmes are as meaty as we have come to expect from Jansons and include Richard Strauss’s Also sprach Zarathustra, Sibelius’s Second Symphony and Honegger’s highly underrated ‘Symphonie liturgique’ (the Third of his five symphonies). To top if all off is the second – yes, second – Beethoven ‘Choral’ of the season. (The opening night of the season parades the first one.)

Proms 66 & 68 (3 & 4 September): Daniel Barenboim and the Vienna Philharmonic should bring some old-world splendour to the season with their concert of Schubert’s Fifth Symphony and Bruckner’s Fourth. The following night should prove rather more interesting, however, with a Hungarian-Romanian programme including Bartók’s Music for Strings, Percussion and Celesta, Enescu’s Romanian Rhapsody No.1, Kodály’s ribald Dances from Galánta and – most interestingly of all – Ligeti’s haunting Atmosphères. To hear an orchestra as ‘conservative’ as the VPO performing “the score from 2001: A Space Odyssey” will be worth the entry-price alone.

Prom 69 (5 September): Yet another Concertgebouw alumnus, Riccardo Chailly, will this year be performing with his new orchestra, the Leipzig Gewandhaus. With former principal conductors including Mendelssohn, Nikisch, Furtwängler and Bruno Walter, the orchestra is said to have the longest unbroken tradition in European music and seems in no hurry to break that tradition with this programme of Beethoven’s Violin Concerto and Brahms’s Fourth Symphony. Chailly has an assuredly modernist pedigree and young Armenian violinist Sergei Khachatryan should present a fascinating mix of techniques old and new.