Simon Rattle’s appearances with Berliner Philharmoniker at the Proms have drawn attention to a partnership often tentative in interpretative terms. Following their concert of Beethoven and Mahler, this second-night programme took in German late-Romanticism and its Austrian modernist continuation such as Rattle has been exploring (and, in some cases, revisiting) intensively over the last decade.

Whatever their shared language, the final works of Wagner and Richard Strauss could not present a greater contrast in terms of purpose and ambition. Having given the work complete at the 2001 Proms and then at the Royal Opera the following year, Rattle is no stranger to “Parsifal” and this performance of the ‘Prelude to Act One’ was impressively long-breathed. Whether such continuity was at the expense of its negative (chromatic) aspects was another matter; without necessarily lacking gravity, there was a lack of expressive anguish not wholly concealed by the effortlessness of the playing. Rattle’s opting for the ‘concert ending’, essentially the final bars of the first act added on to effect a definite cadential close rather than leaving the music tonally suspended, may partly have accounted for this. 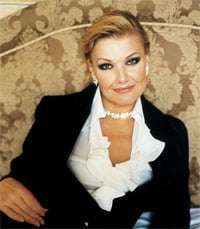 Where Wagner prophesises, Strauss more often reflects. Relatively neglected after an initial decade of exposure, the “Four Last Songs” (the most-recent music in this concert) have latterly been much performed to the extent that their more innovative traits (alluded to by Robin Holloway in his thoughtful programme note) have been subsumed in an aura of nostalgia and wistful indulgence. Whether Karita Mattila and Rattle intended to dispense with such a patina, their performance proved only intermittently successful. ‘Frühling’ was enticingly buoyant, while ‘September’ (the overlooked highlight of the sequence) was exquisitely rendered. Even here, it was possible to sense an underlying slowing of pulse (thereby placing maximum strain on the closing horn soliloquy, though Stefan Dohr was fully equal to the task) – something more noticeable with ‘Beim Schlafengehen’, whose violin solo was effortfully rendered by Guy Braunstein and its final stanza unduly emoted over, while ‘Im Abendrot’ tapered off to a conclusion less transcendent than somnolent. Some undeniably resplendent singing from Mattila, but also a tendency for the orchestra to submerge her voice – a reminder that Rattle is not always the most attentive of accompanists.

The second half brought a worthwhile programming of the orchestral pieces written by the so-called Second Viennese School at the height of musical Expressionism, given as a (largely) continuous sequence in line with Rattle’s request that they be should experienced as a post-Mahlerian symphony: an astute means, maybe, to ensure there were not 13 extraneous bursts of applause during the performance.

Rattle gave some memorable performances of Schoenberg’s Five Orchestral Pieces during his years in Birmingham – then, as now, opting for the original 1909 version with its opulent scoring but also its extended range of timbre and texture. ‘Vorgefühle’ evinced a tangible sense of anticipation and catastrophe, while ‘Vergangenes’ yielded the necessary longing and regret (Rattle’s drawing out of incidental detail largely to its benefit). ‘Farben’ may be the first post-priori instance of ‘installation music’, its constantly changing surface detail as skilfully brought out as its static deep structure; after which, the marvel of thematic compression that is ‘Peripetie’ felt the more febrile. Rattle did not quite succeed in making ‘Das obligate Rezitativ’ the inevitable culmination though, if the final bars sounded unduly provisional, that was a plausible way of ensuring continuity going into what followed. 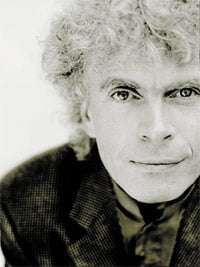 Surprisingly, perhaps, Rattle did not also choose the 1909 version of Webern’s Six Orchestral Pieces – as the orchestral complement was available and the 1928 revision, moreover, intentionally dilutes the expressive extremes of the original as is surely inappropriate when the work is programmed in a context such as this one. In particular, the febrile emotion of the second piece seemed muted at its climax, while those either side were respectively too swift and too insubstantial to leave much of an impression. The fourth piece, however, was powerfully realised: almost as arresting to watch as to listen to, its funereal tread built to a desperate climax of gongs and tam-tams which filled the Albert Hall acoustic like few others. The final pieces can easily seem anti-climactic, but the first of them yielded an evocative strain of recollection, before the ultimate piece fragmented eloquently into nothingness.

Although Berg responded as intently to Schoenberg as had Webern before him, his Three Orchestral Pieces (completed in 1915 and heard in its customary 1929 revision) reveal the overriding importance of Mahler – not least as guarantor of continuity between past and future. Rattle unfolded the circular progression of ‘Präludium’ with a purpose such that its climax found fulfilment only in its return to silence, then found the right combination of suavity and anxiety for ‘Reigen’ to cast its ambiguous spell (though balance between woodwind and brass went slightly awry in the closing pages). On this occasion, even more than usual, ‘Marsch’ was the culmination in every respect: not unduly deliberate in pacing, Rattle bided his time so its multifarious detail could be savoured and with the main climax as fateful as its Mahlerian precedent. The ensuing recessional was duly capped by the starkest of signings-off.

Not that one wants to hear these works played as a sequence too often, but the similarities and contrasts between them take on added impetus when performed this way, while the overall quality of playing was such as to reinforce (as did their rendering of Janáček’s Sinfonietta in the Barbican Hall a few years ago) just what this partnership is capable of achieving. Hopefully this Second Viennese conspectus will find its way onto disc soon – perhaps after Tchaikovsky’s The Nutcracker, whose release is imminent.