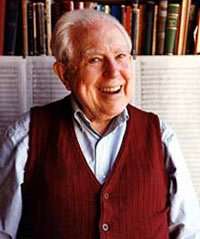 The penultimate night of the 2007 Proms season brought a second appearance from the Boston Symphony, evidently enjoying a period of renewal under James Levine. His first three years as Music Director have seen the orchestra perform a range of contemporary music; not least that by Elliott Carter, whose Three Illusions were assembled between 2004 and 2006 at the request of Levine – one of a few American conductors still actively championing the music of America’s greatest living composer.

As with Carter’s orchestral triptychs of the 1980s (Three Occasions) and 1990s (Symphonia), the present set can be performed individually while making a proportionally greater impact when heard as a whole: essential in the case of Three Illusions, whose components last barely three minutes apiece. Expressive contrasts are nonetheless considerable – from the questing anticipation of ‘Micomicón’ (Cervantes’s realm of the imagination), through the evocation of a mythical youth in ‘Fons juventutis’ (a deft reminder that Carter’s music is never earnest in its profundity), to the sharply ironic and deprecatory gestures of ‘More’s Utopia’ (the More being Thomas). Scintillatingly dispatched in this performance, these Illusions amply confirm that the vitality and poise to be found in Carter’s recent output are far from being illusory.

The rest of the programme featured staples of the twentieth- and nineteenth-century repertoires that complemented each well. Bartók’s Concerto for Orchestra was, of course, a Boston commission and its unabashed orchestral prowess was nothing if not evident here. Less so was the intuitive sense with which the composer handles his material such that formal precision is never at the cost of expressive spontaneity. Thus the contrasts in musical motion of the ‘Introduzione’ were rather inflexibly underlined, the playful ‘two by two’ of the ‘Giuoco delle coppie’ a little too regimented (the central chorale too clinical to exude real pathos), and the ‘Elegia’ inhibited in its emotional force. The stark contrasts of the ‘Intermezzo interrotto’ were too schematic, and though Levine rightly refrained from making ‘Finale’ a sprint to the finish, his underlining of detail at the expense of a broader momentum rather sold the music short. The Boston Symphony Orchestra can rarely, if ever, have played this music better, but the attractions of the performance remained largely on the surface. 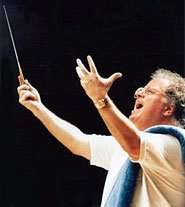 It was a not dissimilar story in Brahms’s First Symphony. Weighty but never merely ponderous, the first movement’s introduction palpably ‘hit the ground running’, then the main Allegro was energetically propelled – at its best in a superbly controlled crescendo of intensity going into the recapitulation, though a certain rhythmic foursquareness was often evident elsewhere. The Andante exuded warm contentment, though for Levine ‘sostenuto’ clearly also admits of ‘sentimento’, while the blithe spirits of the ‘Intermezzo’ were offset by a certain hectoring quality in its central trio section. Come the finale, and the ominous feel brought to the first half of the introduction was somewhat undone by the blowsy horn solo that followed. Not too reverently handled, the ‘big tune’ amply (and rightly) determined the course of what comes after – which yet lacked for variety in expressive emphasis, without which the movement as a whole can seem to be ‘going through the motions’ on its way to the expected affirmation. The coda, if comfortably avoiding bombast, felt nothing if not pre-determined.

It is only fair to add that the reception accorded this performance suggested that the majority of those present saw and heard matters differently; certainly the ‘strength in depth’ of ensemble and Levine’s marshalling of it were nothing if not impressive. Two encores – an effervescent account of the C major Slavonic Dance (Number 7) from Dvořák’s less familiar but superior Opus 72 set, followed by a suave rendering of Brahms’s First Hungarian Dance (one of three that he orchestrated) – brought the evening to a lively and uninhibited close.