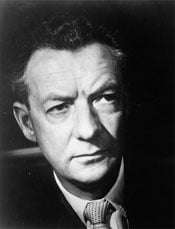 As if saving the best till last, the Proms Saturday Matinee series came to a brilliantly conceived end with this extraordinary snapshot of Benjamin Britten before he was 30. There was one single exception, but the most poignant one of all, in the performance of Colin Matthews’s arrangement of Britten’s heartfelt tribute to the great British horn player, Dennis Brain who died 50 years ago to the day of this concert, on 1 September 1957.The concert first celebrated Britten’s collaborations with W H Auden, a mentor not only in his artistic life but also his private one. They worked together on GPO Film Unit productions and the concert kicked off with one of their most extended pieces from that time, “The Way to the Sea”, originally for a film celebrating the upgrade of the London to Portsmouth line. Britten’s expertise at pastiche is to the fore, from grandiloquence for the Romans on the South Coast to skittish and popular song-like music for the throngs using the trains in the 1930s. Even without the images on film, Auden’s words (and particularly the rhythms replicated with, or from, the music) and Britten’s music conjured up a rather nostalgic view of family holidays and both ancient and naval history, with Samuel West reciting the text.

West later returned to introduce the centrepiece of the concert: excerpts (beginning and end) of Britten and Auden’s most famous collaboration, “Night Mail”. The final shots, of the train arriving in Glasgow and the workers cleaning the locomotives is overlaid by Auden’s paean to the power letter-writing, affecting various people in various ways, when Britten was at his most Waltonesque (vis-à-vis “Façade”). There was a minor irritation with West’s head microphone, with which he didn’t seem all that happy and didn’t work too well in the Hall, which is surely small enough for a standing microphone only, if that.

One thing was missing in the various introductions: how extraordinarily pioneering these films were, given that sound in movies was still very much in its infancy. How complicated is the co-ordination between film, words and music was shown by Edward Gardner’s use of a click-track (although West tried to persuade us that it was to do with the film elves). 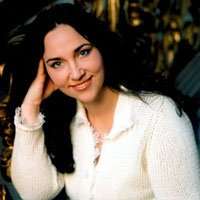 In between the two film items we had two Britten/Auden song-cycles. First tenor Andrew Kennedy – one of those utterly enthusiastic performers, like Tasmin Little, who can’t help but smile – and Ian Burnside performed “On This Island”, which – though curiously not introduced as such – had its first performance 70 years ago this year on the BBC. Encompassing various moods, the last of five songs – playful in words and music – provided a neat segue into the “Cabaret Songs”, as arranged for chamber ensemble by Daryl Runswick. Here the returning Nash Ensemble and Gardner were joined by the heavily pregnant Christine Rice using her present condition nicely in the first song to illustrate the dangers of love!

The turn from Auden to Dennis Brain brought Colin Matthews’s sympathetic arrangement of an unfinished work that Britten had felt too devastated to complete. His In memoriam Dennis Brain – in effect an introduction and allegro for four horns and ensemble – was utterly affecting 50 years to the day since Brain was killed in a car crash. Richard Watkins, once, like Dennis Brain before him, a Philharmonia Orchestra principal horn player, was joined by a trio of other such alumni.

Only one work could follow – Britten’s Serenade for Tenor, Horn and Strings, with Richard Watkins joined by Andrew Kennedy. After Gardner had introduced the work, Watkins played the horn part from memory, adding to the intensity of the performance, with Kennedy’s fine English tenor beautifully matched. Composed for Peter Pears in 1943 – the year of Britten’s 30th-birthday – it brought this concert to a spine-tingling close, having offered an unusual, almost corrective, view of early Britten.