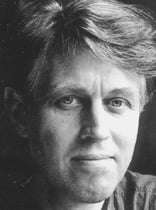 This Prom brought perhaps the most anticipated premiere of this season. Three years in composing, David Matthews’s Sixth Symphony promised to be something of a summation of his achievement thus far. This it proved, as well as offering some intriguing pointers for where his music might be headed.

Although a mainstay of the British contemporary scene for many years, with an output in excess of 100 works, Matthews has yet to receive his due; partly because his music, neither overtly radical nor demonstratively reactionary, has failed to satisfy those who still might cling to style as a means to aesthetic security. Matthews has had little truck with fashion over the years, yet such as the scintillating timbral interplay or heady rhythmic variety found in his Second and Fourth Symphonies (from 1982 and 1994 respectively) confirm a creative persona undaunted by but never in thrall to the past. A quality that the Sixth Symphony takes to a new level of formal clarity and expressive depth.

Playing for nearly 40 minutes, the work’s genesis was relatively modest. Commissioned to write a variation for a collective sequence on Vaughan Williams’s hymn-tune “Down Ampney”, Matthews responded with a short but vital scherzo that he felt had symphonic potential. Expanded, this scherzo now stands between much larger movements (of 15 and 19 minutes respectively) that offer intriguing perspectives on sonata and variation forms. Thus the opening movement, marked ‘Flowing’, takes motifs from the hymn as the basis for music where development and reprise are fused with a powerful ongoing momentum – enriched by a quiet though audibly related interlude, then capped by a coda that opens-out the process so as to make further development necessary. This is first provided by the scherzo (Vivacissimo) and as propulsive a piece as any Matthews has written – subjecting the hymn to hectic commentary and with a contribution from tuned percussion that refutes any charge of his orchestration being austere or non-adventurous.

If there is a proviso, it is that the expanded scherzo may still be too brief to counterbalance those movements either side, while the finale – a set of variations on the hymn that assumes a chaconne-like seamlessness as it progresses – takes just a little too long to arrive at its climax. That climax, however, exudes a tensile strength that makes possible the lengthy transition (with birdsong notated on a visit to Australia bewitchingly touched in) to a full presentation of the hymn – elaborated into a sonorous apotheosis that tapers away to a close the more satisfying for its subtle tonal ambiguity.

Matthews’s Sixth Symphony will need repeating listening for its intricacies to come fully into focus. This premiere found the BBC National Orchestra of Wales on notably assured form, responding ably to Jac van Steen’s expert direction. The audience reception was itself highly positive, as if in recognition that a work of this substance warrants further airings and soon.

The “Composer Portrait” that preceded the main concert was welcome in enabling listeners to hear some of the facets that had influenced the symphony’s creation. Hence the contrasts in emotional intensity found in Three Roman Miniatures (2000), thoughtfully given by clarinettist James Burke; the Messiaenic fervour of Dionysus Dithyramb (2004), vibrantly played by pianist James Kreiling; finally the resourceful setting of T. S. Eliot’s “Marina” (1988), sensitively sung by Alexander Baker with judicious contributions from the Guildhall musicians (on viola, basset horn and piano). Continuity was provided by Matthews’s self-effacing observations on his composing, and the whole made an insightful entrée to the premiere to follow.

Not that the remainder of the Prom’s programme was a let-down. In particular, Janine Jansen’s account of Prokofiev’s Second Violin Concerto was a rare treat for bringing out this oft-played work’s formal ingenuity as well as its melodic directness. So the opening Allegro unfolded with a teasing obliqueness, while the songfulness of the Andante was made more so by its never being allowed to settle and the finale had a bracing astringency with the Spanish undertones seeming integral rather than merely colourful. Superb playing from a soloist who has given many fine performances in the UK these past five years, and (one or two fractional mis-co-ordinations aside) secure accompanying from the orchestra.

Framing the concert were pieces by French composers from very different stages in their careers. Whether or not Debussy’s Printemps ever existed in an orchestral version at the time (1887) of its composition, the Revised Version of 1912 makes up for any over-fussiness by respecting the engaging awkwardness of the original. Its two parts chart a gradual, not-too-discursive course from spring’s conception to its realisation – the former featuring some gorgeously indulgent harmonies and the latter displaying a corresponding rhythmic verve, though the combining of its main themes at the close is so foursquare as to be a virtual provocation on Debussy’s part. Van Steen brought it all off with aplomb.

Ravel’s La valse is, of course, a signal masterpiece (whether or not in comparison) and van Steen had the measure of its astoundingly original take on the Viennese waltz, emerging inexorably from veiled uncertainty to a close of impending disaster – albeit with the mechanistic final bars rendered just a shade too literally. Others have brought out more of the formal ingenuity that informs the work’s progress, but little of its impact was lost in any case. Whether a suitable follow-up to the Matthews is a moot point, but it rounded off a fine evening of music-making in suitably unequivocal fashion.