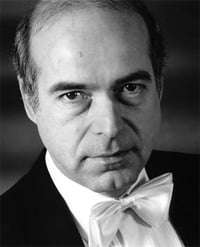 The European Union Youth Orchestra arrived without the indisposed Sir Colin Davis. In his stead Matthias Bamert was a steady pair of hands, and rather more in the Berlioz, but rarely has the Tchaikovsky sounded so tension-less, the young musicians going through the motions for their detached conductor. Apart from a lack of passion and drama, this great work emerged as a disconnected series of episodes, tragedy, conflict and love, however star-crossed, rarely suggested in a dull and uninvolving performance. Taras Bulba was slightly more purposeful, if all too domesticated for this particular composer, with little edge or volatility and all-too-few suggestions of a powerful story being told so that the vivid scoring sometimes seemed gratuitous. This was dispassionate Janáček, burning intensity absent, good instrumental balance though, but the music seemed so rational and ordinary – and that just isn’t Janáček. Of course, Bamert is to be congratulated for saving the day and the EUYO’s tour (Colin Davis’s part of it, which includes another classic Davis combination of composers, Sibelius, Tippett and Beethoven) and he may just have found himself conducting pieces that he wouldn’t otherwise have chosen. 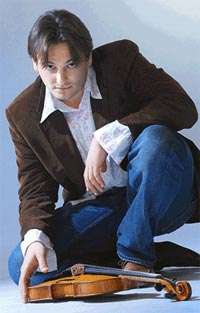 Not so Berlioz, a composer Bamert seems fully attuned to. As well as being sympathetic to contemporary scores (and a composer himself), Matthias Bamert is a fine conductor of music from the Classical period as his extensive, scholarly and ongoing “Contemporaries of Mozart” series for Chandos displays, Bamert appreciative of fine lines and articulate phrasing. His refined approach to music-making paid many dividends in Berlioz’s Harold in Italy, not least clarity, subtle dynamics and, when required, a gentle glow to repay this composer’s debt to his preferred forbears without subjugating his Romantic impulses and revealing his seminally ‘extended’ use of the orchestra, sensitive to architecture, suggestiveness and detailing, and alive to Berlioz’s individuality. Bamert conjured an ideal orchestral translucence and leanness (owing more to Gluck than to Beethoven) but with exhilarating flare-ups and accelerations when required and with tempos judiciously chosen for themselves and in relationship across the whole.

Berlioz made it clear that Harold in Italy is a symphony and not a concerto (much to the chagrin of the work’s instigator, Nicolò Paganini), the solo viola (mostly silent in the finale) representing Byron’s “Childe Harold” in which the scenery around him is as important, indeed crucial to the viola’s contribution. Such teamwork as here brought this relationship to the fore, Maxim Rysanov, a wonderful violist, producing consistently warm and distinctive tones, unfailingly spot-on intonation, and a capability to project this mild instrument’s personality without forcing. Such ability to narrate (with the close-by harp offering faithful company) allied to Bamert’s pertinent insights and some committed and deft orchestral playing (agility is so important in the playing of Berlioz) made this a particularly evocative, involving and enlightening performance.