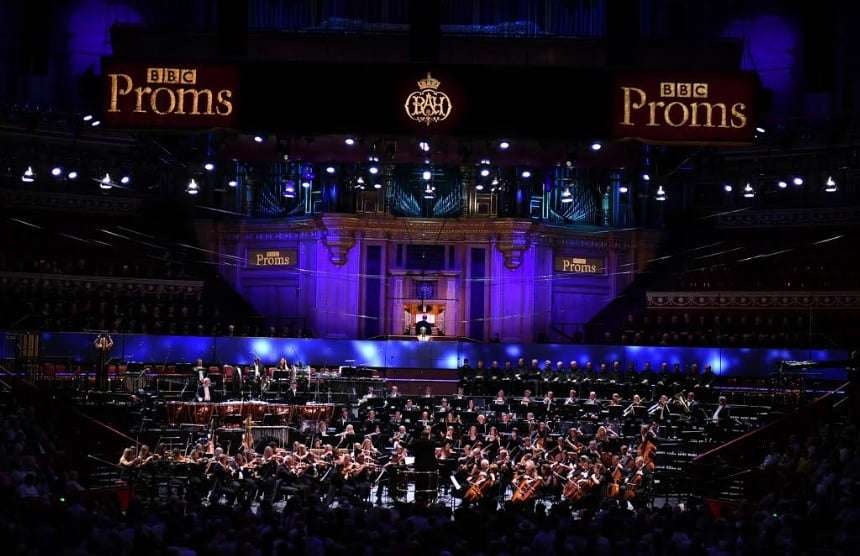 Braving a thunderstorm and sundry demonstrations, a near-capacity crowd assembled for 2018’s First Night of the BBC Proms, timed to begin at the implausible hour of 8.15. Was that to accommodate the Wimbledon tennis? In recent years the world’s lengthiest music festival has launched with either a conventional concert or a bitty trailer but nothing quite like this: a first half of mainstream classics followed by a multimedia happening with only residual links to the older, intellectual tradition of Western art music rooted in the possibilities of writing things down. Then again, according to the philosopher, theorist and composer Jean-Jacques Rousseau (1712-1778), music’s decline set in from the moment it accepted as progressive the shift from pure melody to harmony and counterpoint. Rousseau yearned for the direct expression of human feeling through an unadorned vocal line, lamenting the decadent state of a music given over to artifice, complexity and the tyranny of written notation. This is not to say that Anna Meredith writes tunes.

As in 2014 “Lest we forget” might have been the strap-line holding the evening together. This was meant to be one of several Proms marking (or cashing in on) the conclusion of the First World War one hundred years ago. The conflict nearly did for the Proms too. Anti-German feeling not only fostered insular programming but led to the loss of the season’s principal sponsor, Edgar Speyer, hounded out of the country as a “citizen of nowhere”. 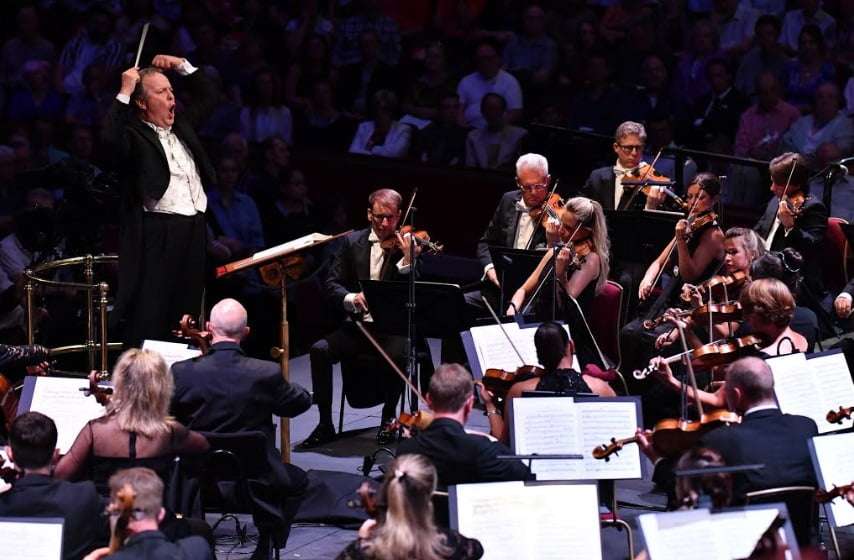 A different kind of memorial first. We might regret that Oliver Knussen, who should have been England’s Stravinsky, turned out to be its Liadov, but his displacement activities of conducting and teaching affected many lives, inspiring intense if helpless loyalty. His Proms dates as conductor were invariably planned with imagination and executed with flair. He had Boulez’s anatomising ears without his narrowness. His death came too late for the programme booklet. Instead some copies (not mine) included an insert promising us one of his mini-masterpieces. The surprise four-minute opener, Flourish with Fireworks, was a good choice, being entirely typical of the way his music operates. It is onomatopoeic, iridescent and user-friendly, with surfaces audibly embedded in early Stravinsky, yet can also be discerned as high-density variations on ciphers dawn from the initials of its original performers, Michael Tilson Thomas and the LSO. Few composers have squared circles more effectively. Fewer now feel the need to try. Sakari Oramo projected its whirring activity with authority in so far as one could tell from seats allocated at the far end of the hall opposite the performers, a rather remote perch that came into its own in the second half’s light show.

Completed as early as 1906 and not entirely characteristic of the mature Vaughan Williams for all its anticipations of the Tallis Fantasia, Toward the Unknown Region (setting Walt Whitman) went unheard at the Proms until after the Second World War, reflecting the series’ earlier focus on non-choral fare. Quite what its inclusion now had to do with the World War One theme wasn’t clear, but never mind. Adopting breezy tempos, Oramo had a good idea of its shape and brought his customary translucent clarity to its tubbier Edwardian tendencies. Some of the brass-playing sounded smudged from a distance but the text was notably well enunciated by the BBC Symphony Chorus. 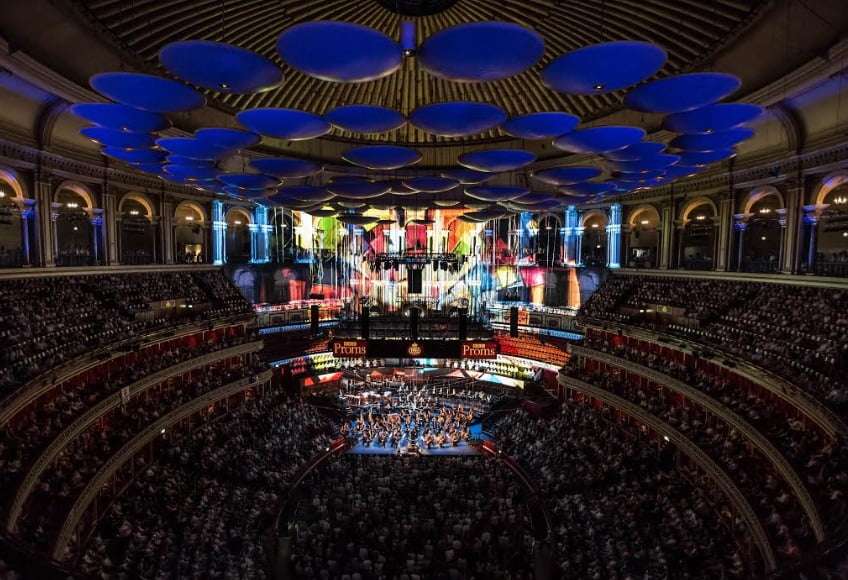 The Holst was comparably lean and fit, even if slightly compromised by desultory clapping between Planets. Background swatches of mauve and green were studded with pulsating blobs of white light which presumably made sense to television viewers but will have confused attendees with restricted vision. Oramo had the timpani make some sort of death-rattle sound at the start, keeping the strings down to expose plenty of textural underbelly. If ‘Mars’ had genuine menace, ‘Mercury’ was especially exquisite with Debussy, Borodin and Tippett seeming to dart in and out of the mix. ‘Jupiter’ was notably un-pompous and happily the remaining movements followed without a break, the Royal Albert Hall’s organ contributing tummy-wobbling bass notes and a suitably eruptive glissando. The disembodied chorus of ‘Neptune’ (females from the National Youth Choir) retreated into eternity stage-right, spoilt only by a perplexed halo of hearing aids.

The pairing of VW and Holst was a logical one given the friendship of the composers and it might be argued that Meredith’s composition has something in common with the latter in its reliance on ostinato rather than harmonic movement. Five Telegrams draws on communications sent by young soldiers in 1918 but displays little empathy for their plight. It is static, functional, pop-influenced fare in which the classical inspirations are surprisingly overt. Louis Andriessen opens the first movement, the John Adams of Harmonium is pressed into service in the choral second and James MacMillan arrives to keen in the fifth once the armistice has arrived on solo cello. What saved the enterprise were the specially produced digital projections, creating a unique spectacle to enliven the more leaden punch of the sonics. Not everything had been thought through however. The BBC Proms logo adorning both ends of the orchestral canopy must have spoilt the look of the thing for viewers at home. Back in the Hall there were a few walk-outs affronted by the sheer volume but plenty of acclaim at the close.