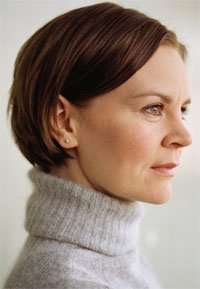 At first the 15-minute From Trumpet, Ben Foskett’s response to a BBC commission, seemed like a study in colour and timbre, very specific, and thus not helped by someone’s mobile-phone ringing. As this intrusion occurred only a few seconds into the piece, Susanna Mälkki (assuming she could hear the interruption) might have considered stopping and starting again. If this opening third of Foskett’s piece was somewhat anonymous stylistically, when greater propulsion and brighter sounds emerged, so too did a more-compelling rhythmic profile and a more-direct emotionalism that culminated in two timpanists engaging in some jungle drumming (there was a also a stand-alone timpani, such Berliozian extravagance!) and some Martinů-like mechanisms in the woodwinds. From Trumpet ended up as music to hear again.

Mälkki’s conducting of Beethoven 4 (with yet another set of timpani, from which a crisper sound was anticipated but not forthcoming) was a hit-and-miss affair in terms of interpretation. It was encouragingly spacious in the slow introduction (good to hear it being given with a Klemperer-like gravitas) and the second-movement Adagio enjoyed particular space and eloquence, Cindy Lin’s clarinet solos adding further distinction. The scherzo was successfully spectral, yet the trio was harried a little, and if the main allegro of the first movement managed to retain elegance and expressiveness at today’s ‘usual’ fleetness, the finale (here a go-for-it Presto that was against the marking of Allegro ma non troppo) was far too fast to do anything than get the notes in place – achieved – which overrid the music’s puckish wit and such things as the bassoon’s humorous interjection was but a meaningless blur.

Berlioz’s magnificent setting of the “Te Deum” text was given an equally magnificent outing, a score ideal for the space of the Royal Albert Hall, the performance area filled to capacity with over 400 men, women and boys for the chorus, and if the orchestra is not especially exorbitant, it does require six trombones and two tubas as well as nine percussionists (excluding the timpanist) who may have little to do overall but their contribution is conspicuous!

Simon Preston put the Albert Hall organ through its paces with glorious outbursts, but he might have introduced degrees of loudness, for it was the instrument’s solemn intoning at the beginning of ‘Tibi omnes’ that carried the greatest thrall.

For all the spectacular aspects of the work (with pairs of cymbals and drums – military, side, et al – quadrupled), the music erupts with deep emotion, looking back to Handel and Beethoven, and anticipating Bruckner, and with so many touches (especially in the orchestra) that are uniquely Berliozian.

Tenor Jörg Schneider (from behind the orchestra) made a plangent contribution to the radiant ‘Te ergo quaesumus’ and the whole was capped in the most inspiring, even discombobulating, terms by the concluding ‘Judex crederis’. Deliverance!