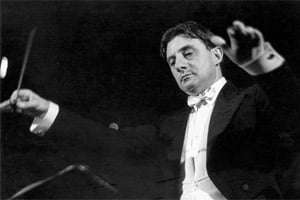 A quintessential Barbirolli programme (indeed Vaughan Williams dedicated his Eighth Symphony to the Hallé’s illustrious former Chief, “for Glorious John … with love and admiration”) from Sir Mark Elder who has done so much to restore the Hallé to its former glory. In Barbirolli’s day the Hallé’s visits to the Proms were highlights, invariably giving more than one concert; a shame then that Hallé Proms-appearances are now only one per year, especially when the orchestra is in such good form. Doubly egregious is the decision to exclude the Vaughan Williams symphony from the recording for BBC2 (scheduled for Saturday, 2 August). 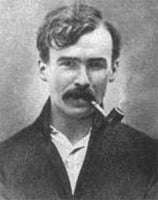 George Butterworth’s A Shropshire Lad made for the most magical of openings. A. E. Housman’s poems of loss and transience – published in 1896 – resonated strongly with a whole generation for whom they represented an elegy for a land of lost content. Butterworth, a friend of Vaughan Williams, composed two groups of Housman settings for voice and piano including “Loveliest of Trees” which he subsequently worked into this orchestral rhapsody. Framing this performance were Rupert Evans and Tom McKay reading three of Housman’s poems. Seldom does music and spoken poetry mingle successfully, but here they elided seamlessly (the youthful shirt-sleeved actors looking as though they had stepped in from the Ludlow countryside); the very opening was a moment of purest frisson. At the close of the music their dialogue in “Is my team ploughing?” (the now-dead friend quizzing his living buddy about how things stand back home) was all the more poignant given the young Butterworth’s death in the Great War. 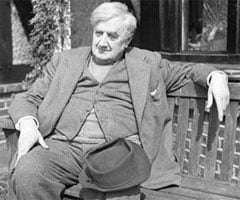 Vaughan Williams’s Eighth Symphony had its first performance in 1956, with Barbirolli conducting the Hallé, and it was subsequently taken up by such as Munch, Ormandy and Stokowski. In the intervening years it has had too few champions, particularly sad since it is an unqualified masterpiece. To quote Vaughan Williams, “the symphony is scored for what is known as the ‘Schubert’ orchestra with the addition of a harp. Also there is a large supply of extra percussion including all the ‘phones’ and ‘spiels’ known to the composer.”

Not only is the scoring unusual but the symphony’s actual structure – a first movement of seven variations “in search of a theme” (VW again), a Presto for winds, a ‘Cavatina’ for strings and an exuberant ‘Toccata’ – is highly unorthodox. Somehow against the odds it all works and arrives at a real culmination as any true symphony should and must. Elder’s interpretation was clearly a labour of love (double basses divided either side of the platform providing a firm underpinning to the sound) and rather tidier in the quicker episodes than Barbirolli’s own recorded version even if without his unbuttoned, rambunctious quality in the movement for winds (which from Elder had more than a touch of the sardonic Shostakovich). The ‘Cavatina’, with eloquent, sophisticated string-playing and a magical solo-cello epilogue from Nicholas Trygstad was deeply affecting and the ‘Toccata’ glowed with a radiant conviction. 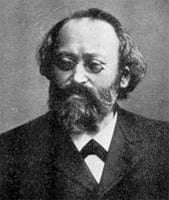 By complete contrast, Bruch’s First Violin Concerto is anything but unfamiliar. There is even a Northern connection since the composer spent several years in Liverpool as conductor of the Liverpool Philharmonic Society (and Vaughan Williams studied with him in Germany). For all the beauty of Janine Jansen’s playing – and an excellent accompaniment – this was the least satisfying part of the evening.

Despite the beauty of sound Jansen constantly gilded the lily, milking the piece for every Euro and subjected the work to a series of exaggerated dynamics as though every gesture needed to be underscored. The slow movement survived this touchy-feely treatment best but in the outer movements every passing moment was so intensely experienced and the degree of artifice so extreme that one found oneself screaming: “We know the music. You know the music. Please just play it.”

This cleverly planned programme was rounded off by an outstandingly characterful Till Eulenspiegel, his Merry Pranks tempered by a welcome humanity. So often this tricky piece is treated as an excuse for orchestral display. Elder, a fine Straussian, brought a welcome light touch to proceedings, each episode acutely characterised, yet the whole work flowed seamlessly towards its strangulated dénouement. The unfortunate first horn suffered a momentary lapse but, perversely, with so much elsewhere that was so right, this only served to underline the Hallé’s current excellence. A “Glorious” concert indeed.