More stunning Messiaen as part of the Proms centenary celebrations: a performance of the song-cycle “Hawari” (written in 1932) by Gweneth-Ann Jeffers and Simon Lepper. 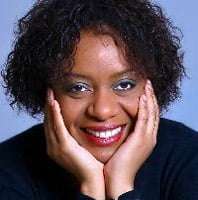 Unusually for Messiaen, the work has nothing to do with God. Instead, this thoroughly secular piece is the first of a trilogy inspired by the “Tristan and Isolde” legend (the others, “Cinq rechants” and Turangalîla-symphonie, can also be heard during this Proms season). With texts by the composer, the cycle has a wildly exotic and passion-filled ambience, masterfully evoked here by Jeffers and Lepper.

Vocally, Jeffers was most at home in the fervent passages that gave free rein to her sumptuous operatic tones. Singing full out, such as in the delirium of the ‘The stair repeats’, she radiated brilliant power and warmth. The tranquillity of the opening song (‘The sleeping city’) and the subdued atmosphere of ‘The love of Piroutchka’ were less successful, however: when singing quietly, Jeffers’s sustaining power was significantly diminished, and she sounded a little uncertain at times. 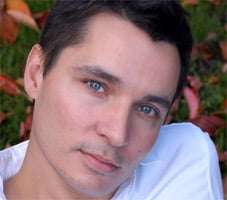 Not only a master accompanist, Lepper proved himself equal to the many demanding solo spots Messiaen assigns the piano – from the crisply played virtuosic birdsong in ‘Good morning to you, green dove’, to the powerfully sustained build-up of energy in ‘Mountains’, to the funky bass riff accompanying Jeffers’s percussive vocal effects in ‘Doundou tchil’, played with charismatic verve.

Though singing from a score, Jeffers gave a truly engaging performance of great theatricality, conveying in the most compelling way the work’s gamut of emotions. Bursting with invigorating passionate outbursts in ‘Planetary repetition’, she appeared distraught and lifeless by the end of the bleak piano coda to ‘Farewell’.

The serene, hushed conclusion to the final song, ‘In the dark’, was utterly mesmerising, Jeffers and Lepper drawing the audience in with rapt tranquillity. It was a jolt to be brought back into the real world by the ensuing applause.