In this, his second of four visits to the Proms this year, Jiří Bělohlávek joined forces with his countryman Ivo Kahánek to present what might be described as a Czech hat-trick: Bohuslav Martinů’s Incantation, his fourth piano concerto. On either side, the ‘Four Sea Interludes’ from Britten’s “Peter Grimes” – this orchestral extracting (together with the ‘Passacaglia’) had its London premiere at the 1945 Proms – the same year that Prokofiev’s Fifth Symphony was first heard, in Moscow, its first UK outing coming the following year – at the Proms.

A constant frustration with the BBC Symphony Orchestra is its inability to produce as homogeneous and consistent a sound as one would expect from an orchestra made up of some of the finest musicians in the United Kingdom. Suffice it to say that with the sluggish opening of ‘Dawn’ came a mournful feeling of déjà-vu. From ‘Sunday Morning’ to ‘Storm’ the orchestra struggled for balance and raised brass dominated the strings.

Following this, Ivo Kahánek, the winner of the 2004 Prague Spring International Piano Competition, joined the orchestra to play Martinů’s Incantation. The composer, since his opera “Julietta”, first heard in 1936, had explored the idea of fantasy and dreams in music; this came to a peak in the 1950s Fantaisies symphoniques (Symphony No.6) and Incantation (completed early in 1956). Incantation’s foundation is the two-note cell of a major second first heard in the bird-song opening and is largely rhapsodic – another characteristic of Martinů’s later music. 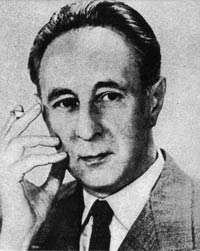 In this performance the orchestral sound was much better and the flighty and fantastic strings were quite equalled by rounded, well-balanced winds and brass. An interesting effect, the harp glissandos using the back of the hand in the coda to the first movement, was well executed, adding a magical shimmering. This is only the third time that Incantation has been heard at the Proms: the London premiere was there in 1957 with compatriot Rudolf Firkušný as soloist. Ivo Kahánek gave a thoroughly fine and convincing performance. Martinů’s music is too infrequently heard in concerts despite the composer’s prolific output; this concerto is a delightful listen.

Prokofiev’s Fifth Symphony is, by contrast, part of the standard repertoire. Like his compatriot Shostakovich, Prokofiev was an expert in musical double-speak presenting grand gestures and declaring the “grandeur of the human spirit” while secretly in despair over Stalin’s totalitarian regime to which he had returned in 1936.

Bělohlávek’s under-tempo opening required an inelegant wind-up to a more-flowing speed in a clumsy, wayward exposition. Once past the opening, the orchestra and conductor proceeded on a much surer footing and found a rounded string sonority to help ensure a well-balanced sound. The second movement Allegro marcato set off at good speed, without masking careful attention to dynamic markings, though perhaps a little more marcato would have been in order. The graduated accelerando that leads to the coda was controlled and intense but lacked the reckless insanity required. A suitably foreboding funeral-march Adagio preceded the final madness of the fourth movement, its coda ripping “even the noblest of the finale’s hummable tunes to shreds” (to quote from David Nice’s programme note) but such abandonment was missing in this super-controlled rendition. There was indeed some exquisite playing in the finale; most notably when the cellos refer back to the first movement theme and also from the violas in the final gallop that leads, out of control, to the work’s conclusion.