This Prom had a ‘compare and contrast’ feel about it in that the programme comprised two very different compositional takes on essentially the same Russian folk legend – one operatic (from the early 1900s) and one balletic (first staged in 1910). So it certainly provided interesting programming for a start, although it should be noted that the London Philharmonic played a similar programme in December 1998 under Alexander Lazarev comprising this very opera, one of the suites from The Firebird (as well as a piece by Glazunov written in memory of Rimsky-Korsakov). 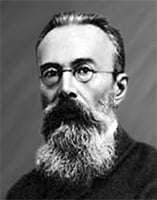 Rimsky’s opera lasts just over an hour and contains many moments where the composer’s highly original and colourful orchestration makes for very dramatic and enjoyable listening. Yes, the plot is rather slight and there’s not much character development and the denouement is rather cursory to say the least. In that respect it is hard to imagine that a staging would add more than scenic decoration, and a concert realisation is the best way to experience it live.

Certainly under Vladimir Jurowski’s leadership the heady chromaticism of the writing was brought to the fore and one could luxuriate in the score’s evocative passages. The LPO was at its best in conjuring up the storms and winds that accompany the Storm Knight (aided by some additional atmospherics from the rain falling outside the hall!), and also in providing the sinewy music that pervades Kasheyevna’s attempted seduction of Ivan. Trombones, harps and woodwinds all had their moments in the spotlight and grabbed the rewarding opportunities. Jurowski’s way with the music was to carefully control yet also indulge the romanticism; he does not propel the drama unnecessarily. He also managed to capture that sense of all not being entirely well in Kaschey’s realm, which underpins the story. 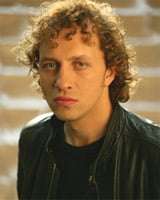 The cast of principals was strong. Vyacheslav Voynarovsky displayed one of those unmistakably Russian character-tenor voices, and sang and vocally acted the part entirely idiomatically with a perfectly judged comedic edge. Mikhail Petrenko sang the blustery and somewhat stupid Storm Knight with impressively elemental bass force. The flame-haired Elena Manistina was a wonderfully seductive Kascheyevna – this is one of those low-written female parts that only a true Russian contralto voice can really do justice to. Her scena when she switches from Seductress to warrior maiden-like mode culminated in some pretty impressive high notes. She managed to insert pathos into the ending where her character, on realising the prince loves the princess and not her, sheds a tear and is transformed into a weeping willow – at the same time killing her father whose ‘death’ has been hidden away in her tears. The prince and princess are rather ‘stock’ lover-figures but Tatiana Monogarova and Pavel Baransky made what they could of their parts. She’s got a rather rich and creamy soprano and he a very attractive, rather ‘covered’ baritone, which he deploys with unfailing lyricism. Great fun!

Stravinsky’s The Firebird is far better known, although one does not often encounter the complete score in the concert hall that often. It tells a variant of the same story, introducing the Firebird as a magical aid to the Prince. Jurowski’s interpretation was measured and almost languid at times, and he and his players brought out all the detail of Stravinsky’s writing with amazing clarity and dynamic control. Some of the long orchestral crescendos had remarkable intensity in their gradual build-up, and the big rhythmic dance passages provided the necessary swagger and release of tension. The cacophony of the carillon of Kaschey’s ‘alarm bells’ worked wonderfully in the Royal Albert Hall’s expansive acoustic and the spatial separation of timpani and the rest of the percussion was very effective.

It was a shame that barrages of coughs marred some quieter moments. However, all noise was effectively silenced by the blaze of the final minutes of the work.