The programme-book listed some previous performances of L’Ascension at the Proms, in either the original version for organ or the consequent one for orchestra. I would have been even more interested to learn how many times the BBC Symphony Orchestra has played this work. 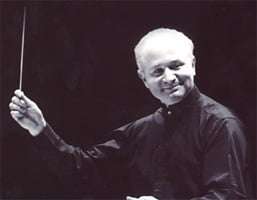 The credentials for this performance seemed impeccable. George Benjamin studied with Messiaen, admires his music and dedicated his Ringed by the Flat Horizon to him. Yet most of L’Ascension work seemed under-rehearsed. The ‘Majesty of Christ’, scored for brass and woodwinds, sounded tentative, from the brass especially. The individual instruments had very little individual sonority. They played the notes, but to what end? The last chord had some brightness and resonance. The second and fourth movements were somewhat short on serenity and radiance. Much of the phrasing, the woodwind’s ‘Serene Hallelujahs’ and the strings’ ‘Prayer of Christ’, had grave beauty. I was expecting rather more rapture and fervour – a sense of dedication, an inner vision. I was expecting, too, a more acute experience of Messiaen’s Indian rhythmic cycles, exotic scales and rich chord sequences. The joy of the third movement was exciting – lively, colourful and rhythmic. It was also, musically, the least interesting. 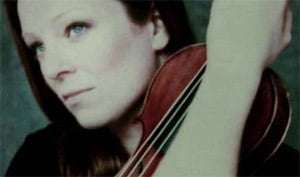 By contrast, the brass and woodwinds revelled in the parody and impishness of the first movement of Stravinsky’s mercurial Violin Concerto, offering quasi-Baroque backing to a violin part that combines the drive of J. S. Bach with the romantic surge of Tchaikovsky. Violinists beware! Don’t be tricked into playing this concerto without your tongue in your cheek. Carolin Widman avoided the trap; she played vigorously, with suitably dry-wit detachment. In ensemble, her playing was often lost; the brass could not help being loud – in this instance, no disadvantage, since it brought its colourfully grotesque drive to the fore. In quieter moments – solo, or with softer accompaniment from the strings – Widman’s sympathy for Stravinsky (and such successors as Kurtág, Boulez and Benjamin himself) was evident.

Ringed by the Flat Horizon (the title taken from T. S. Eliot’s “The Wasteland”) is an impressive early work, grave and spacious. Here, the BBCSO successfully evoked the timelessness it didn’t quite manage to capture earlier. George Benjamin invited us to contemplate a vast horizon and be aware of lowering storm clouds at its edge. These clouds are present and only remotely threatening – until a great electric storm breaks out over the landscape briefly and tersely, resolving nothing.

The glory of the evening was the Ravel. Notoriously he derided both works, dismissing the Pavane as banal and Boléro as “orchestration without music”. Benjamin took up the challenge. The Pavane had the delicate, rare and sonorous beauty it should have and was, in the best sense of the word, exquisite. Following its close, the pause before Boléro’s beginning seemed to last forever – shimmering tensely, in anticipation of … what? Then, very quietly, Boléro began. It was distant, springy, with a sense of energy and power – but also with the refinement appreciated in the Pavane. Instead of a blockbuster of repeated solo versions of the same blowsy theme, we had a controlled sequence of statements whose power was spellbinding and awesome. Lithely, quietly and steadily, the momentum of the performance progressed in one taut arc toward its sudden, shattering, loud change of key and climax. Every second was musical. It may be that the BBC Symphony Orchestra will never play it as well – and as authoritatively – again: Benjamin and the BBCSO gave the lie to Ravel’s own deprecation of the piece.