I’m surprised how strongly I object to being encouraged (this time by the BBC Radio 3 presenter Catherine Bott) to let the music just wash over me. It was the same in the matey introduction to Maria João Pires’s late-night recital of Chopin Nocturnes at the start of this year’s Proms, when, as the lights dimmed, we were exhorted to relax and ‘chill’ and let this peerless pianist’s exquisite mastery become up-market ambient background music. If nothing else, it’s a rather insulting, dumbing-down attitude to take to artistry that takes a lifetime to refine. Here, in a bid for a dash of 17th-century Venetian authenticity, Cadogan Hall’s lighting was turned off in favour of some atmospheric glowing from a couple of old-style candelabra and ‘genuine’ gas footlights that lit the performers, rather unflatteringly, from below. 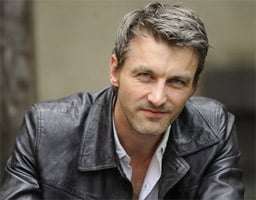 Otherwise, the audience was left to make what it could of Le Poème Harmonique’s programme, called “Venice: from the streets to the palaces”, from the style of the music and from what seemed to be authentic gestures that enhanced the drift of the words that we couldn’t follow in the dark. Here was this carefully researched recital consigned to diminished appreciation by the demands of atmosphere. Much of the music was in that early-baroque, high-mannerist style of supercharged declamation, closely tied to texts that deal with the anguished coils of love, but with not much in the way of melody, like a lot of popular music trapped in limited harmony and making its impact through insistent rhythm and repetition.

Undeniably impressive was the fierce soprano of Claire Lefilliatre – voluptuous and raw, and full of Mediterranean light and shade. That makes it sound like a delicious, not-so-subtle wine, but her voice and presence were very intoxicating. She was thrilling in the Monteverdi Lament, and whipped up quite a storm of unrequited, doom-laden passion in the Ferrari pieces, with some very nifty gestures and sub-balletic footwork. Her three male singers, two forthright, natural tenors and a seductive bass, injected a bit of bloke-ish jollity in a Bergamesca by Manelli about some passengers on a boat getting drunk, and there was something to do with a cat – but I only divined this afterwards, at my better-lit leisure.

Each number was neatly staged (by Benjamin Lazar), and both the singers and the six-strong band of baroque instrumentalists (led by founder Vincent Dumestre) performed with great persuasion, and one can easily imagine their earnest French audiences taking them very, very seriously. The group has been around for 12 years and gathered quite a reputation for recreations of baroque stage works. This energetic Prom was more in the way of a taster, hinting at more substantial delights to come.