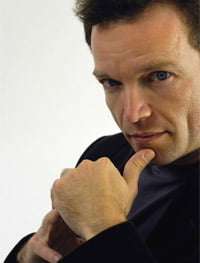 In this day and age, when we often told that “classical music is dying”, it was good to see a nearly full Cadogan Hall, especially as it was lunchtime on a Bank Holiday and the concert was being broadcast live on BBC Radio 3. French Baroque music was the appeal – from Les Talens Lyriques (the group’s name derived from Rameau’s opera-ballet “Les fêtes d’Hébé” or ‘Les Talens Lyriques’) under the direction of its founder Christophe Rousset.

The recital focussed on the solo cantata – “the heart’s outpourings” as Rousset describes it. “I wanted to return to the essence of French Baroque music”, he says, “its fine and touching interpretation”, even though, in a short interview he admitted that one of the difficulties of staging such works is that the French language “is not very singable.”

The concert opened with Michel Lambert’s delightful and touching “Vos mépris chaque jour” (Your contempt each day) an air de cour beautifully sung by Céline Scheen, and excellently accompanied. There then followed two movements from Marin Marais’s Sonate à la marésienne with Stéphanie Paulet taking the lead, ably supported by Rousset and Atsushi Sakaï on the cello. As in the Lambert the playing was exquisite with nuances picked out lovingly.

Rousset talked of his love for the music, written for intimate evenings at the Palais des Tuileries, and of the pleasure he gets from making new discoveries. Reluctant to name his favourite (he likened it to the dangers of preferring the last born) he admitted to being excited by his recent unearthing of Salieri’s “La grotto di Trofonio”, which shows the composer “in a new light” and not “the bad composer, and killer (of Mozart), for which he is often remembered.”

There followed a beautiful rendition of Montéclair’s cantata “Le dépit généreux’ (The Benefit Vexation). The performers continued their splendid form – the French language my not be very “singable” but you would not believe that after listening to Scheen’s clarity and passion, Montéclair’s music shining through.

François Couperin (“Couperin the Great”, a keyboard virtuoso as well as a notable composer, produced a treatise on harpsichord technique and four volumes of compositions for the instrument. Comprising some 240 pieces they are grouped into 27 ordres with a common tonality. Rousset played two pieces from ‘14è ordre’ on the theme of nightingales, both played with tremendous conviction and skill they evoked strong feelings even if, as was reported, Olivier Messiaen (the master of birdsong) once said that “given what he (Couperin) wrote he never heard a nightingale”!

For its final piece Les Talens Lyriques delighted with Rameau’s cantata “Orphée”. Scheen, superbly supported, lived the part and the music was exceptional; a joy! As an encore the company performed an excerpt from André Campra’s opera-ballet “Les muses”