Coming so soon after Claudio Abbado’s display of perfectionism (Lucerne Festival Orchestra Mahler 3), it was as well to be reminded that there’s more than one way to skin a bear. Whether merely grunting, singing along lustily or using his customary shimmery semaphore, Valery Gergiev blazed a trail for a more visceral brand of music-making.

Not that all the performances actually worked. The Tchaikovsky items seemed to have been included mainly to comply with the season’s Shakespearean theme. Romeo and Juliet was taut and goal-directed but generalised – it was difficult to believe that too much rehearsal time had been expended on it. Hamlet seemed more persuasive – or was it simply that we don’t know it so well? 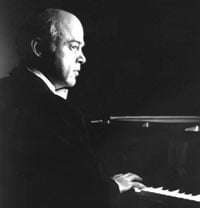 The Prokofiev performances were both extraordinary as might be expected from this source. Alexander Toradze is an eccentric pianist who was able to demonstrate the full range of his sonority in the Second Piano Concerto. He is, as is well known, a thumper, yet he can also scale down his sound to the merest tinkle. The problem being that the extreme rubato he favoured here frequently disrupted any sense of line. What was left was a kind of fantastic improvisation in which lyrical passages were encouraged to blur and smudge. The first movement’s opening theme was broken-backed by design and the noisily crazed cadenza approached in a mood of disconnected, dreamlike reverie, an atmosphere quickly restored with the LSO’s help to close the movement. The faster music, like the march-like ‘Intermezzo’ placed third was the most predictably treated, though accents could be thrown about in all directions, compromising the composer’s motoric intent. The finale’s echt Russian theme was again distended into a rapt evocation of better times. Conductor and soloist eschewed conventional evening dress but then this was scarcely a conventional reading. 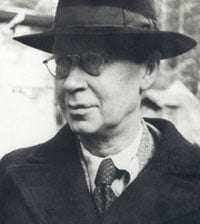 Gergiev’s thrustful, no nonsense interpretation of Prokofiev’s autumnal Seventh Symphony takes a different line in music that can come across as lame or limp in less committed hands. This was the highlight of the evening, demonstrating a real rapport between the players and the charismatic maestro who is giving them at least some of his time. Bland is the last word one could use to describe such music-making, and antiphonally placed violins did not disguise the bigger sound Gergiev is drawing from the whole string section. Wind interventions were uniformly characterful. A pity that there was no space for the optimistic final flourish Prokofiev tacked onto his Symphony in pursuit of Stalin Prize winnings. It would have made a good encore, though there’s enough toughness and disquiet in Gergiev’s conception of the work to make its omission feel right in context. Andrew Huth’s programme note wisely refrained from going too far in portraying the composer’s necessarily muted farewell as an exercise in musical double-speak.

For those interested in such things, the BBC’s cameras were not too intrusive on this occasion even if lighting designs were characteristically objectionable. The audience applauded in all the right places, too. No mobile phone incidents but someone somewhere could not be dissuaded from dropping things loudly and repeatedly. Who are these people and can they not be hunted down?