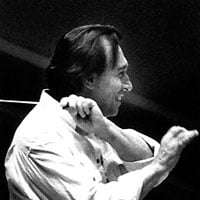 There is a certain irony in the fact that Claudio Abbado should have realised his ultimate fantasy of collective, consensual music-making in the bourgeois citadel of Lucerne. The international super-group he founded in 2003 has at its core the young or youngish players of the Mahler Chamber Orchestra, themselves largely alumni of the maestro’s youth projects. This year’s line-up includes such luminaries as Ilya Gringolts and Sabine and Wolfgang Meyer, alongside sundry members of the world’s great orchestras. The cellos section alone boasts Natalia Gutman, Clemens Hagen and Valentin Erben.

What separates the Lucerne Festival Orchestra from similar ventures is the intensity and dedication with which a brace of programmes is prepared each season. The results have the ease, delicacy and quicksilver responsiveness which have always been this conductor’s stock in trade but which have not always chimed with the aspirations of hard-bitten professionals pressed for adequate rehearsal time. By contrast you feel that these Lucerne insiders genuinely want to make music with (as much as for) their vulnerable-looking maestro, a man whose reliance on willing co-operation can give his music-making a faceless quality when the playing is anything less than radiant. No such problems when a packed Royal Albert Hall receives them with the kind of spellbound attention rarely accorded even the most distinguished of guests. 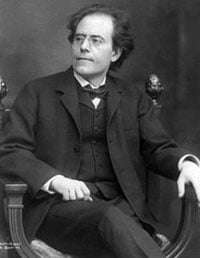 So why didn’t your critic enjoy the event more? Too often the sheer sophistication of the playing seemed to work against the music’s raison d’être as some kind of all-embracing image of the world. With the bedrock Central European string sound one is used to in this repertoire effectively banished in favour of 57 exquisite varieties of Mediterranean tremolando, there wasn’t enough context for, or relief from, the many fabulous experiments in sonority and timbre.

Deryck Cooke once described the first movement of the Third as “the most original and flabbergasting thing Mahler ever conceived”. But how vulgar does it need to sound? Reluctant to parade its rough edges in the manner of a Bernstein, Abbado elicited instead a range of jewel-like colour that left its fabric refreshed. Or rather does so until you realise that he is going to tackle the whole 90-minute-plus span of the symphony in exactly the same way. Sheer élan is traded for a near-hallucinogenic sonic palette that revels equally in every dot and comma. Several passages barely reached the threshold of audibility (q.v. the march-like music Mahler envisaged as seeming to come from far away). The overall effect was that of a crazed piece of chamber music in which every ingredient, not least the crucial solos from Jörgen van Rijn, principal trombonist with the Royal Concertgebouw Orchestra and for several years its youngest member, is beyond reproach. And yet…

With each cuckoo, counter melody and concealed doubling teased from the undergrowth, vernal freshness of a kind was assured in the second and third movements. There followed the impressive apparition of Anna Larsson, statuesque in red and vocally at her best in the Nietzsche setting. Here Abbado follows Rattle’s lead with a fairly literal interpretation of Mahler’s Hinaufziehen (‘Pull up’) marking, making the slurred cry of the night-bird more naturalistic than some will have liked (David Zinman takes the opposite course in his new recording).

The Teutonic “Bimm Bamm” of the fifth movement was capably supplied by home-grown forces but what matters is the unobtrusive quality of hushed rapture Abbado achieves at the start of the Adagio finale. Instantaneous rapture is a trick particular to this conductor – he manages the same thing with the Adagietto of the Fifth. Odd now to recall that he used to be criticised for his slow tempos in both movements, a censure that always struck me as wrong-headed given his success in sustaining them over the whole span. Well, he has now moderated his view so that the narrative unfolds at a more natural pace while feather-light wisps of string tone provide a new take on what might be meant by orchestral texture. Even Mahler’s overloaded final bars are delivered without the usual sense of strain, offering the certainty of redemption of whatever variety. But in delivering this message Abbado now rewrites the score, taking down the timpani (as he did elsewhere in the performance) to a modest mezzo-forte and re-balancing the very end to encompass a resonant bass-led swelling. As so often at the Proms, applause came too immediately for one to be able to savour the intended effect in the resonant acoustic.

This was an extraordinary, unique evening to be sure but one that proved slightly baffling. While Abbado’s music-making is anything but chilly, it now achieves its state of grace a little too easily. It’s as if the worldly battle, which is a major part of Mahler’s subject, no longer interests him. The ovation was prolonged even so and, as is traditional with this extraordinary, well-nigh immaculate ensemble, the instrumentalists linger at the close, greeting, congratulating and hugging one another, conscious perhaps that their pristine display of Mahler-lite will be mulled over by mere listeners for weeks to come.