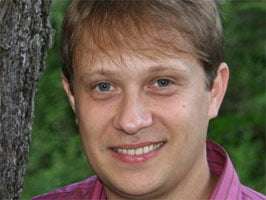 This was the first of two Proms devoted to “Multiple Pianos”. A plethora of pianists lined up to deliver varied repertoire over the two events. The irony of the first concert was the opening piece, Fauré’s enchanting Dolly, originally published as a set of piano duets, was heard in the orchestration by Henri Rabaud (1873-1949). It is the epitome of Sunday afternoon music: calm, gentile, gently wafting and suave. The performance was mixed, not least raggedness in the upper strings.

Katia and Marielle Labèque gave Mozart’s wonderful two-piano concerto, a performance as svelte as their dress sense and more alive than most Mozart we hear these days; accents really bit – not inappropriately, but with enough nip to add welcome spice. Marielle (seconda) was the star of the two soloists, her ornamentation tasteful, her articulation just that bit cleaner than Katia’s. Both, however, were streets ahead of the contribution of the Britten Sinfonia; only in the finale did things gel; finally we were treated to joyous music, full of life. If only the first two movements had been of this standard.

After the interval, the premiere of Anna Meredith’s Left Light, with Philip Moore and Simon Crawford-Phillips. The opening was too quiet for a Sunday afternoon Proms audience. The pianists had to stand to dampen the low note they played and I would need a score to be sure that the brass chords were supposed to be simultaneous with the pianists’ attacks, but I imagine they should be and what we heard was, once more, poor ensemble. A long Romantic melody comes out of all this, before the music fragments. Does the piece really need two pianos? Car indicators inspired the title, apparently, but she Meredith acknowledges other interpretations, not least the light that remains once the sun has set.

Witold Lutosławski’s Variations on a Theme of Paganini (1941) is short but packs much incident into that space. The Labèque sisters found jazz in the opening bars before the music turned more overtly modernist. The central oasis of calm was wonderful and glissandos impressive.

Finally, The Carnival of the Animals, spotlighting the excellent Serbian sisters, Lidija and Sanja Biziak; both are hugely talented and displayed wit and intelligence. A special word, too, for the lyrical cello solo of Caroline Dearnley in ‘The Swan’.