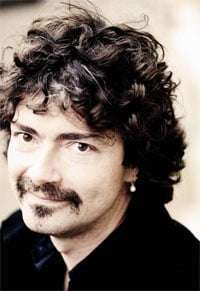 The Amsterdam-based Musica ad Rhenum gave sparkling performances of works by Johann Sebastian Bach and two of his sons, the group displaying its considerable talents.

Johann Sebastian’s Trio Sonata in G, written in the early 1730s whilst he was Cantor of Thomsasschule in Leipzig, for flute, violin and continuo was played with real delicacy; a lovely opening Largo full of melody, a lively second movement, a stately Adagio and a frantic finale; Musica ad Rhenum’s informal style, lounge suits and all, provided a relaxed and heart-warming performance. J. S. was followed by his eldest and seemingly favoured son Wilhelm Friedemann whose Flute Sonata in E minor again provided the opportunity for the musicians (minus violinist Igor Ruhadze – misspelt “Rouhadze” in the programme) to demonstrate their consummate ease with this music, harpsichordist and cellist offering wonderful supporting roles to Jed Wentz’s flute.

A brief interlude enabled BBC Radio 3 presenter Catherine Bott to interview Jed Wentz, Musica ad Rhenum’s founder and director. We heard of the players’ desire to bring 18th-century music alive, to show how it encompasses the entirety of human emotion and how it is as relevant in our century as it was when created. Wentz also told of his delight that the group’s violin and cello are original. The harpsichord is a copy (clearly it is impossible to move originals around without risk of damage) as is Wentz’s flute since the moisture created when playing earliest-surviving wind instruments would rapidly lead to their destruction, leaving nothing to copy.

Carl Philipp Emanuel, the second of J. S. Bach’s three sons by his first wife – he was less favoured but was arguably more successful – composed his C major Trio Sonata in 1745. Again exquisitely played, it demonstrated the delicacy of touch and general joie de vivre that characterises these musicians’ playing.

Saving the best two performances for last, Wilhelm Friedemann’s Fantasia in E minor sparkled. He was said by some to be the 18th-century’s greatest composer of keyboard music in Germany, one easy to accept given the complexity of composition and the frequent change of character, certainly in Michael Borgstede’s inspired interpretation and execution conjuring rich and delicate slow movements and furious fast ones.

Johann Sebastian based his Musical Offering on a theme played in 1747 at the Court of Frederick II of Prussia by Frederick himself. Seemingly keen to show that J. S. had an “old-fashioned” outlook to music, the King challenged him to improvise a fugue based on his theme. Bach improvised a three-part fugue on Frederick’s fortepiano but insisted that he could do better and later that year produced his full Musical Offering, which he flatteringly dedicated to Frederick. Beautifully played, the four-movement Trio Sonata from it sparkled with enthusiasm and personality.

For an encore Musica ad Rhenum enchanted with the finale of the last of Telemann’s ‘Paris’ Quartets (Telemann was the godfather of C. P. E. Bach) and played with typical affinity.