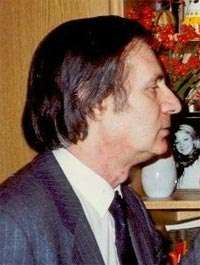 The UK premiere of Alfred Schnittke’s student cantata “Nagasaki” (1958) was certainly the attraction of this Prom. “Nagasaki” is a recent discovery for Valery Gergiev (although a recording of it was issued on BIS a couple of years ago, BIS-CD-1647), a “war oratorio” that chimes in nicely with Shostakovich’s Eighth, the last of his so-called “War Symphonies”. Of course, Shostakovich’s influence is heard in the Schnittke, as well as other discernible voices (Orff and Hindemith principal amongst them; also, there are moments that suggest Britten, seeming to invoke, consciously or otherwise, the world of “Peter Grimes”). “Nagasaki” was, after all, a graduation piece. The suggestion for the piece came from the composer’s professor, Yevgeny Golubev. Schnittke sets a variety of poets: Anatoly Sofronov, Eisaku Yoneda and Shimazaki Tōson.

After graduation, Schnittke expressed a wish for the piece to be performed in a festival organised by the Soviet Composers’ Union. It was rejected on the grounds that he was “forgetting the principles of Realism in music”. In the third movement, the portrayal in atonal musical language of the atomic bomb was, for the committee, the prime reason for the rebuff. In rewritten form, the piece was broadcast in 1959, but the first public performance had to wait until November 2006 in Cape Town, South Africa.

The cantata is scored for a huge orchestra, including eight horns, quadruple woodwind, theremin and a barrage of percussion. The performance was all one could wish for. The London Symphony Chorus was in fine fettle, strong, beautifully balanced and an imposing presence. The London Symphony Orchestra strings made a heavenly sound in the first movement, and the more punchy moments made a massive impression in the Royal Albert Hall. Some of the gestures sounded particularly cinematic, the bomb’s depiction replete with clusters and Stravinskian angularities. It is certainly cacophonous. It is followed by a determined fugue; out of all this comes, “Alexander Nevsky”-like, a movement for solo mezzo (‘On the ashes’), here with the impressive Elena Zhidkova. The otherworldly sound of the theremin underlined the sense of disbelief (“I walk quietly on this scorched land / cinders glow in the winter sun”). This was very touching and yet extremely harrowing.

The finale, ‘The Sun of Peace’, is the longest movement. Schnittke planned to end the piece in tragic fashion, but the Composers’ Union objected and so the music ends luminously. Here, ensemble was not always spot on – it was clear that Gergiev was taking some risks. There was also the suspicion of over-scoring: at one point all of the horns were playing ‘bells-up’ but were absolutely inaudible. The climax was absolutely huge, and when it was cut off, an organ chord was left, sustained. The work ended on a massive, glowing chord that Gergiev seemed to hold forever.

What was so surprising about the first movement of Shostakovich 8 was that Gergiev seemed to highlight the beauties over than the brutalities. There was a tissue-paper delicacy to all of the quiet moments. In tandem the amount of audible detail was stunning, even in the Albert Hall. The flip-side was that climaxes in the first movement, although loud, were not fully involving. It was Christine Pendrill’s cor anglais solo that resonates most tellingly in the memory, for it was here that one felt most attuned to Shostakovich’s world.

This blunting of the first movement was, it appears, deliberate, for there was no such impression in the spiky second movement Allegretto, with its superb, dismissive crescendos and manic writing for E flat clarinet. And yet the third movement again held a feeling of being reined-in as well as exhibiting the occasional lapse in ensemble. Finest of all was the Largo; the sinewy lines and the wistful flutter-tongued flutes all made an impression; the horn solo was delicate, almost understated. The finale returned to the question-marks that hung over the first movement. There was the distinct impression that it was not working, despite some exemplary solo contributions (Katherine Lacy on bass clarinet, and leader Anton Barakhovsky). A mixed performance, then.