In a weekend of smiles and fancy footwork, the BBC Proms’ innovation shone through this extraordinary set of twelve concerts and a wealth of chamber and instrumental music and intriguing programming. This was a special birthday party – a celebration of ten years of the BBC’s New Generation Artist scheme, masterminded by Adam Gatehouse.

But this was the first time the scheme could shine in its own right in these twelve hugely enjoyable concerts. It is important to recognise how much work has gone into the organising, for the artists but also the backstage crews, page-turners and radio engineers.

The statistics are mind-blowing. Of the seventy artists and ensembles the scheme has nurtured (usually in two-year periods), 41 were represented over this weekend – of which eight were ensembles; in total, 82 musicians were involved. That would have been 83, but Christine Rice was indisposed. Given the 45 works it seems incredible that there were just three interlopers: double bassist Luis Cabrera, baroque cellist Tim Sedley and jazz pianist Richard Fairhurst. 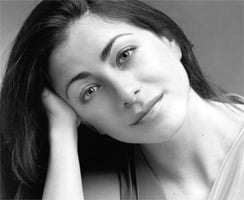 The first day at Cadogan Hall ended with another 1934 collection with Delius’s Cello Sonata with Natalie Clein, Holst songs, with both Andrew Kennedy and Jonathan Lemalu, and Jennifer Pike’s committed performance of Elgar’s Violin Sonata (all these composers died in that year). While Tom Poster (from the Aronowitz Ensemble) was at the piano for most of the concert, Jennifer Pike accompanied Andrew Kennedy in Holst’s Opus 35 songs, settings of medieval texts. In medieval times, popular music was probably accompanied by a string instrument, or lute, and so, although unusual, Holst’s choice was probably rather apposite.

For the final concert of the second day it was again the tenor – this time Allan Clayton – who stood out, also with an unusual accompaniment. Whereas Alison Balsom’s baroque trumpet had the backing of Mahan Esfahani at the harpsichord (and Tim Smedley on baroque cello), Clayton was paired with Esfahani at the fortepiano for three exquisite Haydn songs. The fortepiano had a beautiful tone, not just a ‘precursor’ to the modern grand, but a subtle rounded instrument in its own right, and Clayton matched it with colour and wit in his three Haydn English settings. Neither Elizabeth Watts nor Daniela Lehner achieved such heights in the Handel excerpts – each singing a solo piece, before joining for the duet “Sono liete, fortunate”. 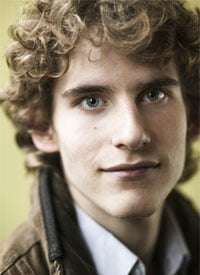 This same recital ended with a substantial Mendelssohn work, his Second Piano Trio, delivered freshly, in the vibrant hands of pianist Shai Wosner, violinist Tai Murray and cellist Andreas Brantelid. Together they applied all the force Mendelssohn required in the first movement and passion in the finale, and exquisite expression in the slow movement. As was often commented upon over the weekend, one of the aims of the scheme, and its strengths, is the bringing together of artists to forge new partnerships and to reinvigorate the chamber repertoire.

Solo works were also heard. In a strand that connected all the days’ second concerts, there were solo Bach works followed by, on Saturday and Sunday, solo Hungarian works. After violinist Alina Ibragimova’s sinuous Bach Partita No.3, the abrasive force of Bartók’s Sonata was left in the more-than-capable hands of violinist Tai Murray, making her first of three appearances over the weekend. A similar contrast on Sunday, although Maxim Rysanov’s viola transcription of Bach’s Cello Suite No.4 was rather hesitant and underpowered in the ‘Prelude’. ‘Underpowered’ was not a word that could be levelled at Danjulo Ishizaka’s thrilling performance of Kodály’s Solo Cello Sonata that followed, leaving an even stronger impression than Murray’s Bartók.

On the final day, Bach was still present, Sharon Bezaly and Mahan Esfahani giving a Sonata in E flat (attributed) and the famous ‘Badinerie’, Bezaly’s golden flute flashing as much as her smile. Bach returned at the end in a belated Proms nod to the 50th-anniversary of the death of Brazil’s greatest classical composer, Heitor Villa-Lobos. We heard a Prelude and a Fugue from his transcriptions of Bach for eight cellos, at least one of them a little sour in this performance, a tuning indiscretion thankfully remedied by the time Ailish Tynan appeared, in brilliant orange, for Villa-Lobos’s popular Bachiana brasileira No.5. It was at this performance that the Szymanowski Quartet’s Marcin Sieniawski stepped in at the last moment when Andreas Brantelid fell ill. 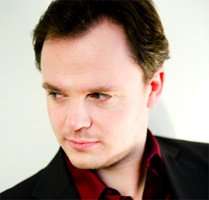 The centrepiece of this recital was a memorable work – pianist Ashley Wass’s world premiere performance of John McCabe’s Study No.12 (Sonata). Although stated as a homage to Michael Tippett, it did not attempt Tippett’s style, but secured its own musical trajectory with initial material coming back towards the end. In Wass’s eloquent hands it immediately hit home

Wass had already appeared with Simon Crawford-Philips (pianist with the Kungsbacka Piano Trio) in Stravinsky’s two-piano version of The Rite of Spring. Although the timbres are nowhere near as varied as from an orchestra and, sometimes, the unremitting percussive nature of the piano itself grated, this was an Herculean performance, in which both players were attuned to their parts, and was a highlight of the weekend. Their performance followed Simon Trpčeski’s wonderful clutch of Chopin Mazurkas and Mendelssohn’s Songs without Words (the two Gondola Songs enhanced by Trpčeski’s creaking piano stool).

Later that afternoon, after Christian Poltéra’s engrossing performance of Britten’s Third Cello Suite, and the Szymanowski Quartet’s luminous rendition of Schubert’s String Quartet in C (D956), joined by cellist Claudio Bohórquez, the weekend came to a glorious close, with another sure-fire winner of a concert. Here Stravinsky’s witty suite from The Soldier’s Tale introduced a jazz-inspired programme, featuring two NGA composers – trumpeter Tom Arthurs and pianist Gwilym Simcock, both represented by co-commissions by the BBC and Royal Philharmonic Society. 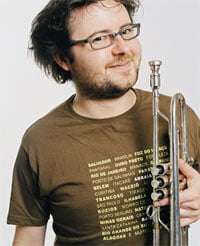 Arthurs’s And Distant Shore is a companion piece to his Postcards from Pushkin premiered at this year’s City of London Festival, and – indeed – gets its title from a Pushkin poem. Adding a second trumpet to Postcards, And Distant Shore unusually plays to the instrument’s more restrained character, with much of the music for the two instruments in unison, as well as affording each player an extended solo section. Arthurs was joined by fellow-NGA trumpeter, and principal trumpeter of the Leipzig Gewandhaus, Giuliano Sommerhalder. Restrained and nostalgic, And Distant Shore was beguiling.

Equally involving was the second performance of Gwilym Simcock’s Contours written for the six strings of the Aronowitz Ensemble, with Simcock himself taking the pianist’s place. Partially scored and partially improvised, this extended work allows each of the seven players to shine. Its effects are subtle and melt into one another seamlessly, so that it is a jolt when Simcock himself stands up and leans into his piano to brush the strings.

It was these newly composed jazz works that offered reflective contrast to 1920s’ scores that opened and closed this concert. Both featured violinist Ilya Gringolts, clarinettist Ronald van Spaendonck and pianist Llŷr Williams. Martinů’s La revue de cuisine was only the third work this year commemorating the 50th-anniversary of the death of this great Czech composer. With Sommerhalder, cellist Li-Wei and bassoonist Helen Simons (from the Galliard Ensemble), the joyous march, tango, charleston and finale fizzled and popped with plenty of effervescence for a wonderful ending to the whole enterprise.

The penultimate concert on Sunday had also included Martinů – his Promeandes for flute, violin and harpsichord. Mahan Esfahani and Tai Murray were back, this time joined by Emily Beynon (principal flautist of the Royal Concertgebouw Orchestra). The recital had opened with violist Antoine Tamestit and pianist Shai Wosner in Schumann’s lyrical Adagio and Allegro. Daniela Lehner lacked idiomatic singing in Brahms’s Two Songs for alto and violas, and there was also Alice Coote’s sparkling appearance in four Mahler songs from “Des Knaben Wunderhorn” The addition of gestures was not necessary. 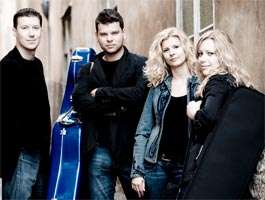 The opening concert, on Saturday, had brought together two string quartets. To start, the Pavel Haas Quartet played Beethoven’s granite-hewn Fourth Quartet from Opus 18, before being joined by percussionist Colin Currie, with his select battery of instruments and objects, for a performance of a work composed specifically for them last year, Alexander Goehr’s Since Brass, nor Stone …. Given the ensemble’s name, Goehr dedicated the work to Pavel Haas and much of the music had the air of Haas’s fate in Theresienstadt and Auschwitz. The use of percussion was perfectly judged, complete with (quiet) lion’s roar, stones and gentle glockenspiel. Certainly a work to hear again. The Jerusalem Quartet next gave a knock-out performance of Haydn’s penultimate quartet, the one in G (Opus 77/Number 1). 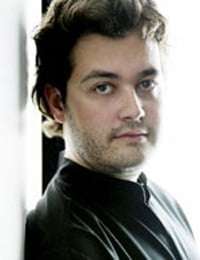 Other musicians came together in the penultimate concert that day. The Kungsbacka Piano Trio were joined by violist Lawrence Power for a fine performance of Mozart’s Piano Quartet in E flat (K493). They were followed by three players from the Aronowitz Ensemble and the wind-quintet Galliard Ensemble, together with double bassist Luis Cabrera, for Spohr’s spirited Nonet. Given the unusual line-up (violin, viola, cello, double bass and wind quintet), there are few chances to hear such a work – and this was the perfect opportunity to sample its delights.

One other stand-out whole concert, which opened Sunday’s proceedings, contained four pieces and four string quartets to play them. The Finnish Meta4 played Haydn (Quartet in D, Opus 20/Number 4), while both the Psophos and Royal Quartets played to their national strengths: the French Psophos playing Debussy’s String Quartet, and Poland’s Royal Quartet playing the first of Szymanowksi’s. A semicircle of 16 music-stands and chairs for the final work, for four string quartets! Joined by the Pavel Haas Quartet, the four quartets, sitting together as four separate ensembles played Johannes Bernardus van Bree’s utterly delightful Allegro. He was up there with Brahms and Bruckner in 19th-century Holland – his portrait adorns the top of the Concertgebouw’s ceiling with other great composers. The work was a joy..

And that was the same for the whole weekend. With audience and artists spilling out onto the street outside Cadogan Hall buzzing about great performances and new finds, this was a truly celebratory weekend. Smiles were the order of the weekend. There was laughter, too. Mahan Esfahani and Shai Wosner left Sara Mohr-Pietsch without her microphone as they vied to describe the differences between harpsichords, fortepianos and concert grands, and Ailish Tynan had the audience in stitches about the problems designers had in sorting her costumes for opera performances.

The musicians’ total involvement with the music was striking from the start. Following Veronika Jaruskova from the Pavel Haas Quartet who, even though sitting, seemed to be on tiptoes throughout their performance, the lads from the Jerusalem Quartet positively danced their way through their Haydn, with cellist Kyril Zlotnikov flexing his right foot to show his sole at various cadences, and violist Amihai Grosz raising his whole left leg and straightening it at the end of a musical paragraph. Meta4 flexed their knees as they flowed with the music in their standing positions as Ilya Gringolts did in The Soldier’s Tale (again standing up).

Being at one with the music is what the NGA scheme is all about. Seeing these artists over one weekend revelling in great music and new-found combinations of ensembles, one felt secure that the doom-mongers of classical music are all wrong. It is alive and well.