On the opening day of the Beijing Games, Chen Yi’s Olympic Fire received its world premiere. Although born in China, the composer now lives in the US as an American citizen but divides her time between Kansas City as a professor at the University of Missouri-Kansas, and Beijing, working at the Central Conservatory. 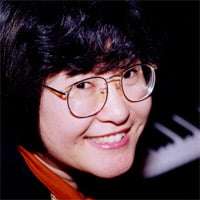 Olympic Fire is not specifically to celebrate the Games, but rather looks forward to 2012 and the London version in an effort to capture the spirit of the Olympics rather than a specific location. Chen Yi says that she has tried to evoke “the image of fire, not just as a physical power but as a spiritual power … to embody the idea of different cultures meeting and transforming”. Chen reckons it is the most direct piece she has so far written for orchestra. She tends to combine elements of both Eastern and Western music and setting traditional Chinese folk-music against more modern styles. She began her musical studies at age three on the piano and the violin, but during the Cultural Revolution she had to work in a labour camp for two years where she came to appreciate the Chinese musical heritage.

The new work is a mixture of East meets West. After a brassy and percussive opening of incisive chords, comes a rushing section in a sort of extended fanfare with much use being made of the xylophone in what sounds like a Morse-code message. That instrument gives the piece its Chinese feel whereas later in this 11-minute piece there are further brass flourishes and particularly good use of timpani. Chen Yi has worked with the Peking Opera and she combines this sophisticated music with that of the Chinese folk idiom, providing variations on both forms. Olympic Fire is an attractive piece that could well go into the general repertoire. If, on the opening day of the Beijing Games, Chen Yi didn’t necessarily deal with the politics of the Games, it could represent a rapprochement for sports-people around the globe. If the Olympic Games are to bring people together in concord, while the spotlight is on Beijing, perhaps musicians such as Chen Yi should have their say on China’s autocratic government.

Many composers – including Brahms, Liszt, Schumann, Boris Blacher and Lutoslawski, not to mention Andrew Lloyd Webber – have all taken Paganini’s 24th Caprice (for solo violin) as the basis for a set of Variations. Between the First and Second Wars, Rachmaninov found little time to compose. Instead he had to earn money as a concert pianist, often playing his own works. In 1934 he took Paganini and the ‘Dies Irae’ to produce an eminently likeable piece, full of wit and passion, contemplation and wisdom. 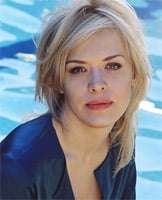 Although not programme music as such, the Rhapsody in effect takes the life of Paganini himself who sold his soul to the Devil for the love of a good woman. Cast as an Introduction, Theme and 24 Variations as a one-movement piano concerto, the piece runs the gamut of emotions, taking in life, death, love and the devil. The music ranges from the deeply moving through the exciting, to the downright demure. The ‘18th Variation’ is the big love melody, background music to many films, most famously in “The Story of Three Loves” (1953) but also in “Dead Again”, “Groundhog Day”, “Ronin”, “Sabrina” and “Somewhere in Time”.

Russian soloist Olga Kern gave a fine account of the piece, with good, clean playing that was positive and assured, full of fresh ideas and a few mysterious ones too and by the time Kern had reached the ‘18th Variation’, the Tingle Factor had really kicked in. Leonard Slatkin evinced a lush and vivid accompaniment and the big build-up to the anticlimactic finale was well handled. 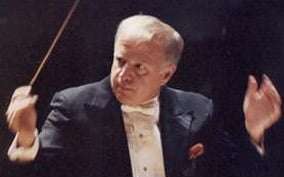 The concert’s second half was devoted to music by Ralph Vaughan Williams. Five Variants of ‘Dives and Lazarus’, a folk-tune known under various names, according to region. In Ireland it is “The Star of the County Down”, in Scotland it’s “Gilderoy”, in Norfolk “Maria Marten” and elsewhere is known as “Cold Blows the Wind” and “The Thresher”. Written for strings and harp, it is not dissimilar to Vaughan Williams’s Tallis Fantasia and moves the piece along slowly but surely. Slatkin and the RPO did the work full justice as a beautiful entr’acte before the main event, the Sixth Symphony.

In this magnificent work Vaughan Williams surprised the symphony’s first audience, which was fazed by the power and sheer strength of the work. Coming immediately after the Second World War, it was thought to be the composer’s reaction to it. Although he denied this, it nevertheless became labelled as his ‘War Symphony’. Whatever its inspiration it was immensely popular instantly and had 100 hundred performances in its first year. The composer revised the piece in 1950.

It has four movements, played without a break. The first begins as if suggesting the cacophony of war in a big, expansive tune and a swirl of conflict that subsides to a more romantic and beautifully harmonic theme that seems to sum up the futility of war. After a brooding and eruptive Moderato, the brutal scherzo incorporates a jazz theme (‘Swanee’), which apparently reflects the composer’s reaction to the killing of a jazz-band leader during an air raid. Following a cathartic conclusion the finale (sempre pp e senza crescendo) that leaves in no doubt that a bleak and barren future lies ahead in a world already half dead and buried.

Slatkin and the RPO gave a terrific and sensitive account of this great work, full of pathos but never mawkish even in that beautiful envoi to the first movement. It is arguably Vaughan Williams’s most accomplished symphony and certainly his most moving.