Coming at the tail-end of one the most sensational Proms seasons in living memory, and following three consecutive sell-out nights, it was perhaps inevitable that Orchestre de Paris’s less eye-catching programme would not attract a packed crowd. But I was not expecting the Royal Albert Hall to be quite so sparsely populated (just over half full), and felt embarrassed at such a meagre reception for the French visitors. I won’t give away the ending yet, but suffice it to say that I needn’t have worried too much: they were eventually made to feel very welcome. 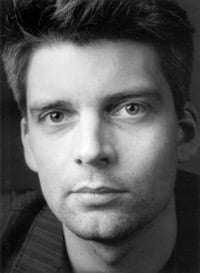 Without an overture-type piece, the single work in the short first half was Matthias Pintscher’s 1999 ‘dramatic scene’, “Hérodiade-Fragmente” – receiving a belated Proms performance (two years ago a fire at the RAH cancelled the Philadelphia Orchestra concert, Christoph Eschenbach conducting then too, in which it was scheduled).

A setting for soprano and orchestra of Mallarmé’s late-19th-century monologue for Herodias, the decadent 1st-century Judean royal, the 22-minute work is gritty, intense and thrilling. Eschenbach and his Parisian players gave a committed, compelling performance that made the most of Pintscher’s highly imaginative (but never gimmicky) soundworld. Extremely economically scored, every note counted – a sadly all-too-rare observation about new music. Moments of terrific orchestral power carried all the more impact for contrasting stretches of great intimacy – including mesmerising use of long silences and near-silences that perfectly caught the languid self-obsession of the text. 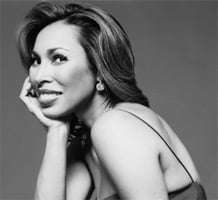 Marisol Montalvo, inhabiting the role of Herodias, coped well with the demanding rigours of Pintscher’s writing, giving a fully engaging, dramatic performance; but there was not enough subtlety or contemplation in her reading, which resorted too often to all-purpose hysterics that shed little insight on Herodias’s complex, contradictory state of mind. This was a shame, but Eschenbach’s conviction ensured that the performance had tension and genuinely captivated.

Despite some admirably quiet and controlled playing, there were too many orchestral blemishes in the opening to Mahler’s First Symphony to successfully evoke the required sense of hushed tranquillity (although the shameful barrage of insensitive coughing from the audience did not help). However, the first movement was well-characterised, with an effective lightness and engaging serenity – aided by solid, radiant playing. The brass climaxes blazed magnificently.

The infectious Ländler sweep of the second movement was earthy and uplifting; Eschenbach and company just wanted a little more abandon in the concluding moments. The folksy character was impressively maintained in Mahler’s funeral-march parody, with well-nuanced and poised playing that fully embodied the spirit of the music. The woodwind solos were especially beautiful – although the calm stillness immediately at the end was unfortunately wrecked by an errant oboe squeak.

A bit more fire at the outset of the finale was needed, and tension tended to sag in the quieter passages; but the final climax was satisfyingly electric, with exciting momentum and an especially glorious sound from the seven-strong standing-at-the-end horn section.

It’s impossible to say whether or not a fuller house would have inspired that fraction more intensity and compelling drive to make this a truly great performance. But what the audience lacked in numbers was more than made up for in enthusiasm. Eschenbach and his Parisians were given a genuinely ecstatic, heart-warming reception and responded with a joyfully ebullient account of ‘Dance of the Comedians’ from Smetana’s “The Bartered Bride”.