Magnus Lindberg’s reputation as one of the leading composers of his generation and the most influential since Sibelius in his native Finland probably wasn’t the main reason most people turned out for this Proms on a glorious late summer’s evening – but they may have left the Royal Albert Hall thinking that Seht die Sonne was the highlight in a decidedly mixed bag from the Oslo Philharmonic and Jukka-Pekka Saraste.

Commissioned by Simon Rattle, Seht die Sonne (Behold the Sun) received its premiere in Berlin last year. The title is lifted from the final chorus of Schoenberg’s “Gurrelieder” that ends in an upbeat C major, which Lindberg acknowledges with the opening sustained chord.

Taking a little less than 24 minutes in this performance, seemingly a few minutes shorter than the Berlin Philharmonic’s American premiere (link below), Seht die Sonne involves huge forces and shoehorns three movements into one encompassing a multifarious number of styles from late-Romanticism to Modernism with more than a passing nod to Sibelius. Whether Seht die Sonne is as an abstract musical statement or more literally a homage to the power of the sun, the music certainly conjures up vast elemental landscapes, an organic sense of the day unfolding and a oneness with Nature itself – reminiscent at times of Richard Strauss’s An Alpine Symphony; Sibelian too in its vast sense of space and inhabiting a distinctive soundworld. Lindberg’s command of the orchestra and shaping of his music into a whole is so impressive. Saraste and his orchestra responded with a performance of power and precision. 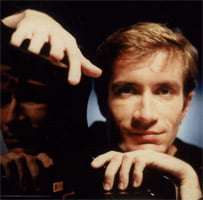 Nikolai Lugansky is a stylish and brilliant technician, well equipped to deal with this Everest of piano concertos. This performance of Rachmaninov 3 had so many good things. There was an instant rapport between soloist, conductor and orchestra. Saraste’s sympathetic accompaniment allowing the soloist’s quicksilver finger work full rein. Tempos were swift but felt spot-on. Lugansky’s playing was delightfully natural and free of artifice, all the technical challenges dispatched with consummate ease. The climax at the end of the first-movement development section was beautifully judged and utterly thrilling, the choice of the swifter and shorter cadenza propelling the music forward. 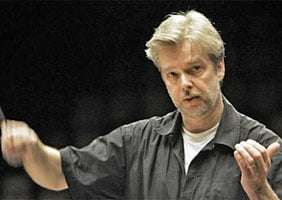 And yet, for all this, there was a slight lack of emotional engagement on the part of the pianist, finding neither the poetry of a more reflective approach nor a fire and brimstone one. Lugansky and Saraste sailed a middle course that made for a highly accomplished, eminently listenable and ultimately rather bloodless performance that needed a few rougher edges to really catch fire.

This slight sense of disappointment was nothing compared to a distinctly underwhelming performance of Sibelius’s First symphony. Maybe this orchestra and conductor have become too familiar with this work or maybe it an off night. The only saving grace was the wind section, lively and full of character – in contrast to the strings, which sounded tired and lacklustre. The first movement never got off the ground due to Saraste’s tendency to force the pace and then rein back on the second subject theme, which disturbed momentum the disjointed the structure, an episodic approach that rather blighted the second movement. The scherzo was hard driven and lacking lightness of touch, the finale being tired and perfunctory.

To Norway for the encores, a deliciously tranquil Velkomme Med Aera (Welcome with Honour), a Hardanger melody arranged by Geirr Tveitt, and a sprightly foot-tapping extract, the opening music, from Grieg’s extensive score for Ibsen’s “Peer Gynt”.