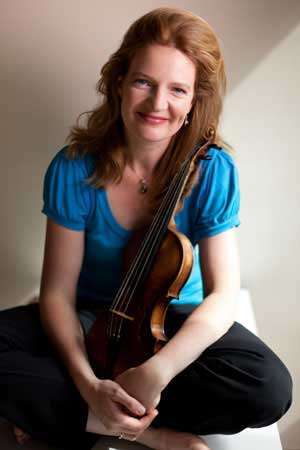 This hour of lunchtime music revealed not just the composer’s working life but his rapidly changing moods, expressed through music of a short attention span, jumping restlessly between phrases. Yet the early work with which we began was the most conventional of the four, a Trio-Sonata written when C. P. E. was in his late teens. Scored for violin, flute and continuo, with Tomasz Pokrzywiński playing his cello in the style of a viola da gamba, the piece is elegant and refined. Podger, Katy Bircher and Kristian Bezuidenhout applied attractive ornamentation to the melodies. The continuo, subtly shaded in the first movement, explored richer colours in the second, where Bezuidenhout’s legato was beautifully shaped. The brightly coloured finale was more obviously brillante than vivace.

Podger proved an entertaining and insightful commentator in conversation with Petroc Trelawny, where she promised “a lot more drama” in the more mature Violin Sonata. The work – an equal partnership of violin and fortepiano – proved an early harbinger of Sonatas for this combination by Mozart and especially Beethoven, whose own C minor sonata (Opus 30/2), shares its stormy outlook. The first movement was a sorrowful lament, Bezuidenhout’s left-hand suggesting graceful poise of a cello, while the second was an Adagio that plumbed emotional depths, thanks again to the sensitive dynamics of the pianist, whose rippling arpeggios were exquisite. Podger’s contribution was beautifully phrased, too, the pair applying slight rubato that contrasted with the vigorous finale, a toccata in which the players traded musical counterpunches. 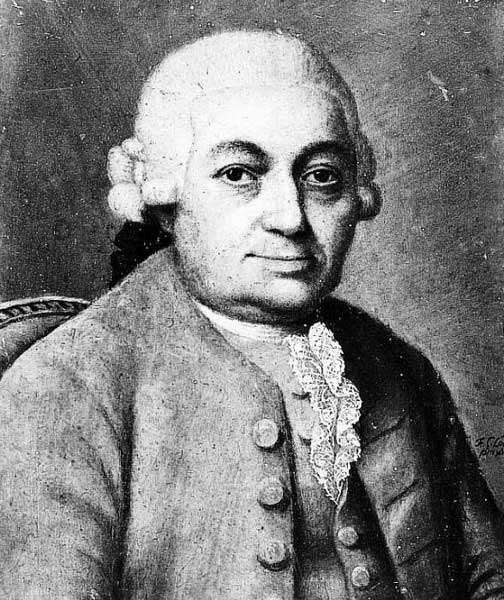 It was good to hear an example of C. P. E.’s technically challenging keyboard Sonatas, supposedly suitable for amateurs but on this evidence only attainable by those with much time for practice! Although C. P. E. Bach marked the first movement Allegretto Bezuidenhout was keen to point out its many departures from that marking with quick, clipped phrases and painstaking attention to dynamic extremes. Thus the hyperactive, restless presence behind the music was fully revealed, and neither the slow movement – poignant phrases alternated with pained outbursts – nor the finale, its distinctive motif blown around like a feather, disproved this evidence.

Finally we were treated to what Podger termed “an opera without words”, whose leading characters Sanguineus and Melancholicus were taken by Podger and her fellow-violinist Bojan Cičić. The composer’s idea was to act out a joust between the opposite ends of the emotional scale, with music to match – and so Podger’s part was irrepressibly happy, with Cičić and the continuo inconsolably sad, all playing their parts to maximum and humorous effect, with the tortured, muted lines of Cičić exaggerated by his hangdog expression. Gradually the positive music won him round and when the two violins were in duet the sound was wonderful – complemented by the sensitive continuo. By the end the group had achieved their objective – and all was sanguine in Cadogan Hall.