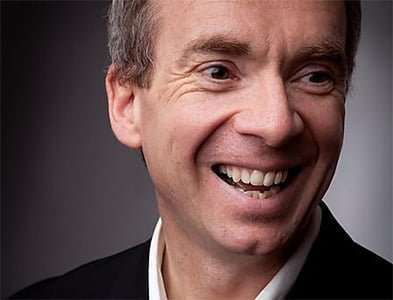 To mark the centenary of Benjamin Britten’s birth, BBC Proms director Roger Wright has wisely opted for quality rather than quantity in the programming, discreetly placing a mix of the favourites and lesser-known works throughout the season. This hour-long-plus recital, given the title “Britten Up-Close”, adhered to the brief while illustrating the breadth of text Britten read and ultimately set from all over the world, his choice of texts being the principal secret behind the effectiveness of his verse-setting, here a wealth of material from the Old Testament to the last century, giving a number of difficult but surmountable challenges for the singers.

James Gilchrist and Imogen Cooper began with one of Britten’s most profound love letters to Peter Pears, a setting from the Song of Solomon. This was a relatively restrained but extremely florid account, a tender and heartfelt declaration of devotion, Gilchrist singing with great clarity and Cooper enjoying the piano’s occasionally flowery accompaniment. The subtle magic of Britten’s harmonic motions was nicely highlighted, as were certain moods the composer was keen to stress, such as the playful possessiveness Gilchrist exhibited towards the end of the third verse, singing with a half-smile to lighten the mood. 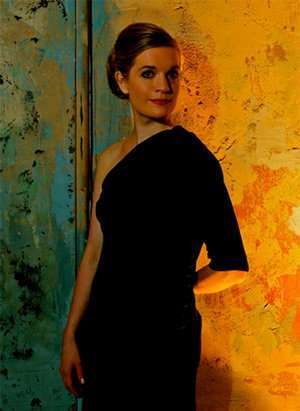 Ruby Hughes, a relatively late replacement for the mezzo Christianne Stotijn, also opted for a ‘less is more’ approach to Britten’s collection of five lullabies, although in the fourth song, ‘A Charm’, there were stern admonishments to those clearly not willing to doze off! Hughes’s mock-exasperation was clear in her asides to the audience. Meanwhile ‘Sephestia’s Lullaby’ assumed a bittersweet Mahlerian countenance, thanks to Cooper’s emphasis on dissonance, while the amusing Burns setting ‘The Highland Balou’ had some tastefully bluesy slides. Rather beautifully, the seraphic performance of ‘The Nurse’s Song’ led straight into ‘Notturno’, with which it shares the key of B flat. In a brief chat with Petroc Trelawny, Cooper realised she may have inadvertently given the French premiere of this piece. Written in 1963 for the Leeds International Pianoforte Competition, the score was sent almost immediately to Cooper’s student accommodation in Paris by her father, the critic and writer Martin. She gave an affectionate account here, keeping the soporific mood, though there was more terse music in the middle, the sleeper temporarily agitated.

The rather strange Songs from the Chinese followed – strange because of Britten’s unusual musical language and the relatively (then) untried combination of tenor and guitar. These settings were written for Peter Pears and Julian Bream, although as Gilchrist tactfully explained it was not necessary to try and copy Britten’s dedicatees. This performance was soft dynamically but very detailed, especially in the third poem ‘The Autumn Wind’, where the flighty guitar lines wove around the tenor’s voice. Elsewhere Gilchrist had a slight husk in ‘The Old Lute’, while the ‘Dance Song’ raised eyebrows with its oddly enchanting refrain “Alas!”.

There followed a powerful performance of Canticle II, Abraham and Isaac, originally written for Pears and Kathleen Ferrier, and then later tried with a boy alto as Isaac, and here with Hughes using the lower regions of her soprano range. Britten calls on the two singers to unite when the Voice of God is heard, and here the dramatic combination was further exploited as Gilchrist and Hughes sang these lines facing outward, their backs to each other. As the two respectively assumed their parts as father and son the tension slowly but surely built towards the moment when Abraham was to kill Isaac as a sacrifice to God. A crushing fortissimo from Cooper gave forceful notice of this, the knife poised to deliver the blow, but the relief of God’s intervention, stopping the sacrifice, was extremely well communicated by the two singers, who ended facing each other in celestial harmony.

It was a brave decision indeed to ask for more music after this, one of Britten’s most dramatic vocal works, but it was ultimately a success to have the singers return for the light-as-candyfloss folksong arrangement of Master Kilby. This was given with carefree gestures and a flourish from Christoph Denoth.