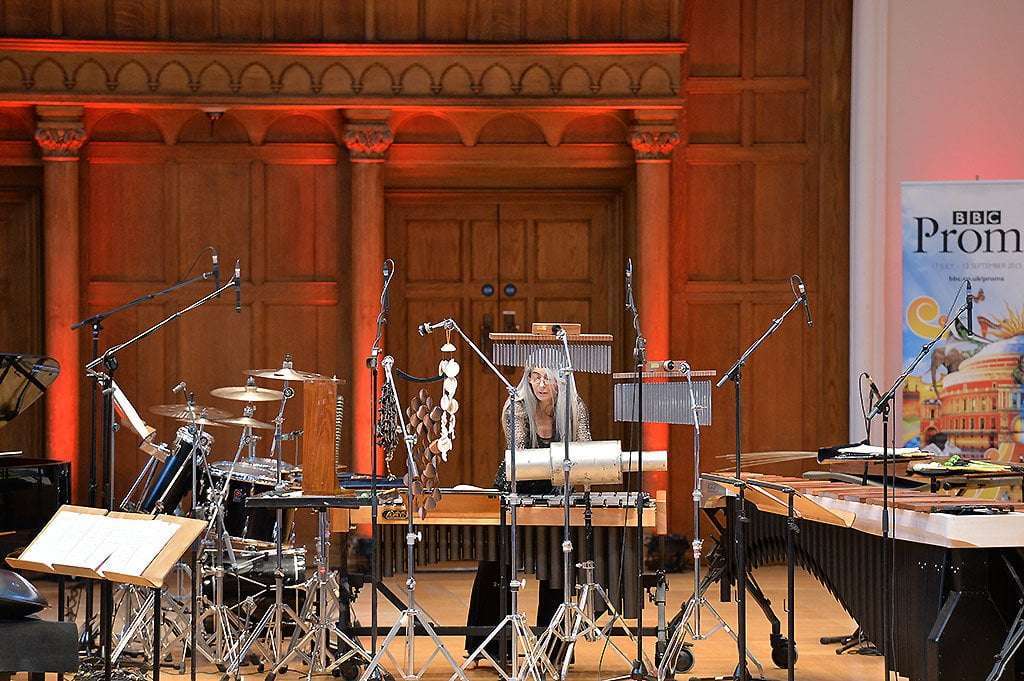 Three weeks after her 50th-birthday (19 July), Evelyn Glennie returned to the Proms for this lunchtime concert, with regular recital partner, Philip Smith, twenty-six years after their first appearance at a ‘late-nighter’, then at Kensington Town Hall. Plus ça change – then there were five Proms premieres and a world premiere, and at Cadogan Hall there were two of each. That’s the nature of solo percussion, which Glennie has done much to fashion.

Back in 1989 Glennie introduced Michi by Japanese marimba-player Keiko Abe, and at this lunchtime recital there was another Abe newcomer to the Proms festival, composed 20 years ago, Prism Rhapsody, which, together with the closing work, John Psathas’s View from Olympus, framed the concert with music originally written with ensemble accompaniment. Here, though the marimba was accompanied by Smith on the piano and Glennie herself on various other instruments, starting with an a zither-esque instrument with extended wires, spread open like some skeletal wing, which she struck to create pitched resonant buzzing sounds, before attacking the marimba with relish usually with six mallets, arranged three per hand like Edward Scissorhands. At hardly any point was the sonorous marimba used quietly to form subtle, vibrating chords, though Saint-Saëns-like rattling (à la Danse macabre) brought the piece to a close with thundering piano.

Glennie’s own Orologeria aureola (Clockwork Halo), co-composed with cellist Philip Sheppard, who contributed his instrument to the accompanying recording along with Glennie on marimba, is for halo and tape. The halo is like an inverted steel drum, played on one’s lap. You can choose tones and strike the halo with open palms or your fingers. Orologeria aureola contrasts the repeated halo rhythms with the atmospheric tape and is well-mannered enough to know when to stop. 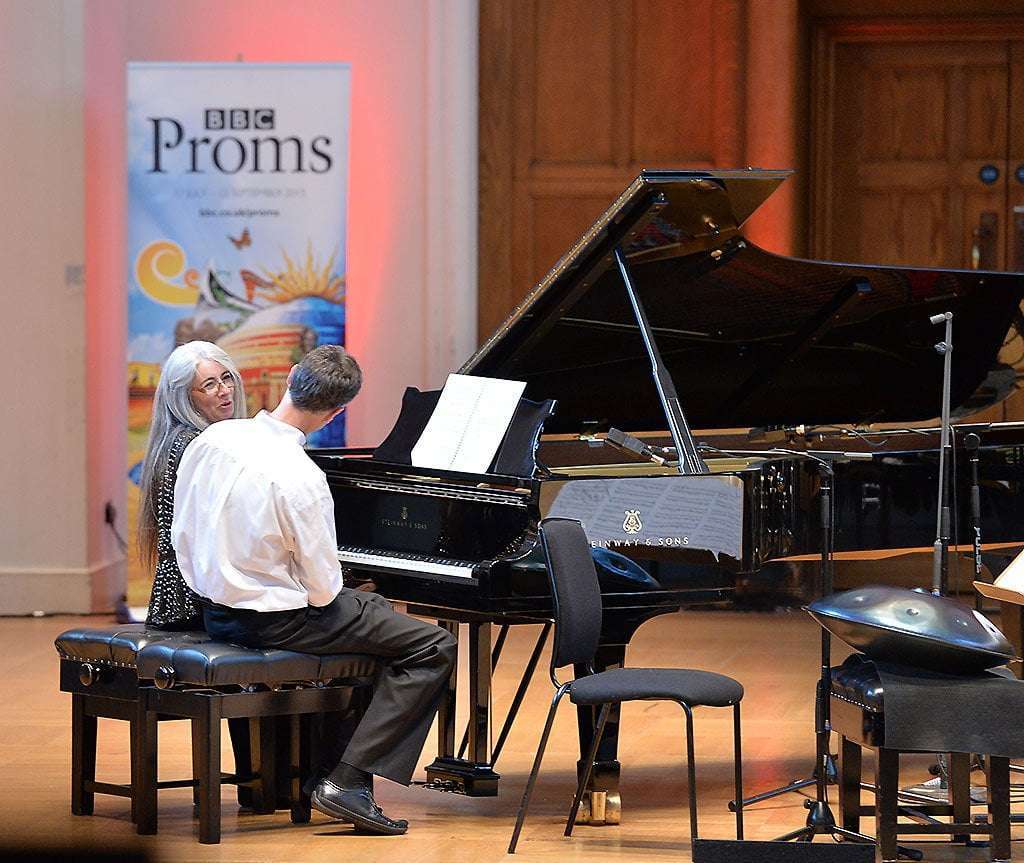 An even newer instrument is the aluphone – 36 vertically suspended aluminium discs in two rows in descending size – for which Bertram Wee has written Dithyrambs, and for which a decibel warning was given and earplugs handed out. Using various beaters (and the wooden ends of them), Glennie tinkled, teased and tickled the higher register before sounding the deeper discs, which certainly could build to a terrific volume. Another work that did not outstay its welcome.

Finally, from regular Glennie composer, New Zealander John Psathas’s View from Olympus, originally composed for the 2000 Manchester Commonwealth Games. For practical reasons, fifteen years on Psathas has revisited it and made a digitised version of the orchestra, leaving Smith and Glennie to play their original parts. Cast in three-section form, with the central one slower, this fulfils the nature of a ‘double concerto’ very well, even if I found it very odd to have the orchestral (and, sometimes confusingly, additional percussion parts) emanate from speakers either side of the stage. The calm and focus of the middle section works best, but there’s no doubting the thrilling rhythmic punch of especially the finale. Using a greater variety of instruments than elsewhere in the programme, including two sets of suspended chimes, agitated separately, and a variety of drums and cymbals, Glennie was given an ever-greater bare-footed workout before the roaring finish.

As an encore, Glennie and Smith returned with another Psathas piece, Fragments, Glennie joining Smith at the piano, playing to the instrument’s lyrical rather than its percussive side.